There has clearly been a shift of emphasis this season with the treatment of the powerunit and ancillaries playing just as much a pivotal role in performance as the aerodynamic side of things. Cooling is of course just as pivotal whether it be the old V8's or the current powerunits and so Lotus made a mild revision to their package for Barcelona with a bulge appearing on the top of the left hand sidepod. 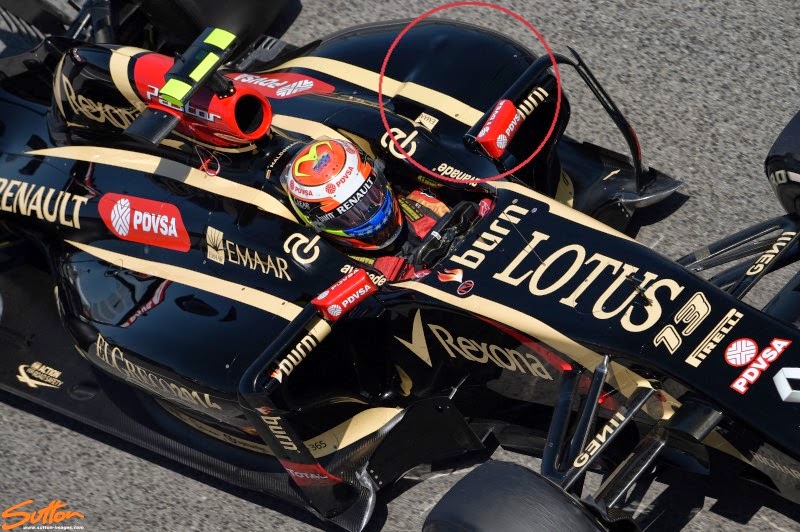 This has clearly been done to accommodate a size/orientation change within the sidepod and to the radiators/intercooler that is housed within. This is not balanced on the right hand side of the car but as we know asymmetry plays a role in the rest of the E22 and so they can likely offset this sharply sloping bodywork.