Having chosen to design their car with asymmetric features the exhaust can be offset to the right with the central rear wing support pylon offset to the left. With the team wanting to install a Y100 Winglet / Monkey Seat in Barcelona they've had to craft an extension from the support pylon for the winglet to sit on. Conversely the team have opted to centralise the Y100 Winglet, maximising it's width (200mm wide) which will unlikely get maximum upwash effect from the exhaust as other teams seem to be leveraging. 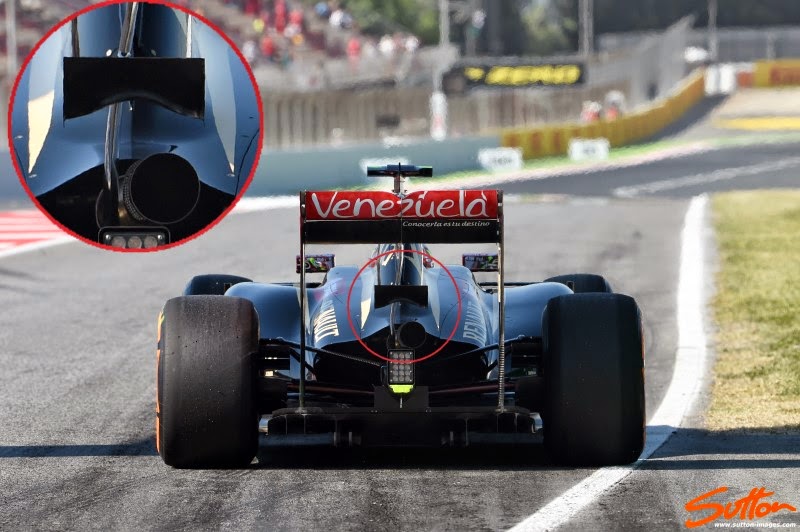 The loss of the beam wing for 2014 has however led to most of the field using winglets and structures in the Y100 region to create airflow structures that make the diffuser and rear wing interact. This therefore is a step in that direction for Lotus and will likely help the drivers with a little more balance.