Red Bull's aerodynamic superiority over the last few seasons has been driven by a few things, their use of exhaust blowing to enhance the diffusers performance, their attention to detail and the fact they're prepared to forge paths that others haven't. 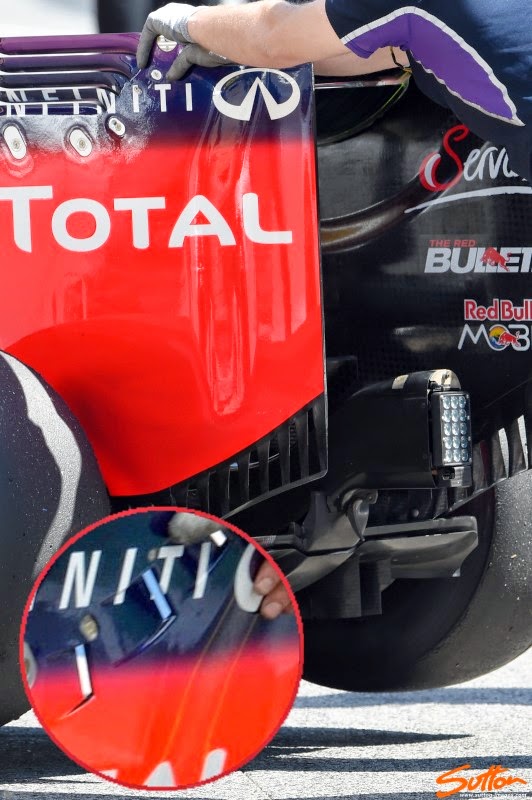 For 2014 the team arrived in testing with some very basic rear wing endplates, devoid of the usual drag reducing louvres we see all the teams utilise. However once they hit the track in Melbourne it was clear they were once again looking to tread new ground, introducing endplates that featured slots behind the wing planes. In Barcelona the team have decided to return to a more conventional arrangement with louvres placed in front of the mainplane / top flap. The louvres are used to reduce drag, with lower pressure from the outside of the endplate converging with the higher pressure inside, equalizing the pressure differential also reducing the tip vortices. It's worth noting that although the team have returned to their use of the louvres they haven't added leading edge tyre wake slots back to the Endplates.