Force India arrived at the Red Bull Ring with a huge quantity of new parts, pushing forward some of the upgrades they initially planned to introduce in Silverstone.
Small modifications can often have a large impact, especially when they're based at the front of the car, with this in mind the team added a small winglet on the upper front edge of their front brake duct. 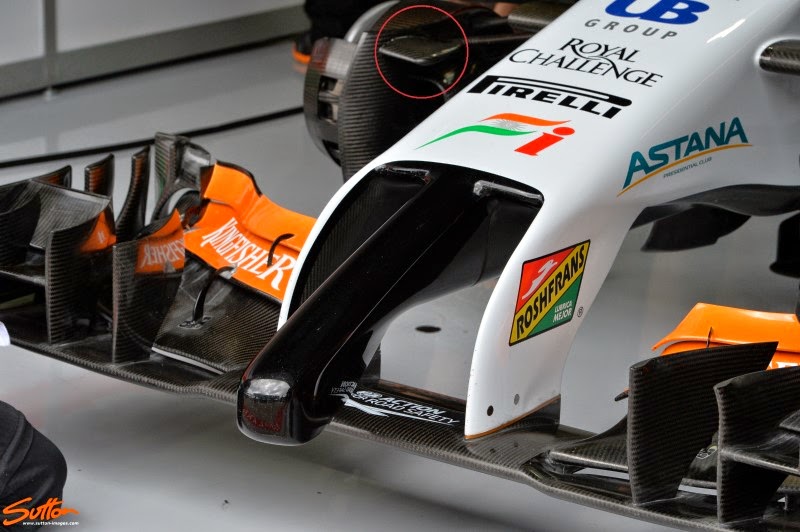 The winglet is curved/scrolled and is reminiscent of one tried by Red Bull several races ago. The winglet is used to manipulate the airflow that is produced by the suspension, which has an effect of the components downstream like the Sidepod. This is of course a critical area, as the Sidepod (especially the shoulder) is used just as much as any other area as a way of creating downforce and moreover a large surface area that conditions flow to create airflow downstream.
Tagged
Newer Post Older Post