Force India arrived at the Red Bull Ring with a huge quantity of new parts, pushing forward some of the upgrades they initially planned to introduce in Silverstone. 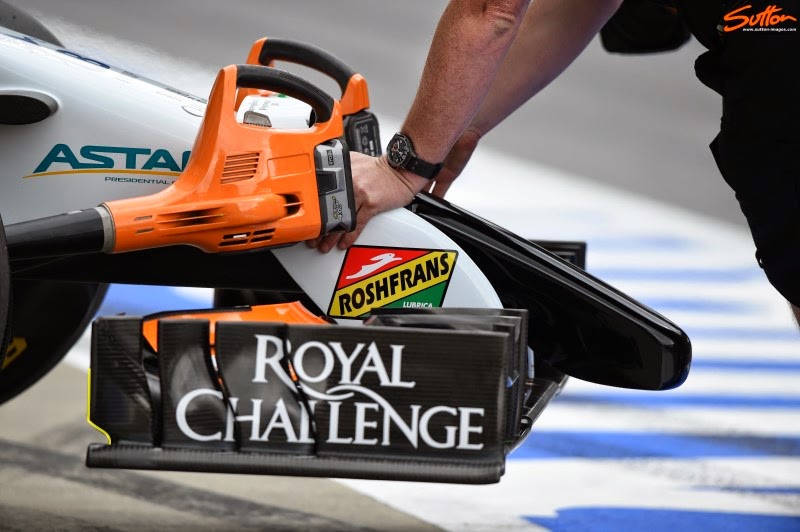 The team made some small alterations to their Front Wing, especially around the endplates. The team have utilized multi element endplates since the start of the season but they've now revised the base of the trailing Endplate with the lower section cut out. These changes are designed to re-envisage what the team are looking to achieve both locally and further downstream.

The loss of 75mm either side of the front wing for 2014 obviously changed all the teams approaches, however as their packages evolve they also need to make further changes to address any issues. Or in Force India's case alter the relevant airflow structures to take into account changes made downstream, targeting improvements in tandem with other solutions.