The last few seasons have seen teams designing their Sidepods not only around the requirement of cooling but to be used as an aerodynamic surface with which to create more downforce. It's a large surface area of the car and so it's an obvious area with which to shape and condition flow, of course 2012/13 was more aggressive on this front due to Coanda exhausts but the guiding principles and lessons learnt remain. If we look at an F1 car from the side we can see that the shaping of the sidepod tends to represent that of wing which of course is no mistake. The problem with any wing shaped component is that it has to be designed with care not to upset the aerodynamic balance of the car and furthermore work over a wide speed threshold. That's why we have seen teams proliferate the leading edge of their sidepods with devices that can alter the sidepods characteristics over the last few years. Force India have run with a horizontal vane protruding from the side of the cockpit next to the wing mirror this season for just this purpose, vorticising the airflow and therefore reducing the boundary layer that builds with speed. 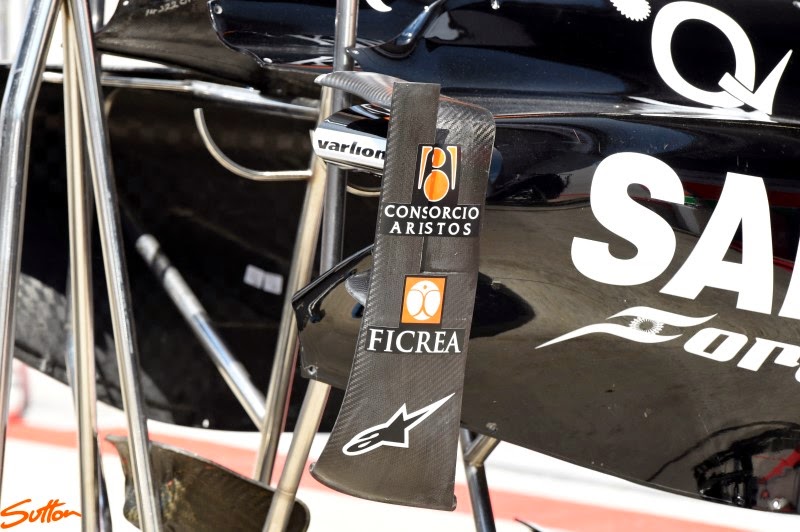 In Austria however the team have introduced a new airflow conditioner, which looks to do both its own job and that of a leading edge device/slat. Split into two the forward most section retains it's usually purpose but the section beyond this arc's over the corner of the sidepod and reaches across the top of it to meet with the cockpit. This alters the characteristic of the sidepod making it more efficient over a wider speed range whilst taking into account the full width of the sidepod rather than the smaller section taken care of by the outgoing vane. 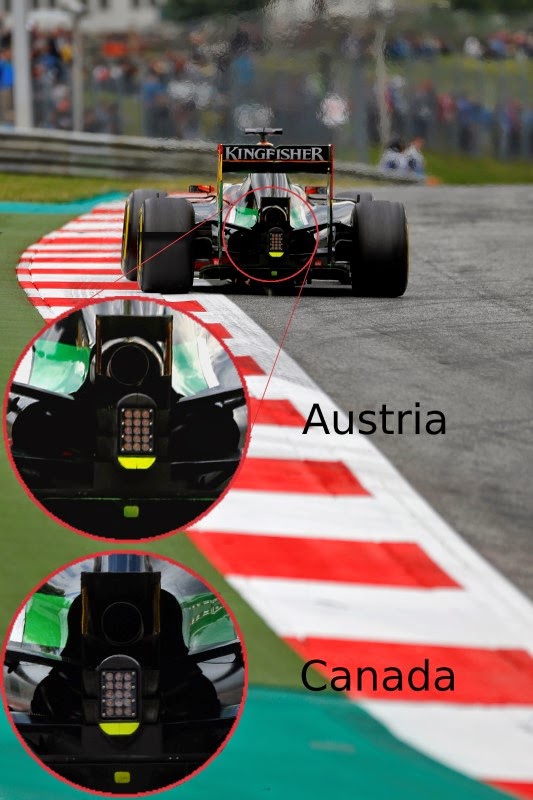 At the rear of the sidepod (taking into account the engine cover outlet) the team have revised their cooling options too. This means the engine cover outlet has been reduced in size and is much more shrink wrapped around the exhaust whilst the lower cooling outlets have been expanded. This additional width at the rear of the sidepods of course lends itself to implementation of the two part airflow conditioners/leading edge slats introduced in Austria too.
Tagged
Newer Post Older Post