Sauber's season has thus far been far from what we have come to expect from the Swiss outfit, even a large upgrade package in Spain has failed to turn their fortunes around and they now find themselves within the clutches of the chasing Marussia's. Sometimes upgrade packages don't give instant results with the drivers having to react to a change in downforce levels, so the team continue to persevere knowing that Montreal is more representative to Spain than the preceding round in Monaco. 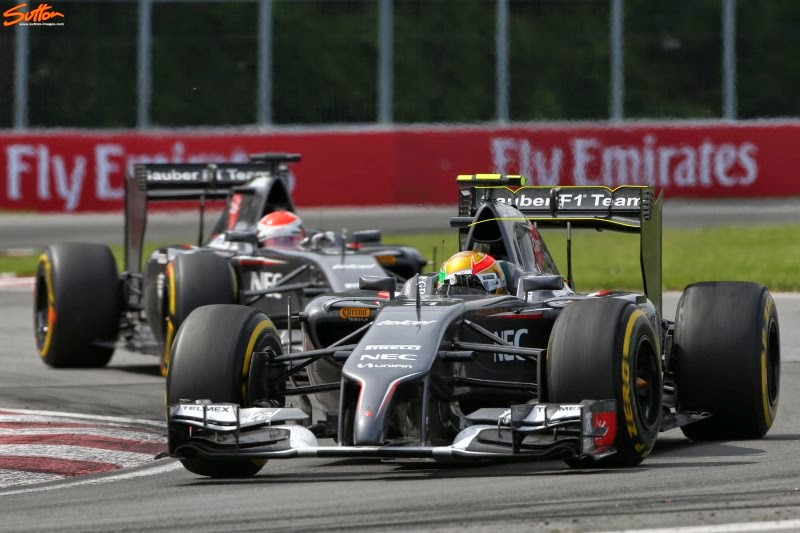 The configuration of Circuit Gilles Villeneuve puts an onus on both good straight line speed (low drag) but also good braking stability and mechanical grip, owing to the long straights and low speed turns. The team therefore bought a new rear wing (above) to try and garner some extra straight line speed, the mainplane featuring a raised central profile that arcs outward toward the endplates, whilst the upper flap also has two V's cut along it's top edge to further reduce drag. 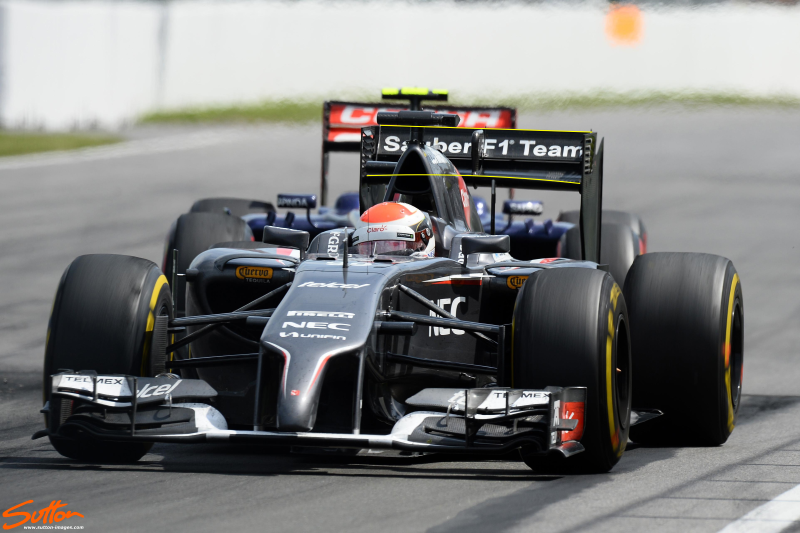 Sutil (above) continued to persevere with the draggier specification wing whilst Gutierrez chased the performance from the lower downforce/drag setup although interestingly his FP3 crash came at a point when he had the higher downforce wing on the car.