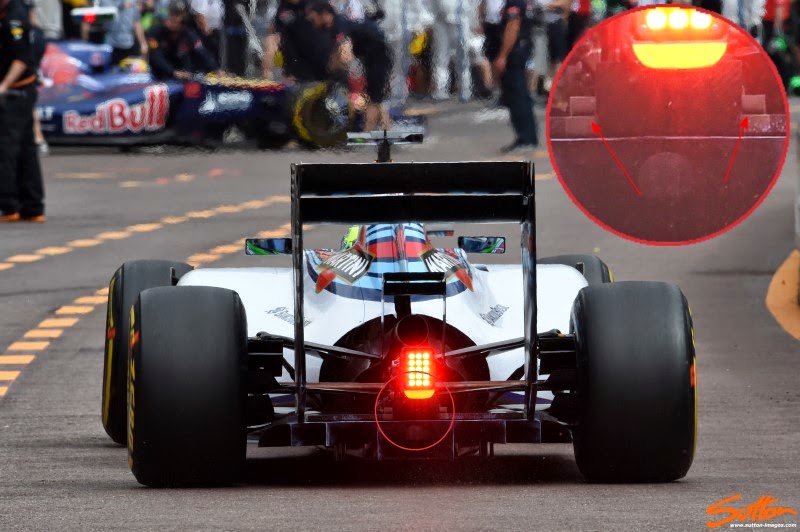 Only a very minor revision for Monaco at the rear of the FW36 but worth noting nonetheless (however this image is from a Free Practice session and so I've been unable to ascertain as to whether it was raced, but I see no reason why they wouldn't have been), was the introduction of two additional small gurney trims either side of the crash structure.  Placed in the Y100 region for legality these small gurneys are responsible for a little more upwash.  The requirement of as much downforce as possible for Monaco means that the teams are often in search of peak downforce a little earlier.  So with the loss of the beam wing this season the teams are trying other ways to increase the connection of airflow structures between the diffuser and rear wing.  These gurneys although small undoubtedly create a more centralized upwash, utilising airflow passing under and around the crash structure. 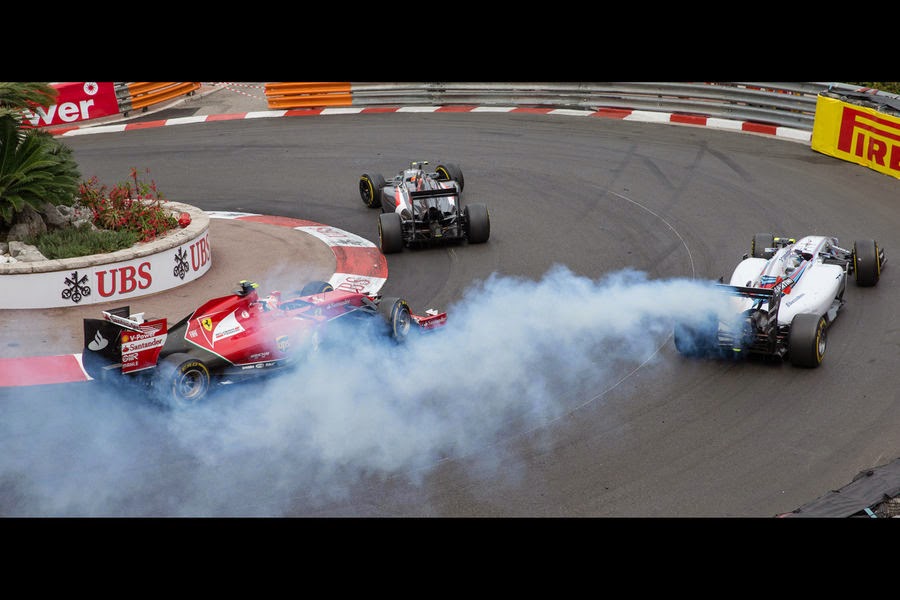 As we can see when Valtteri's engine let go the exhaust plume can be seen upwashing, increasing performance from the aforementioned components. (Source AMuS)