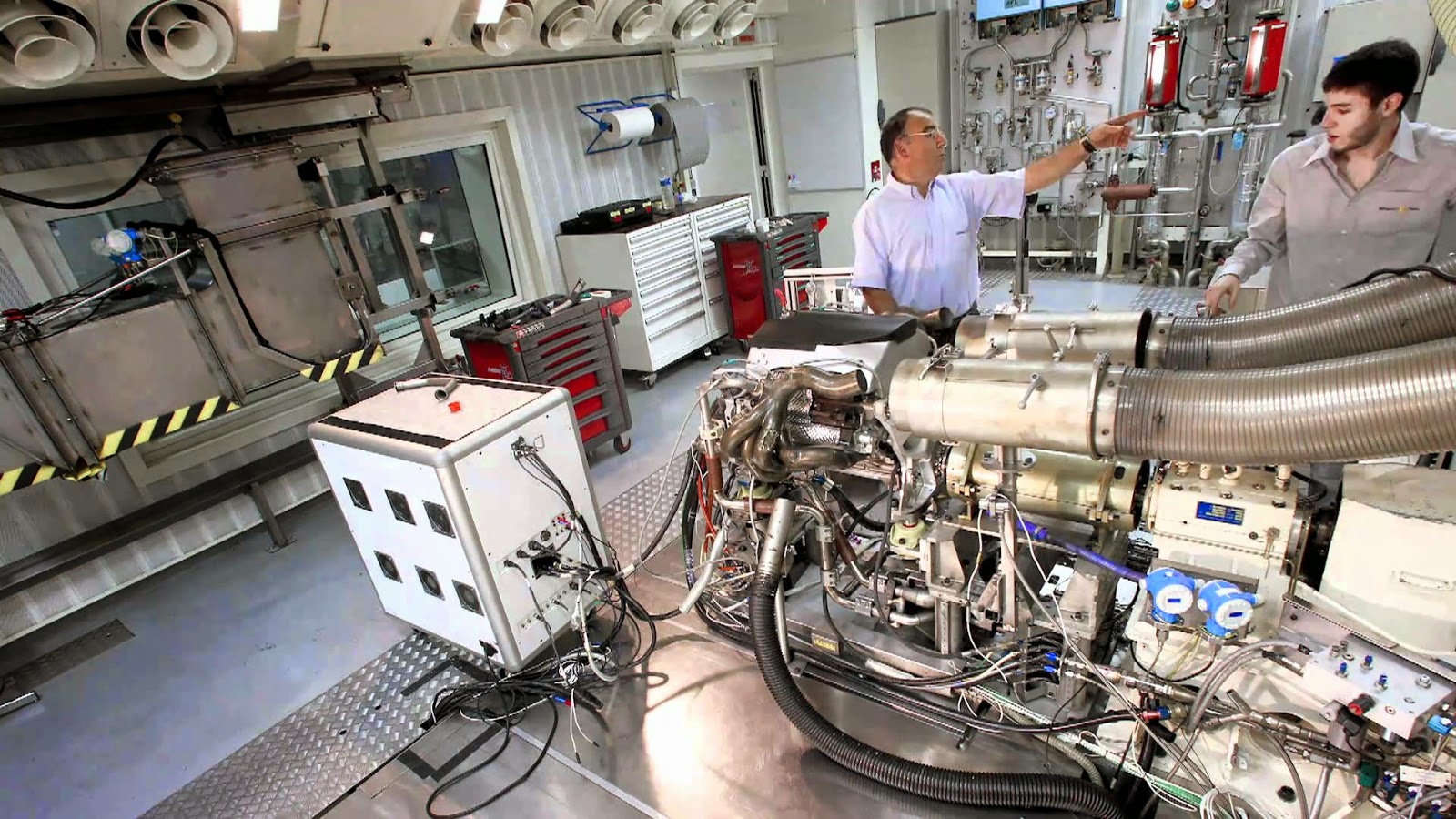 Above: A Renault F1 V8 engine on a dynamometer

As you all know I'm always eager to set the record straight, even more so when it's something of a technical nature.  Today (04/06/14) I noted an article written for Motorsport-Total.com which alluded to one of the Red Bull teams conducting a 'secret' test between the last pre-season test in Bahrain and the first round in Australia - http://www.motorsport-total.com/f1/news/2014/06/red-bull-renault-geheimtest-auf-dem-rollband-14060406.html

The crux of the article relates to a test conducted by one of the Red Bull teams utilising a rolling road at AVL in Graz.  The article begs the question as to whether this test is legal and IF the team had used it as an opportunity to also conduct aero work.

5.2 Steady State and Dynamic engine dynamometer work with an F1 car or subcomponent may be performed (and therefore not within the definition of Restricted Wind Tunnel Testing) provided that :

b) No devices designed to measure directly or indirectly aerodynamic forces or flow field characteristics are installed in the facility used.

c) No sensor installed on the car or subcomponent which are capable of measuring displacements, pressures or air flow direction of the external airstream resulting directly or indirectly from the incident air flow may be logged. Logging files have to be available, if required, during the independent benchmarking inspection.

d) The gas flow exiting from the exhaust system is ducted away from the testing area before impacting on any bodywork component (other than the exhaust itself).


To me it is clear that providing the aerodynamic implications of 5.2 are followed any team conducting this type of test could do so without consequence.  The use of such a test would also correlate with both Renault and the Renault powered teams getting a better handle on some of the issues they encountered during the pre-season test.  As we know issues surrounding the actual installation of the powerunit within the chassis had led to some issues that hadn't showed up on Renault's dynamometers.  I would suggest that as works teams both Mercedes and Ferrari had already conducted such tests complete with their chassis, the regulations permit it and so it would be foolhardy not to take advantage.

The right programme/simulation work conducted on this type of dynamometer would clearly give advantages in terms of understanding how the engine performs and moreover allow for better programming/coding of the ERS system, be it harvesting or deployment.  The insinuation that Felix Da Costa was present at the time suggests that the team could have been working "in-loop" with the driver actually creating real world input as if in the simulator.
Tagged
Newer Post Older Post