Red Bull's pace compared to the Mercedes powered cars this season must be difficult to internalize for the team.  Their aerodynamic prowess has not simply vanished overnight and they arguably still have the best 'chassis' in the field, however to try and make up the deficit during the race, they are having to give both drivers a selection of parts to cater for their needs.

At Hockenheim this meant that both drivers ran with different specification rear ends, with Daniel seemingly able to cope with a little less wing and more tail happy RB10.  As we can see in the image below Daniel ran the older specification singular mounting pylon, which mounts to the underside of the mainplane, less AoA on both the mainplane and top flap, whilst the endplates only featured 3 louvres (which of course reduce drag). 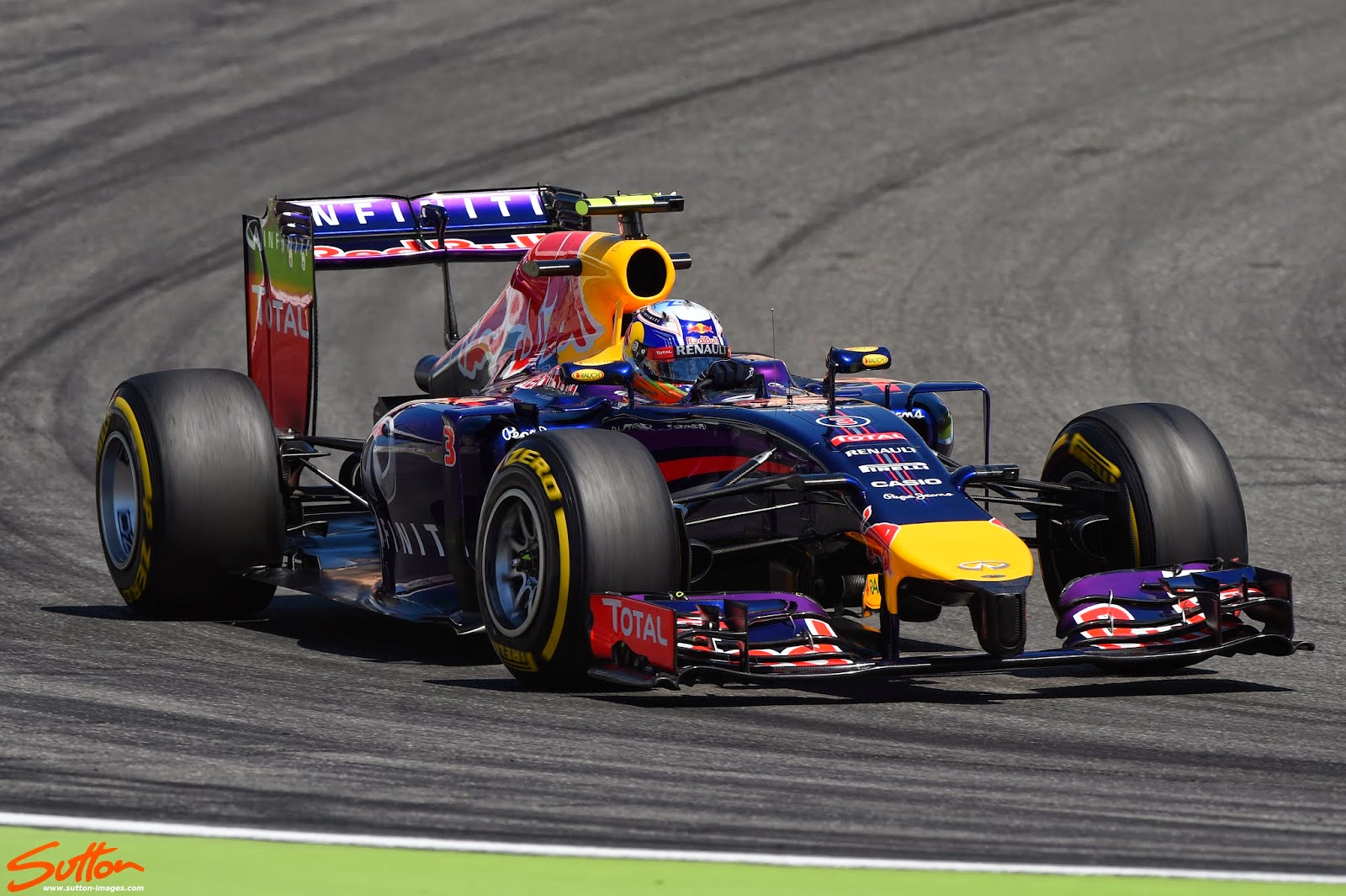 Meanwhile Sebastian (below) ran with much more rear wing angle, resulting in him also needing to run their two tier upper Y100 winglet / Monkey Seat.  The winglet / seat is used to not only create more aerodynamic consistency and balance for the driver, but also overcome the main wings higher angle of attack.  The endplates on his RB10 also featured 4 louvres in the endplate, which help to reduce the tip vortices (drag) generated by the additional AoA.  He also utilsed the newer swan neck style single mounting pylon, which enables the mainplane to operate more effectively (especially in yaw). 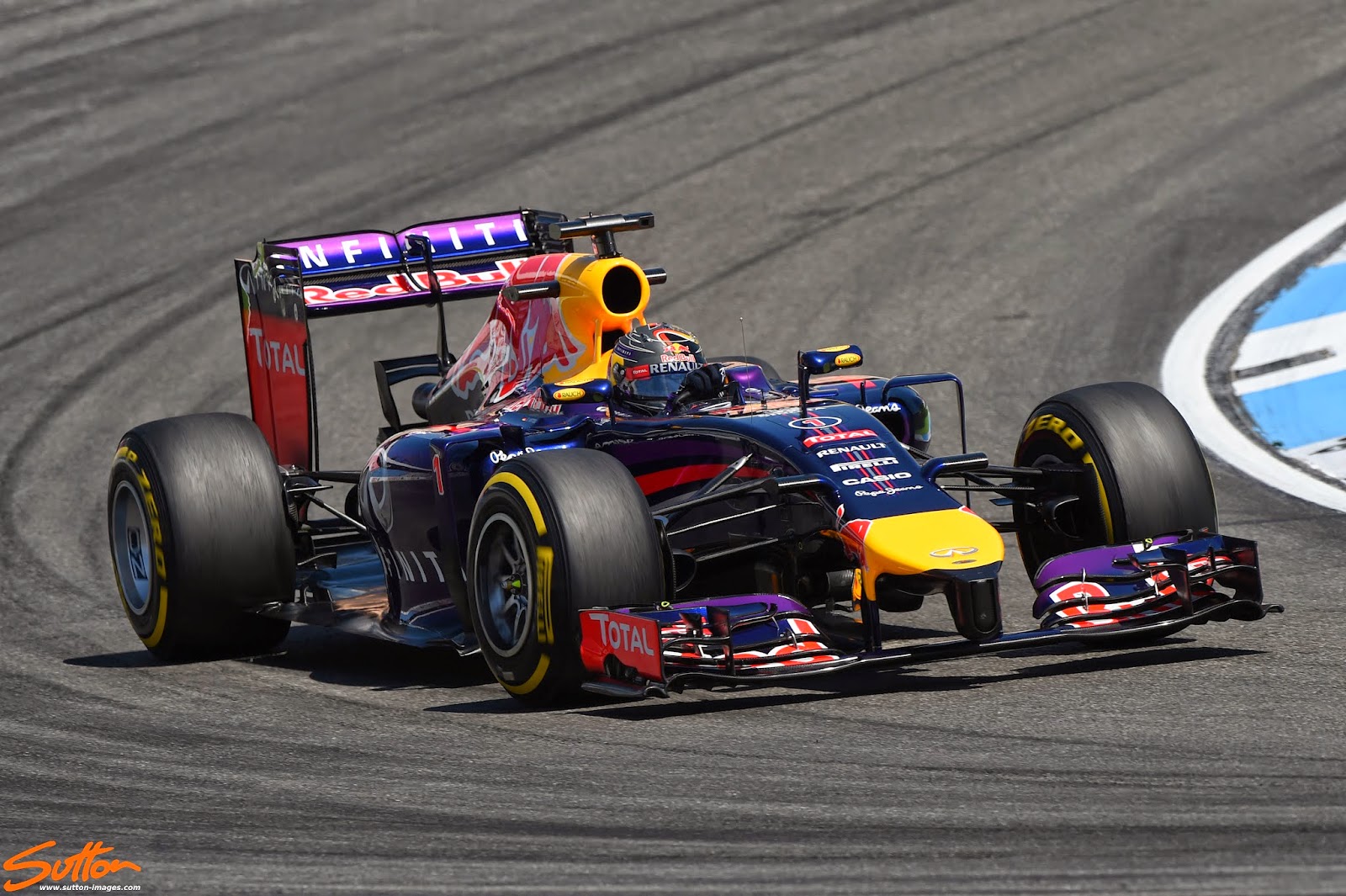