Red Bull are never one to settle when it comes to the quest for performance and we often see huge changes from the car that starts the season to the one that ends it. Some changes however often appear very subtle, their change to the Front Wing's smaller, inner cascade for Silverstone is one such example. 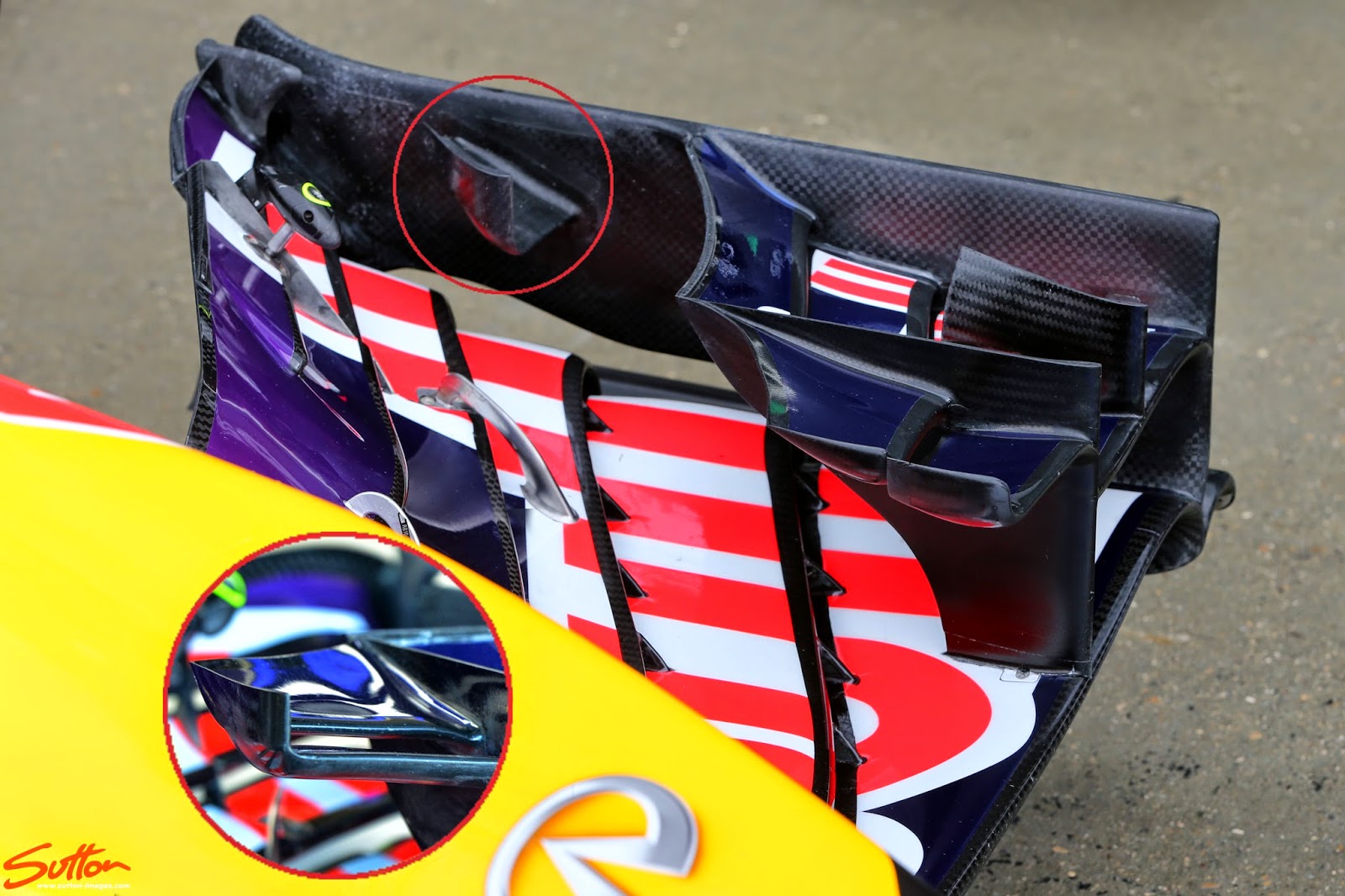 For some time now the cascade has remained in a state of only minor flux with the leading and trailing edges seeing the most action in terms of adjustment. For Silverstone though the team completely split the already two piece element by creating a divide in the inner endplate (old one inset). On the face of it the change seems rather minor but just goes to show how the team believe even small changes can have much larger effects. The front wing after all is the first component to 'see' the airflow, with these smaller cascades helping to control the airflow around the front tyre and brake ducts.

The serration of the inner endplate is likely to aid the cascade in yaw, helping to attain the desired effect over a wider speed threshold. It's something that other teams have already done this season (Ferrari, McLaren etc) and so is just another area where Red Bull are making leaps forward by learning lessons from others.

Having introduced an inboard endplate control vane several races ago to help with the way in which the airflow interacts and traverses the front tyre, the team revised it's design for Silverstone (circled), adopting a Z shaped vane. The Z shaping makes the vertical section act like an endplate, increasing its aspect ratio whilst the uppermost horizontal section is shaped to define the trajectory the vortex the component induces.
Tagged
Newer Post Older Post