As we know the pace at which Formula One moves and develops is phenomenal and even though Mercedes lead the way, they're still introducing parts to improve performance and keep the gap to their opponents. 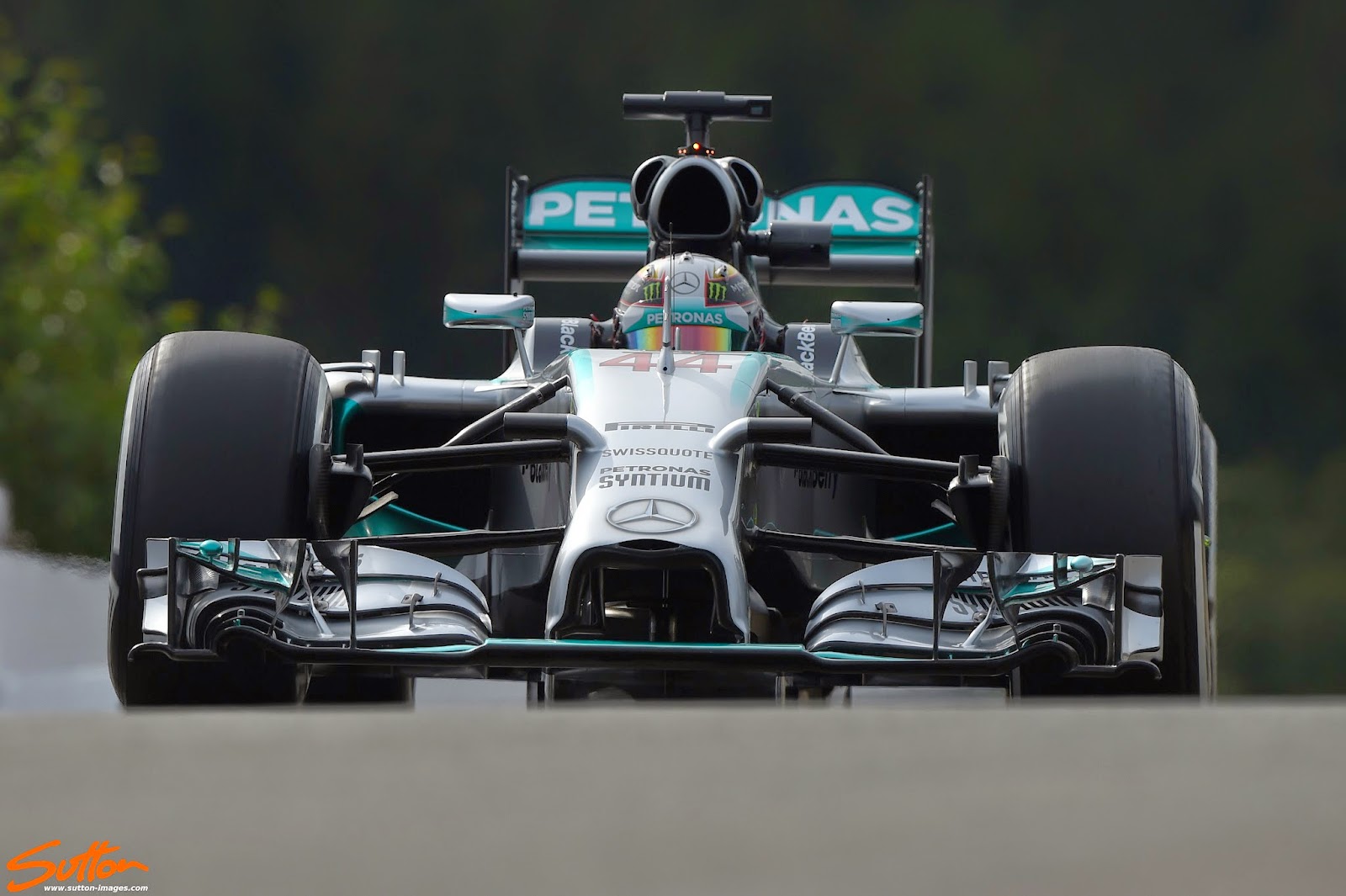 In Spa we can see that the team have made some modifications to the nose in order to maintain that development curve.  The upper surface of the nose seems a little steeper, which in turn allows the lower section to be raised, facilitating more airflow to pass under the nose.  Furthermore the top surface of the nose is more concave, allowing airflow from the upper surface to bleed off, reducing pressure on it.  Making the surface more convex at the outer edges, makes the pylons seem more widely spaced, although their position is retained it will have an effect on the airflow.  It's worth noting that this also seemingly reduces the height of the FOM camera handlebar style mounts, changing how the airflow interacts in unison with the suspension.

The changes to the nose tie into the team increasing their turning vanes from 3 part appendages to 4, with more mass flow for them to deal with. 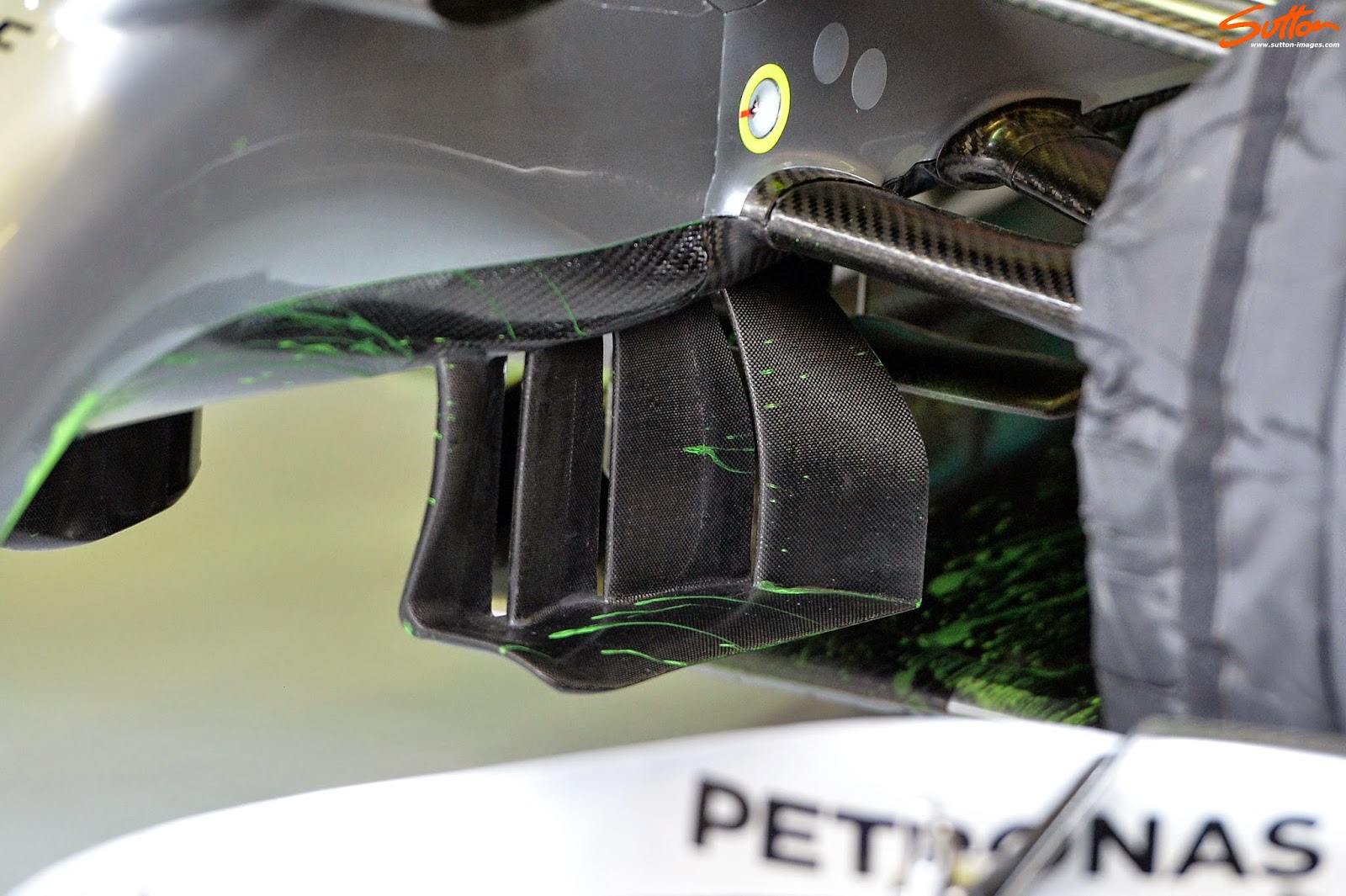 A small change to the teams brake duct is also a worthwhile subject to touch on too with a small vertical blade added above the brake scoop.  This blade will create a vortex similar to the one already being generated by the upper surface of the brake scoop, working together these vortices help to control some of the wake induced by the rotating tyre outbound of it, reducing the impact it has on the additional mass flow being generated under the nose. 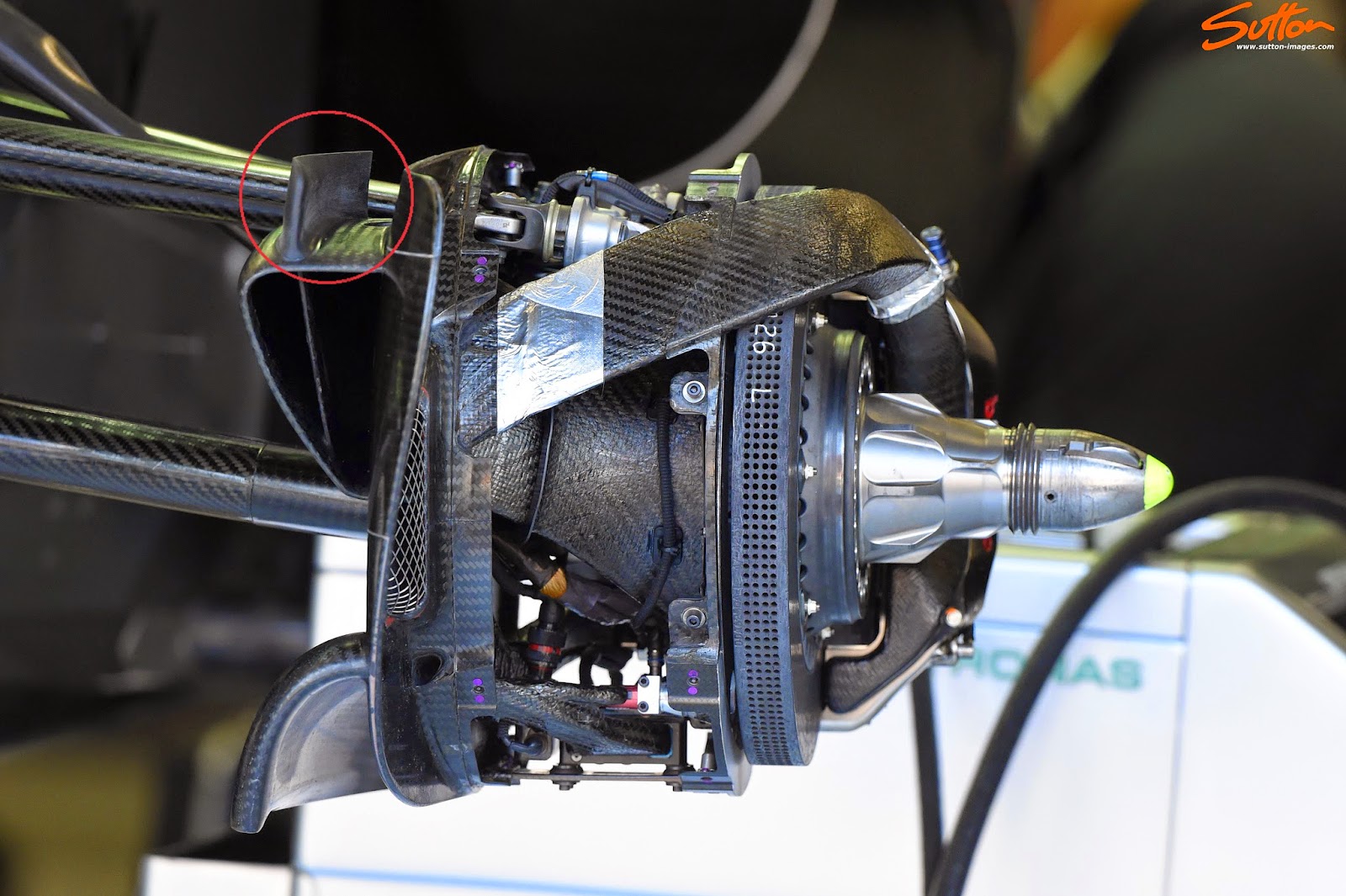 An upshot in performance won't all come directly from these changes with gains being seen further downstream too as the area provides a critical transition, with airflow migrating toward the splitter, bargeboards and around the sidepods undercut.  The quality of this airflow will further enhance the performance of larger aerodynamic surfaces such as the sidepods, floor and diffuser. 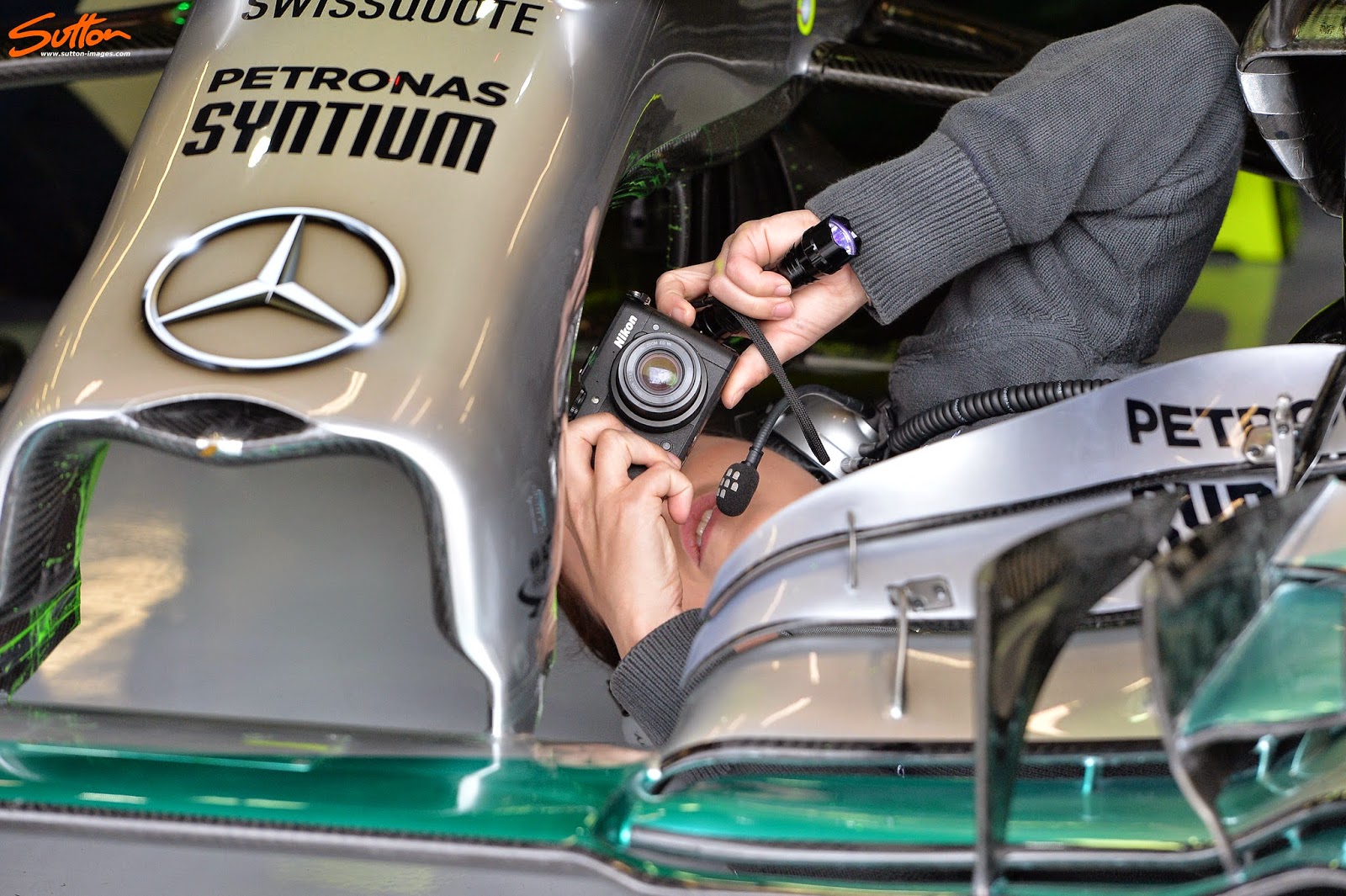 Above: Mercedes engineer takes pictures of how the flo-viz that has been applied under the nose is migrating