McLaren have arrived in Spa with several updates, looking to increase the performance of the MP4-29, mainly centred around improving the airflow structures at the rear of the car.  As we have seen over the last few races the team have started to move away from the use of their 'wishbone wings' as the concept although sound hasn't produced the type of performance they require.  Furthermore as the design of many components was made to cater for them making widesweeping changes has taken time. 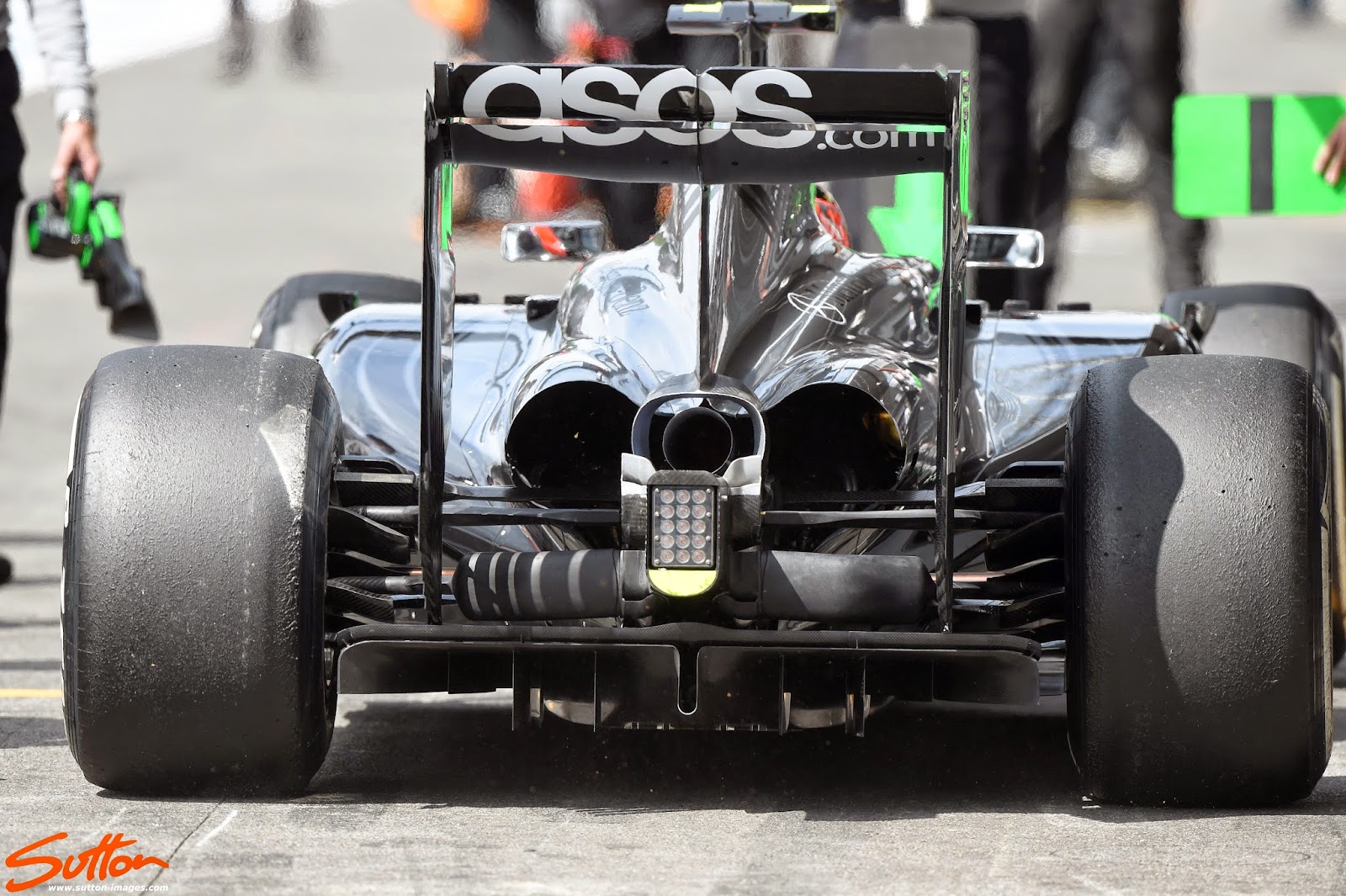 Performance from the diffuser is obviously critical and the use of the 'wishbone wings' meant that the design of the diffuser needed to be keyed directly to their design.  Owing to the flow structures generated by the 'wishbone wing's' and how they interact with the diffuser, pulling upward on the diffusers airflow.  With only the lower suspension elements shrouded by the wings for Spa the team have sought to re-design their diffuser to compliment the change.  The upshot will likely be a reduction in drag (diffuser's tend to provide less drag for the amount of downforce being generated than their wing counterparts, however with the wishbone wing intrinsically linked to the airflow structure, their L/D was plausibly much higher than their oponents) and a more consistent (if lessened) quantity of downforce (shifting the peak window).  The re-design all features something from the Mercedes locker with the central portion of the diffuser featuring a U bend.

The U bend is a clever use of the regulations as not only does it allow access to the starter motor hole that others have had to hide with a hinged access flap, it also serves an aerodynamic purpose.  Performance won't be significantly higher from this small addition but it will likely add some much needed consistency to the ebb and flow of how the diffuser generates downforce.  The U bend funnels airflow from above the floor and injects it into the diffusers path, aiding with the connection of flow structures above.