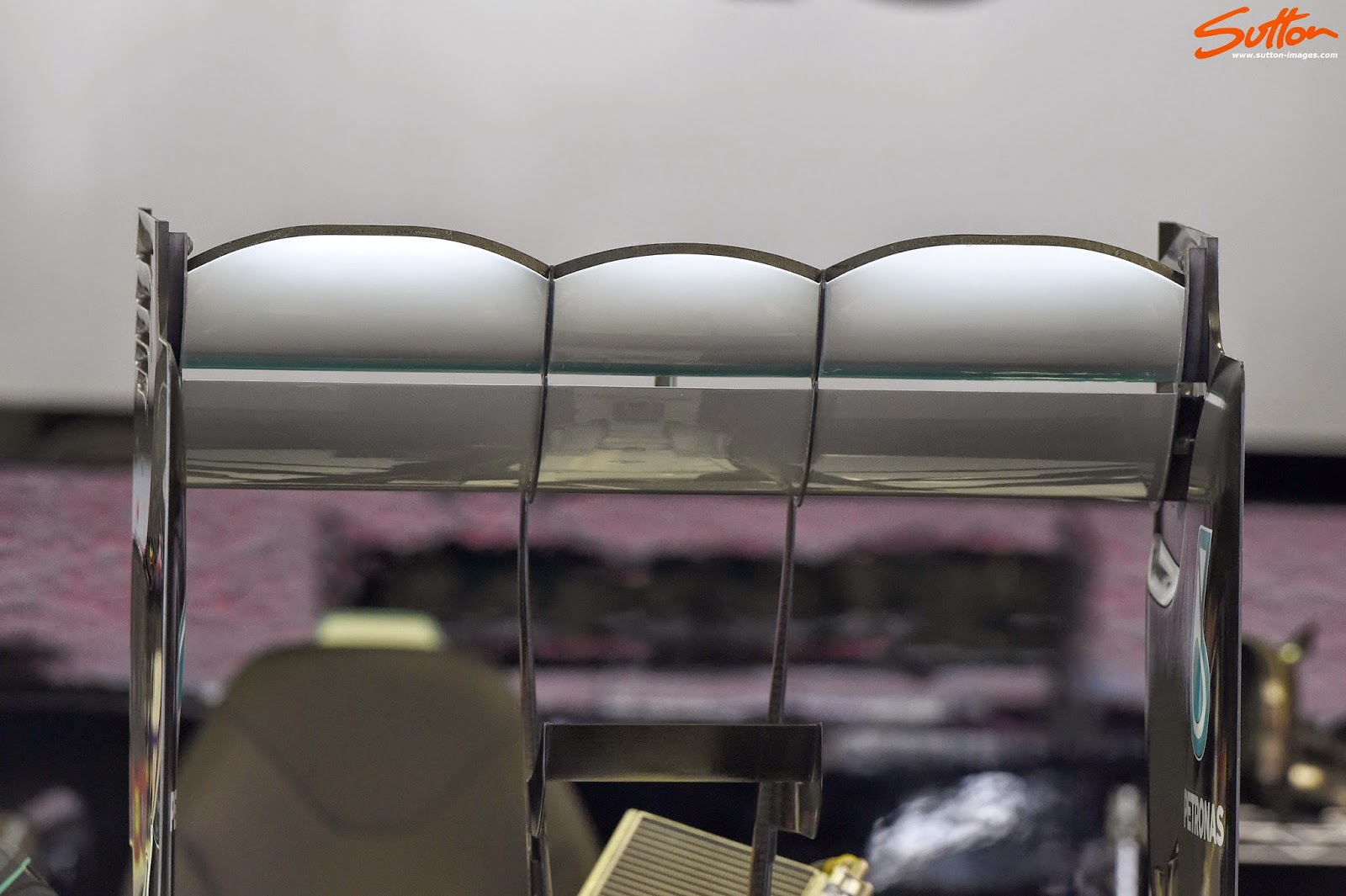 Mercedes have introduced a new rear wing for Spa and will utilise the more simplistic Monkey Seat / Y100 Winglet that they tested at the post Silverstone GP test.  These changes are of course made inline with their ambition of reducing drag, on a circuit that demands both fantastic top speed whilst maintaining a good level of downforce for the tricky 2nd sector.  It's a tough balance for Spa as too much drag reduction will hinder downforce generation and visa versa. 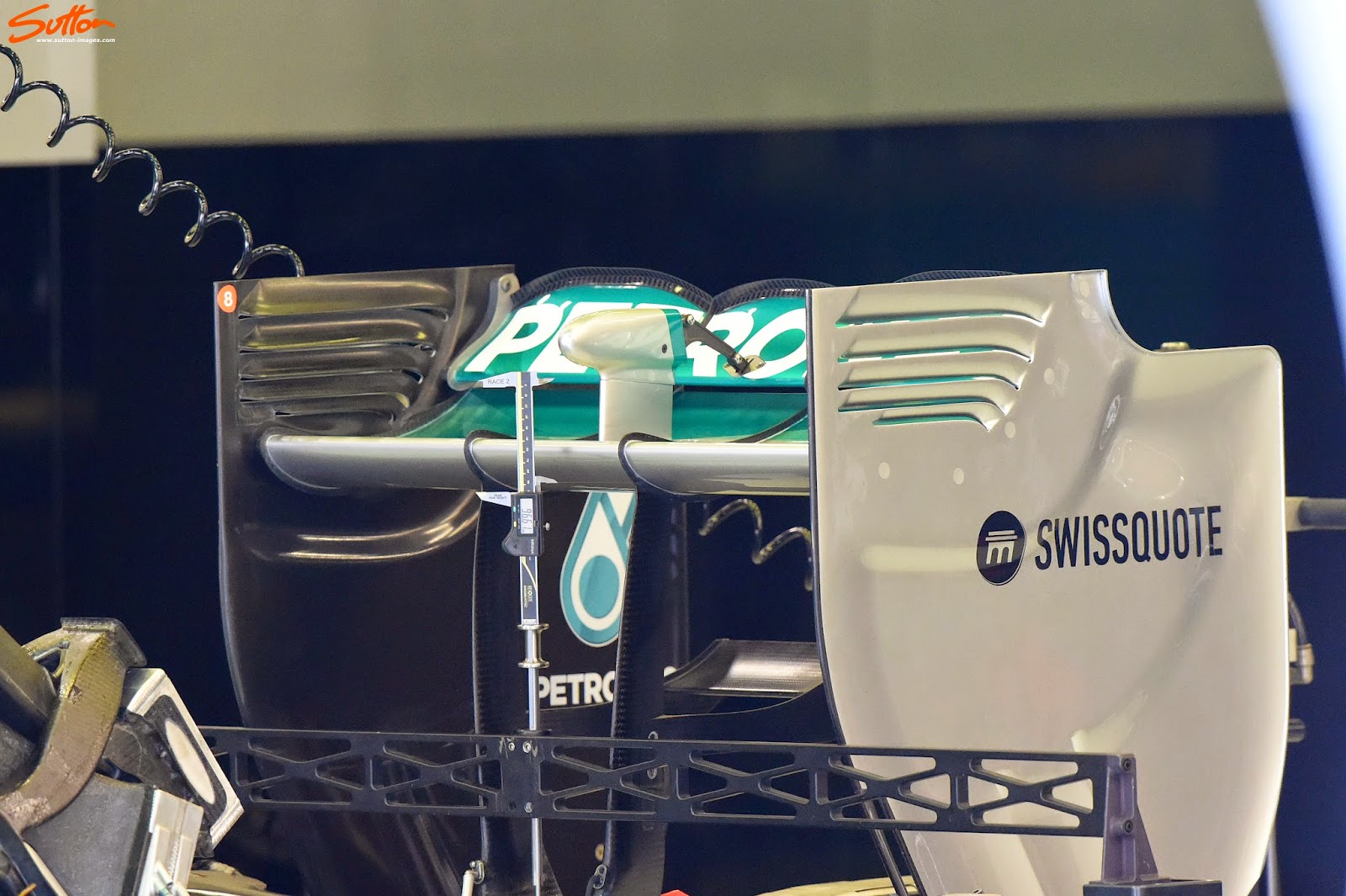 Therefore the rear wings main change comes to the top flap, which features curved outer profiles on the trailing edge.  This alludes to how the tip vortices would form, which can be both destructive in the creation of downforce but moreover create areas of separation which in turn creates drag. 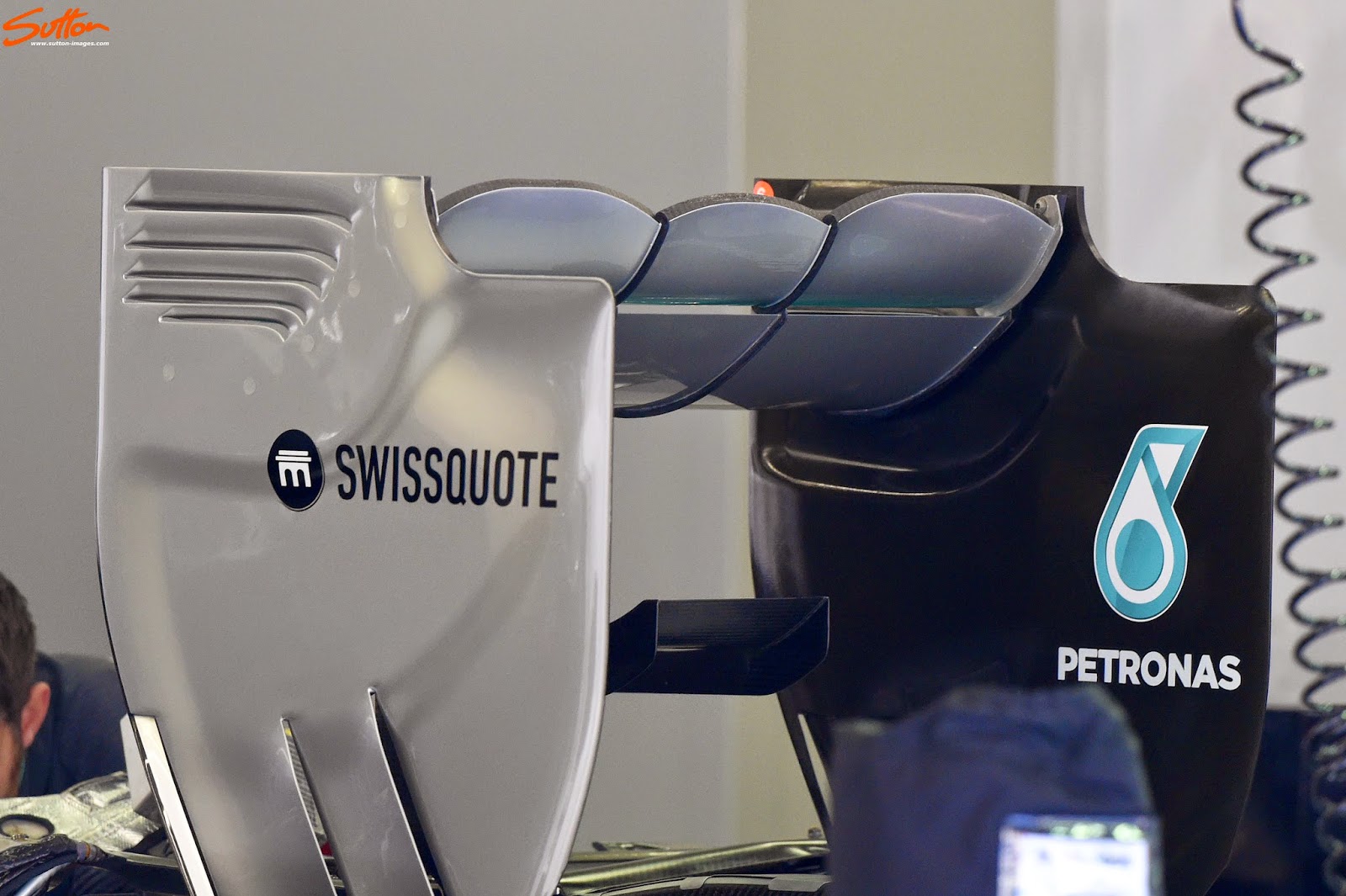 The slimmer Y100 Winglet is used in order to change how the flow structures interact with one another, Mercedes have been keen to utilise what energy is expended by the exhaust for aerodynamic gain this season.  Utilising the exhausts energy to unify the airflow structures created by the diffuser and rear wing, this is further assisted by the Y100 winglets interaction with the exhaust plume.  The more complex winglet that has been in use up until this point will of course manipulate the exhaust plume and surrounding airflow differently to the new slimline version, with the newer winglet aiming to reduce drag inline with the re-design of the rear wing.
Tagged
Newer Post Older Post