Lessons were learnt in Belgium with the team trialling a wing that the team have bought to Monza in order to reduce drag and increase their top speed. 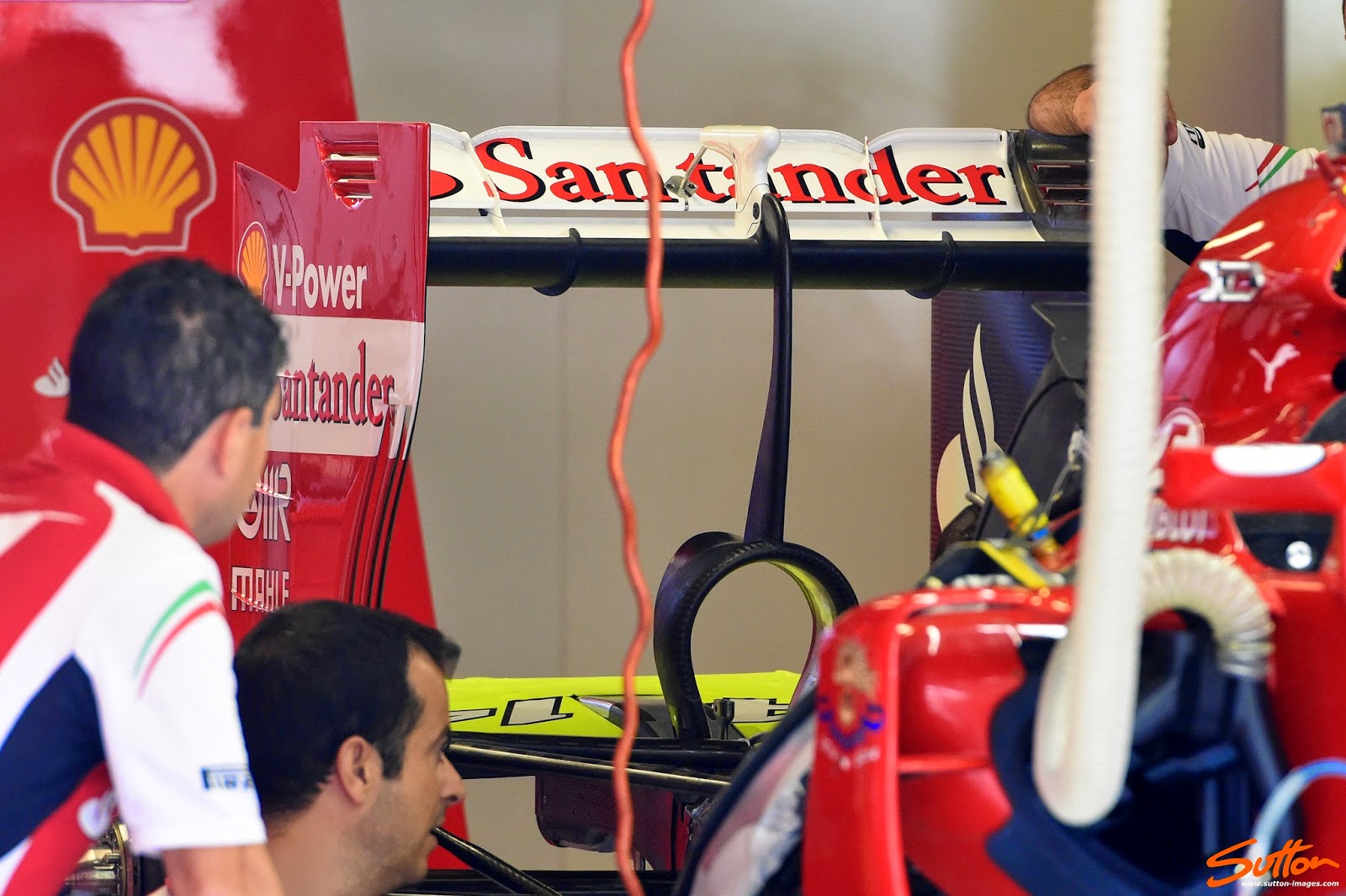 The team however continue to play devils advocate with several iterations run throughout the weekend in order to asses which would give the best qualifying/race pace offset.  The different configurations run all hinge on the same wing, the one shown above is the main design, which when compared to their regular wing has a lower angle of attack, which of course means the quantity and position of louvres is adjusted. 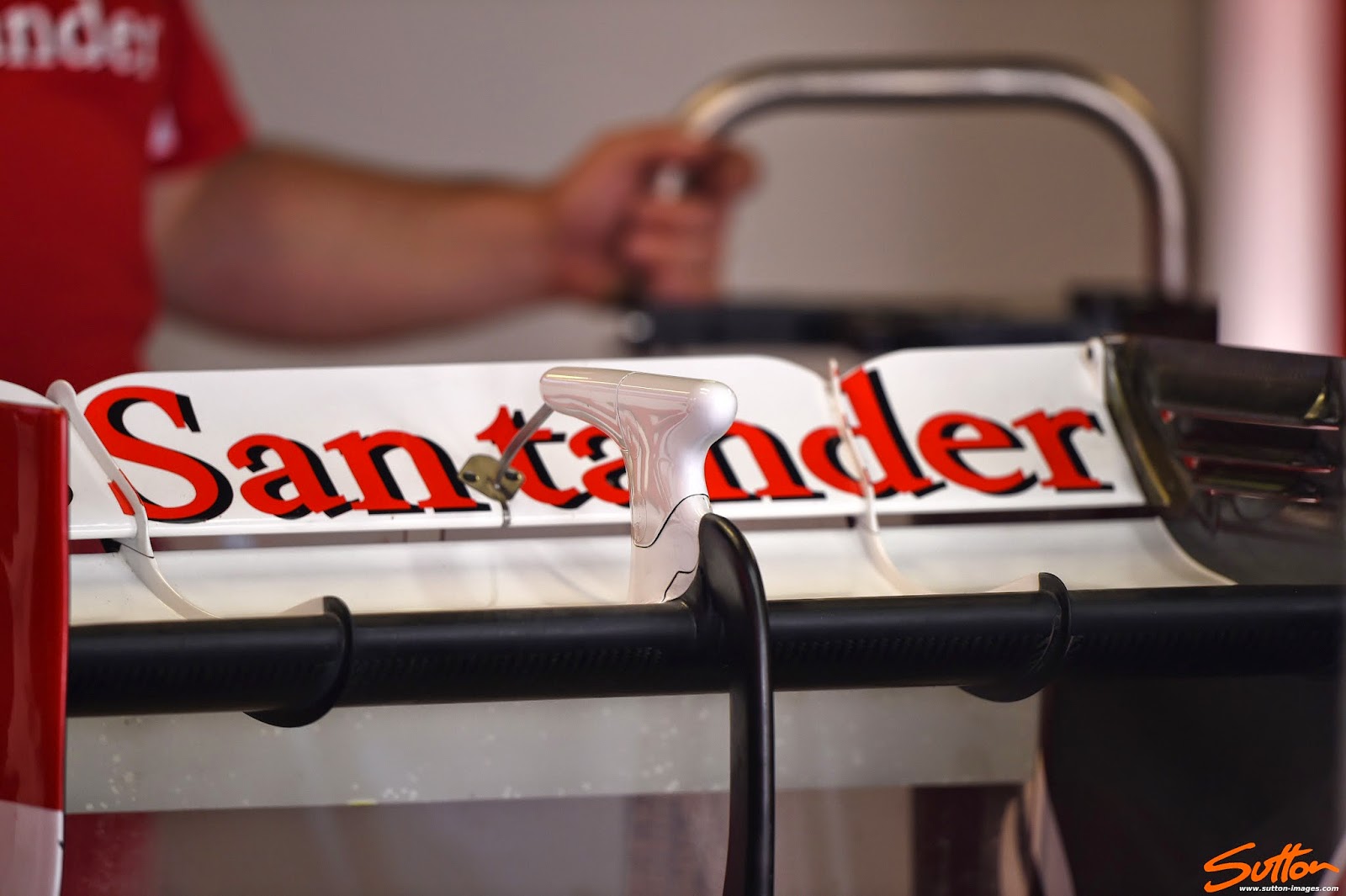 In the image above we can see that the team also compared the standard issue wing, with the gurney trim removed.  This will reduce the ability for the wing to generate downforce but will also reduce drag. 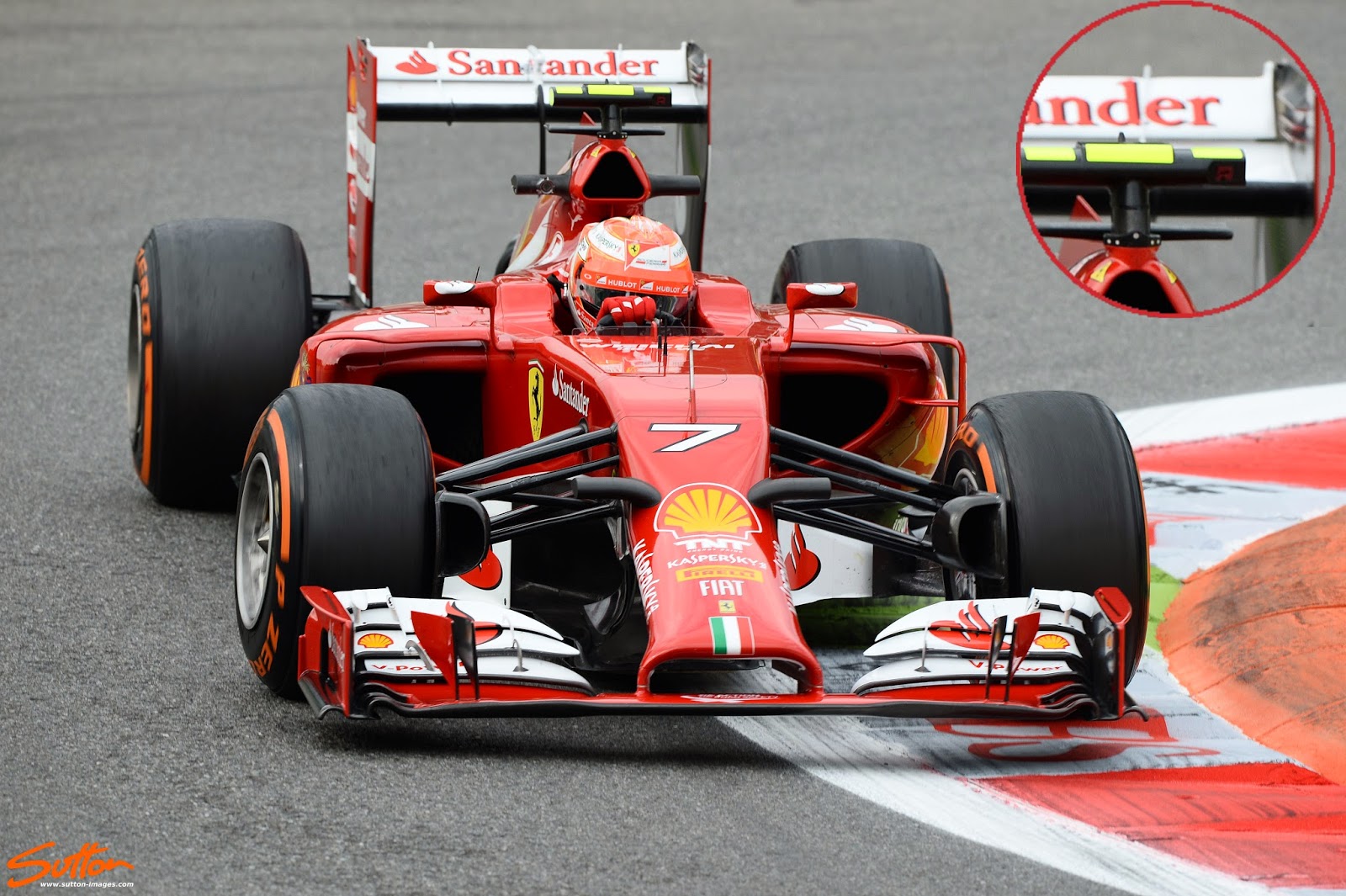 The team also trimmed the top flap down further to see just how much downforce/drag they could drop.  You'll note that the V grooves have seemingly disappeared and slot gap separators seem to have grown in size due to this (although they haven't it's just the reduction in flap height).

Both drivers opted to run qualifying with the gurney trim removed but no further trimming done to the top flap.
Tagged
Newer Post Older Post