Lotus will clearly be disappointed by their 2014 campaign, the E22 has failed to live up to expectations whilst the Renault powerunit issues have done little to help.

Like the rest of the field the team have decided to run with a very low downforce rear wing, to enable a higher top speed, owing to the drag reduction this creates. 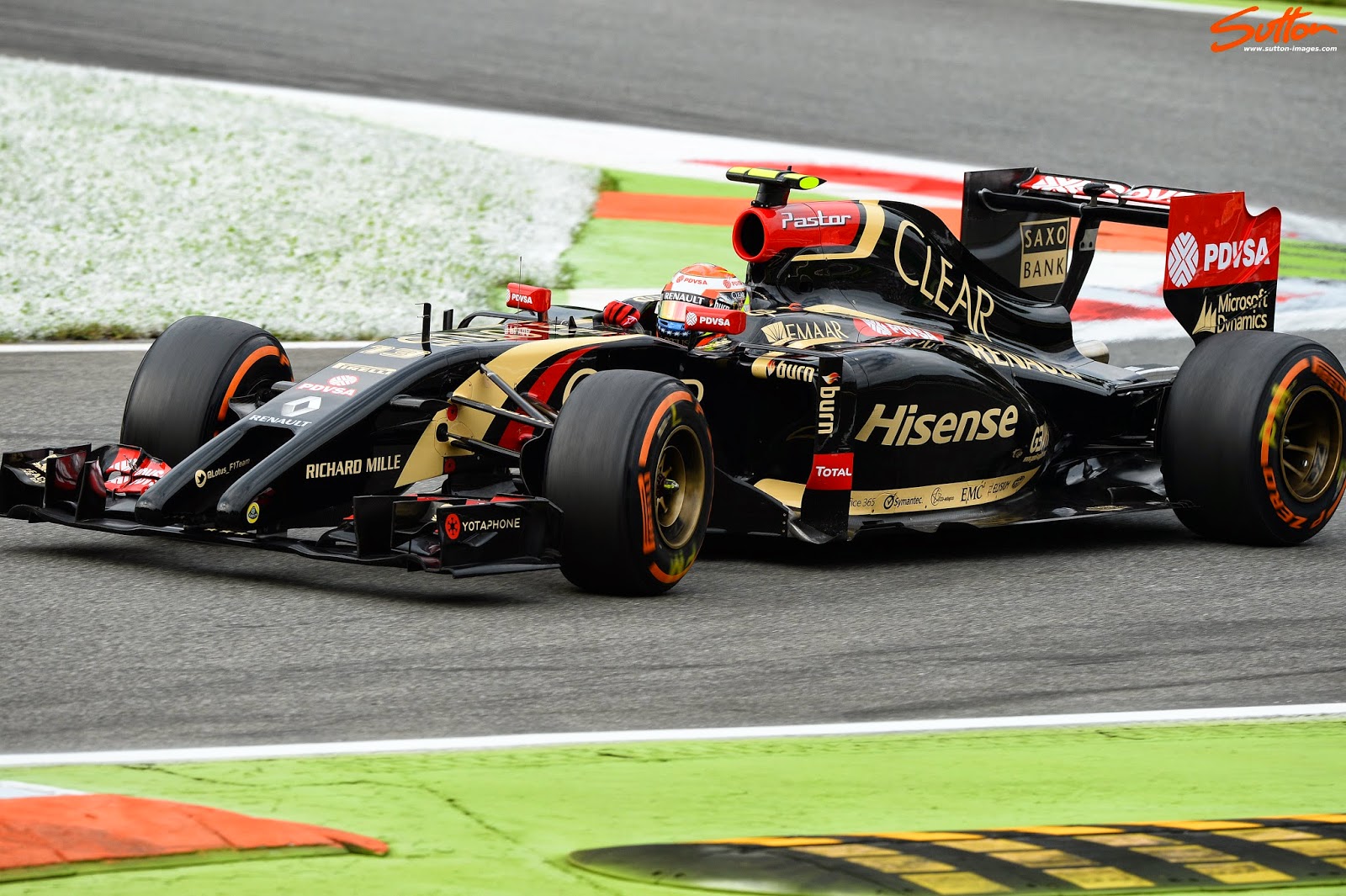 Meanwhile the team have (for Monza at least) opted to change from their asymmetric pylon and exhaust layout for a more conventional centre-line approach. The pylon (Y-Lon) comes down and wraps around the exhaust, which should also aid in the extraction of airflow from the bodywork, with exhaust pulling on the airflow that radiates from the pylon surround. 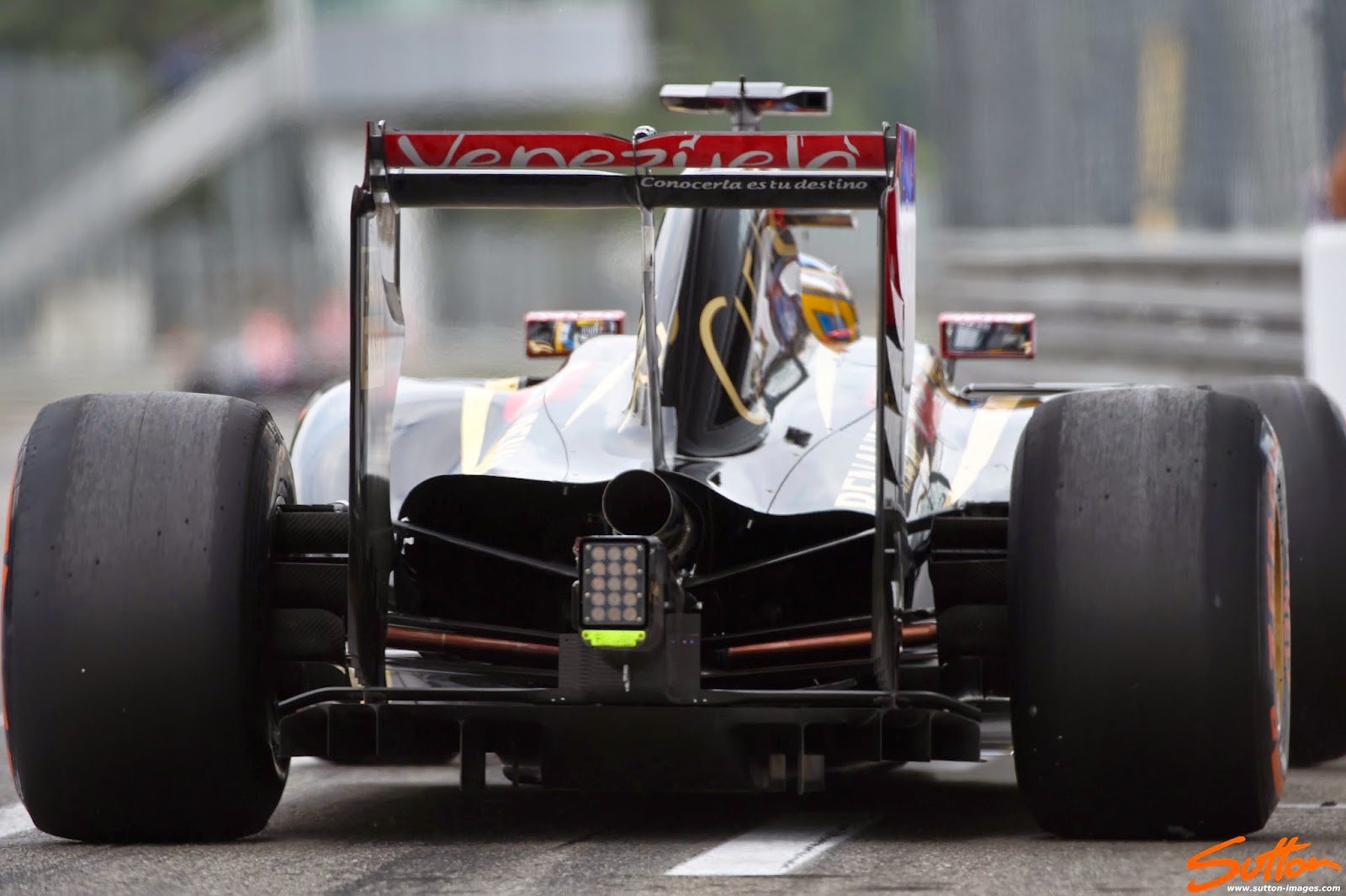 The cooling bodywork remains asymmetric however, with the left hand sidepod home to more of the powerunit's ancillary components than the right.
Tagged
Newer Post Older Post