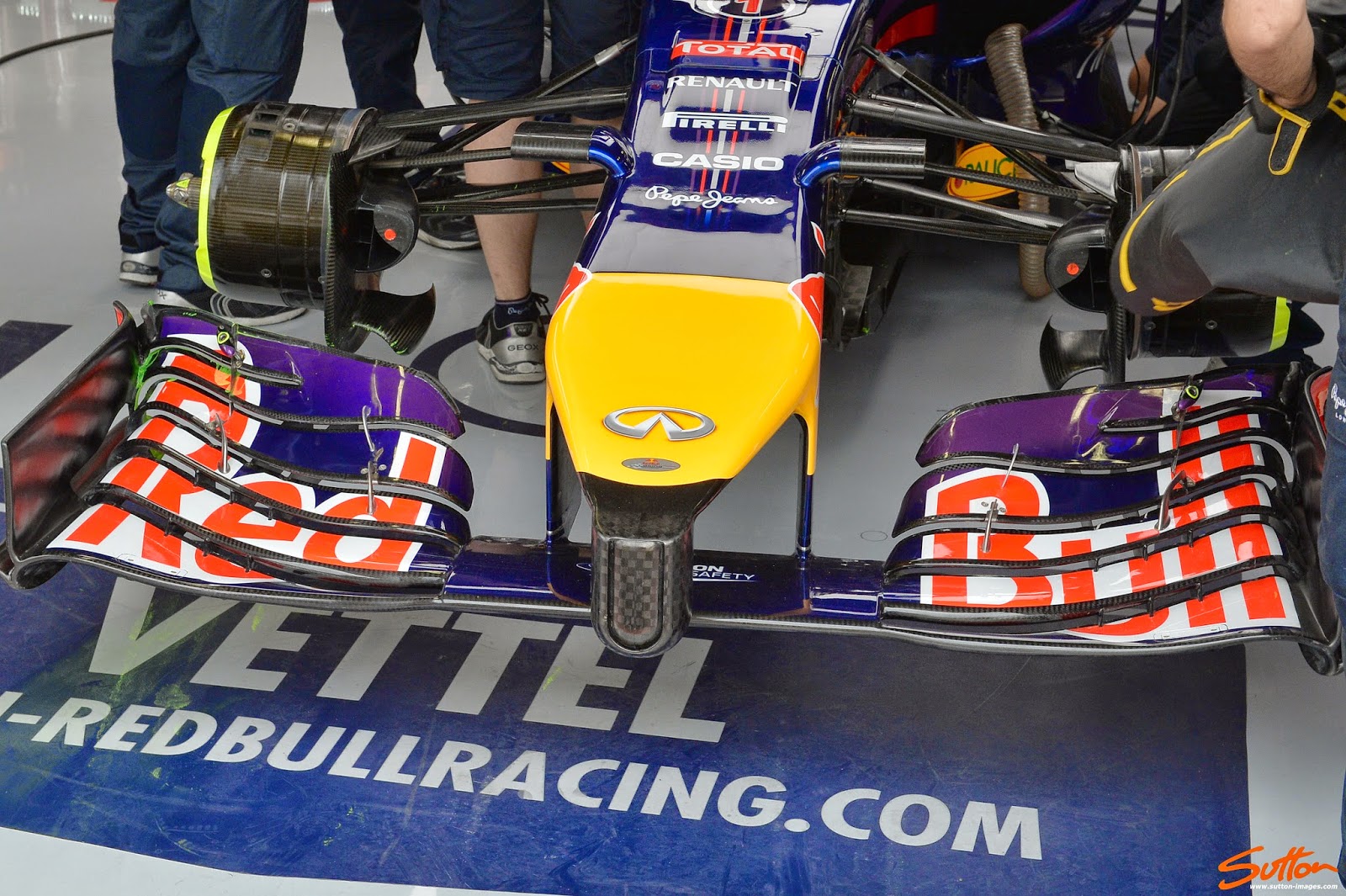 It will come as no surprise to those that follow the technical nuances of Formula One that Red Bull have opted to run a cascade-less front wing in Monza.  Even with closer engine parity in 2013, the Milton Keynes based squad opted to run with outwardly less complex wings for the Italian GP.  The loss of the cascades of course compromises the RB10 throughout the corners but on the long straights of Monza, the reduction in drag they create is much welcomed. 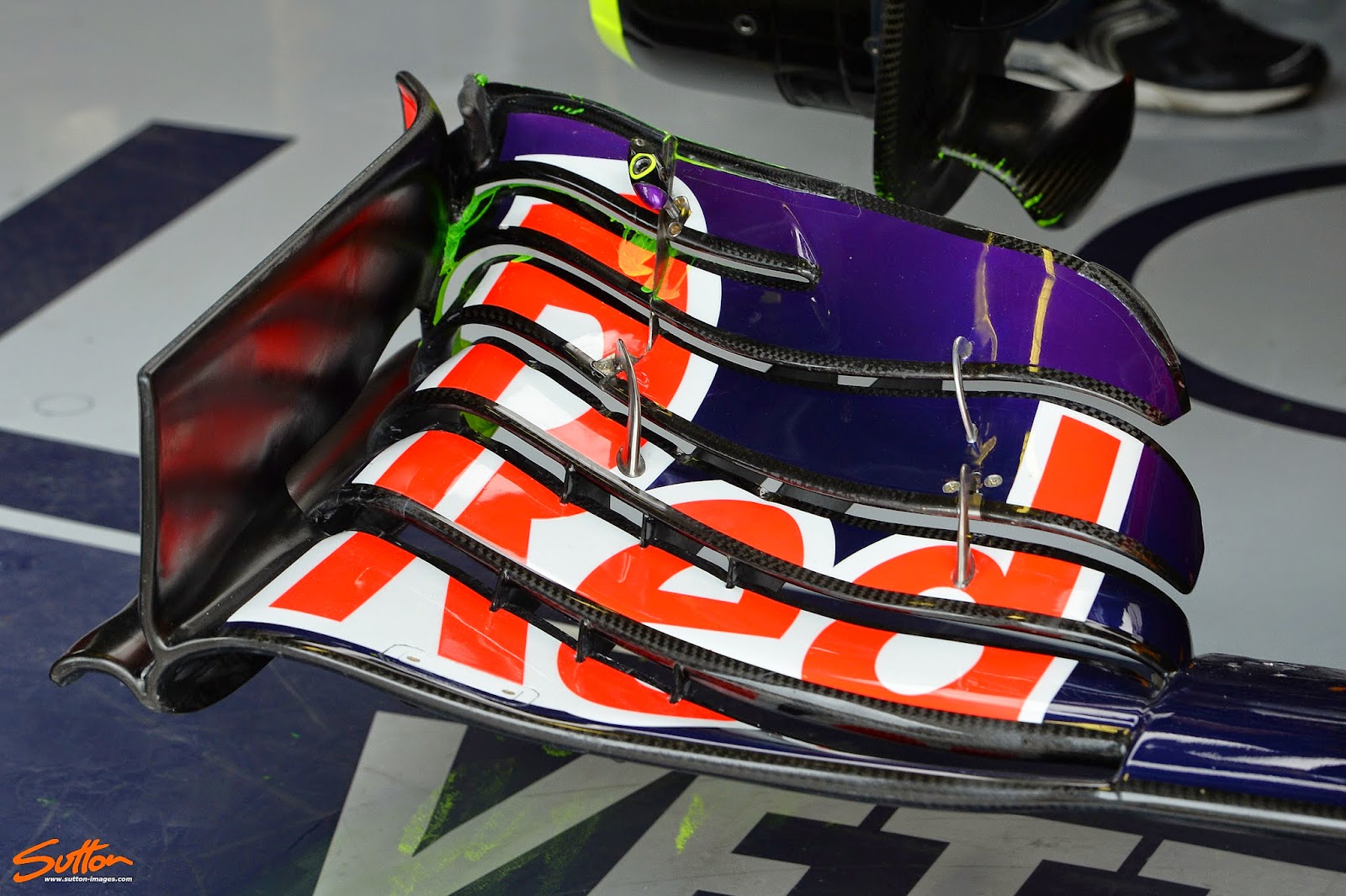 As Christian Horner remarked they ran the lowest downforce option they could in Monza 2013 whilst engine parity was pretty close, making it even clearer how well Red Bull, Renault & Total have done to close some of the performance gap.  The loss of the cascades means that the airflow that would normally be turned outward or over the tyre is not conditioned, this of course leaves the tyre wake to do it's own thing, however without the interference the airflow moves more smoothly and thus drag is reduced.
Tagged
Newer Post Older Post