Singapore comes off the back of the stand out aero track of the season, with Monza providing a backdrop to the only truly low downforce package.  Before that we had Spa which although it's classified as a medium downforce circuit it puts a massive onus on drag reduction, owing to the long straights encountered by the drivers.  This gives the teams a window of opportunity for which to concentrate their efforts on the closing rounds which are more skewed toward downforce. 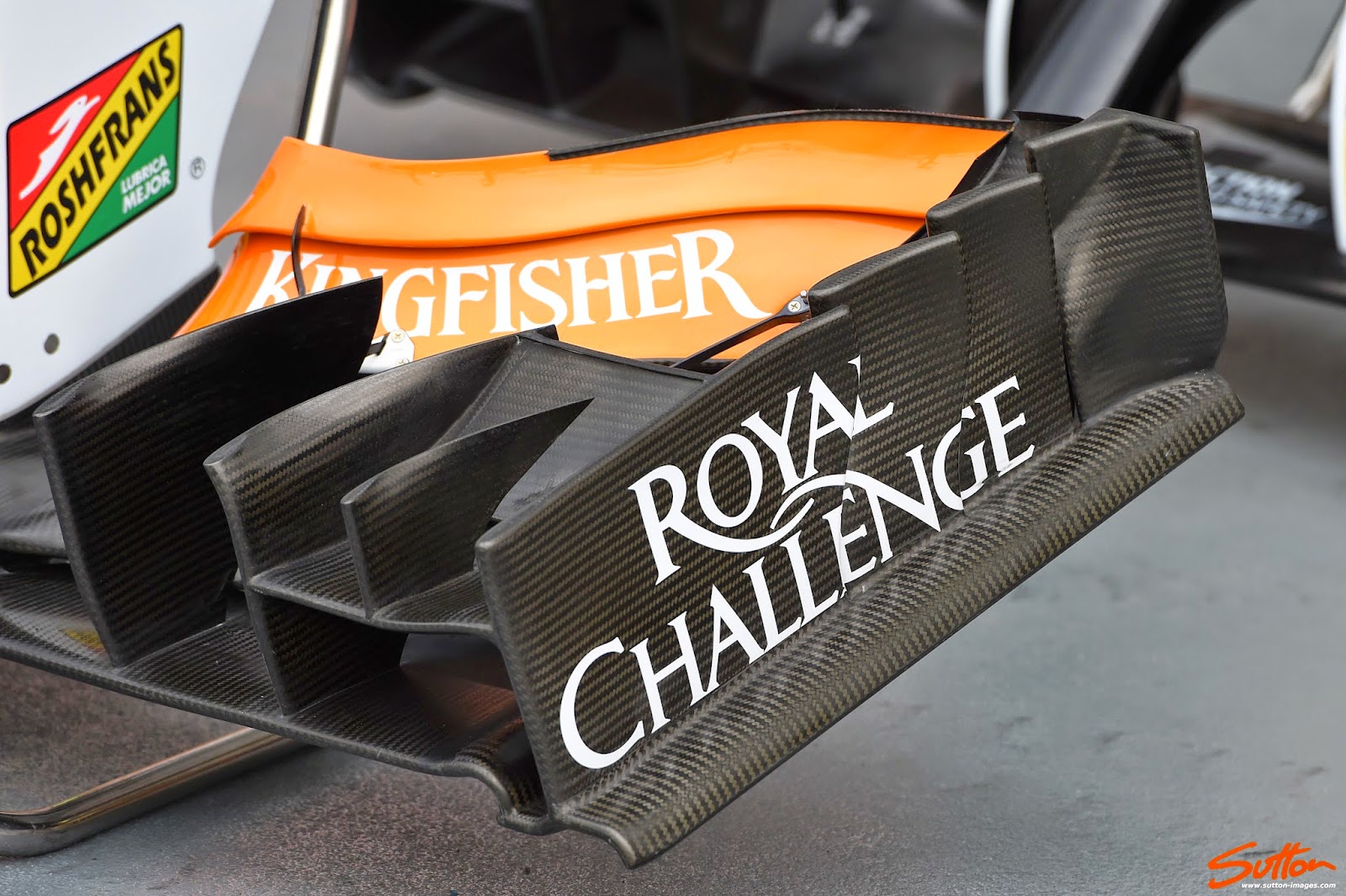 With this in mind Force India who've trialled several new pieces over the last few races but abandoned them without racing them arrive with a new Front Wing.  The endplate that was previously split into two sections (above) is now a re-designed singular element, changing how and when the inner and outer flow structures meet.  Like many of its rivals the team have also invested some effort into adding a canard element (below).  These canards are all designed around the concepts of each of the teams current front wing ethos and Force India are no different.  Placed on the upper front edge, the canard's purpose is to help draw air over and around the front tyre by creating a vortice and pressure difference that entices the airflow around the endplate. 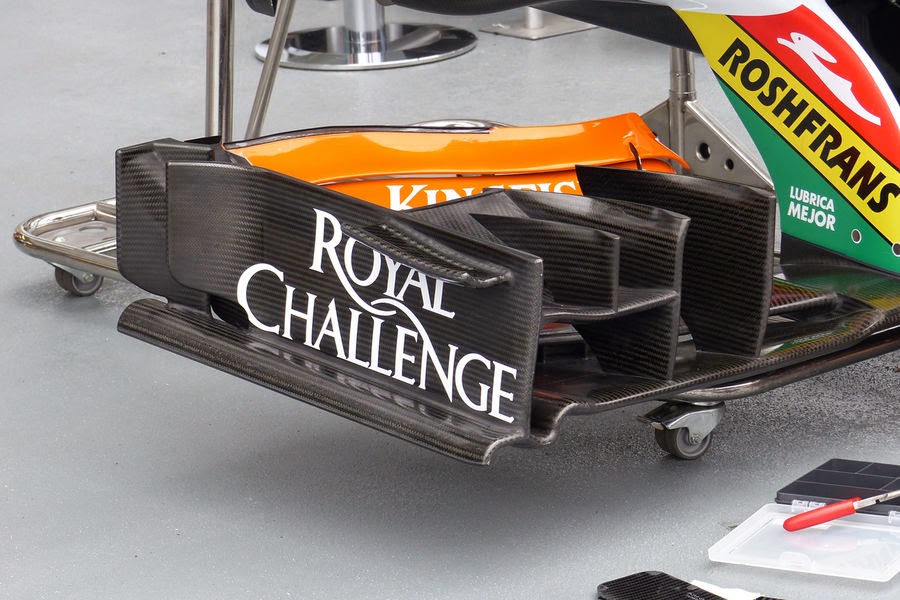