Sauber made their last large upgrades at Barcelona, one of which was a change in front wing philosophy that saw the team introduce a new cascade element and a outboard endplate canard.  For the high downforce street circuit of Singapore we see that the team will once again make a change in this area (See image below, inset shows the older configuration). 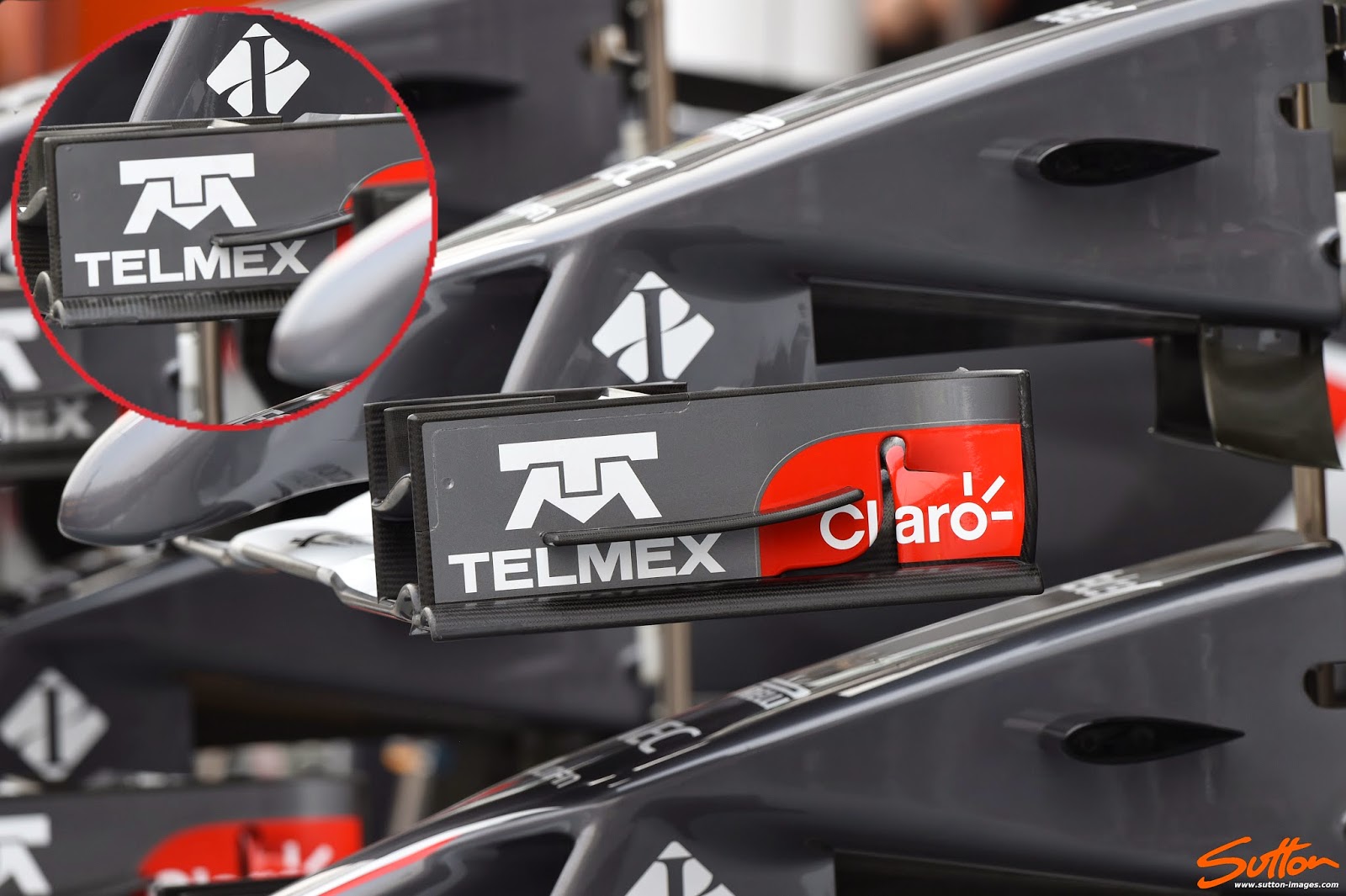 The team have lengthened the canard which will change the way in which the vortex it sheds is formed but also how that affects the surrounding airflow.  This should have a marked effect on the flow around and over the front tyre, with the canard creating a pressure gradient on the outside of the endplate that encourages flow from both the cascade to flow upward and also pull the airflow through the rearward endplate slot. Of course this has a downstream effect, changing the front tyres wake and the impact this has on the floor.