As we know most of the performance accrued by Mercedes against their rivals this season comes from their powerunit.  However the amount of work done of the aero side should not be underestimated either with some very decent concepts in play.  It seems more than perhaps most, Mercedes have focused their efforts on using the waste energy created by the exhaust plume as a further performance advantage.  Over the past few seasons the use of exhaust blowing has primarily been aimed at sealing the edges of the diffuser, reducing the impact of tyre squirt and allowing the teams to run with aggressive rake angles.  The placement of the exhaust along the cars centreline looked to reduce its impact but the teams can't unlearn what they know, in this case that the exhaust plume can offer a source of immense energy.  The use of a turbocharger whilst connected to an MGU-H also quells the ferocity of energy dispatched by the exhaust, but nonetheless it's still something that can be used to levy an advantage.

Mercedes have already made several changes to their Y100 Winglet / Monkey Seat throughout 2014 (Barcelona, Monaco, Spa) alluding to development in the area and also how they treat specific track characteristics inline with their rear wing design.

The team have once again made a small change to their design for Singapore changing the guide blade that sits astride the upper extension of their ladder winglet. 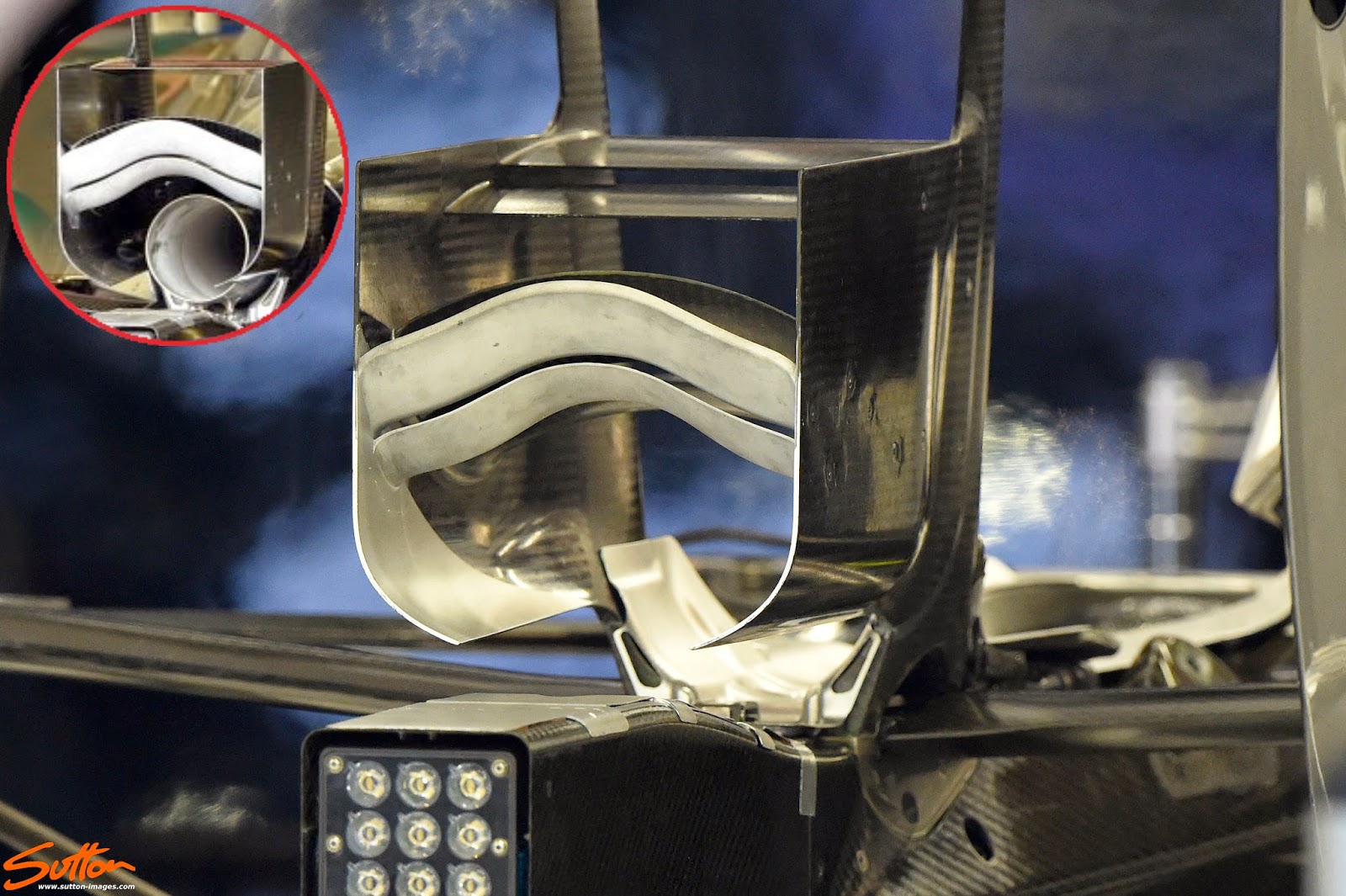 As we can see from the older configuration (inset) the upper blade has been replaced by twin blades, this alteration may seem small but the way in which it manipulates the airflow will of course have an impact on performance.  The inclusion of the secondary blade is likely done to delay the point at which the exhaust plume (and surrounding airflow it guides) interacts with the upper section of the top flap, meaning the team can run more angle of attack without flow separating, increasing downforce and reducing drag.