Force India have introduced large upgrade packages at several key stages of the season, but retained a constant flow of parts throughout the season too.  For the high downforce configuration of Singapore the team have introduced some updates at the rear of the car to bring extra performance.

These updates come in the form of new rear brake ducts and a new diffuser, which have been introduced in tandem as both provide performance that can't work in isolation. 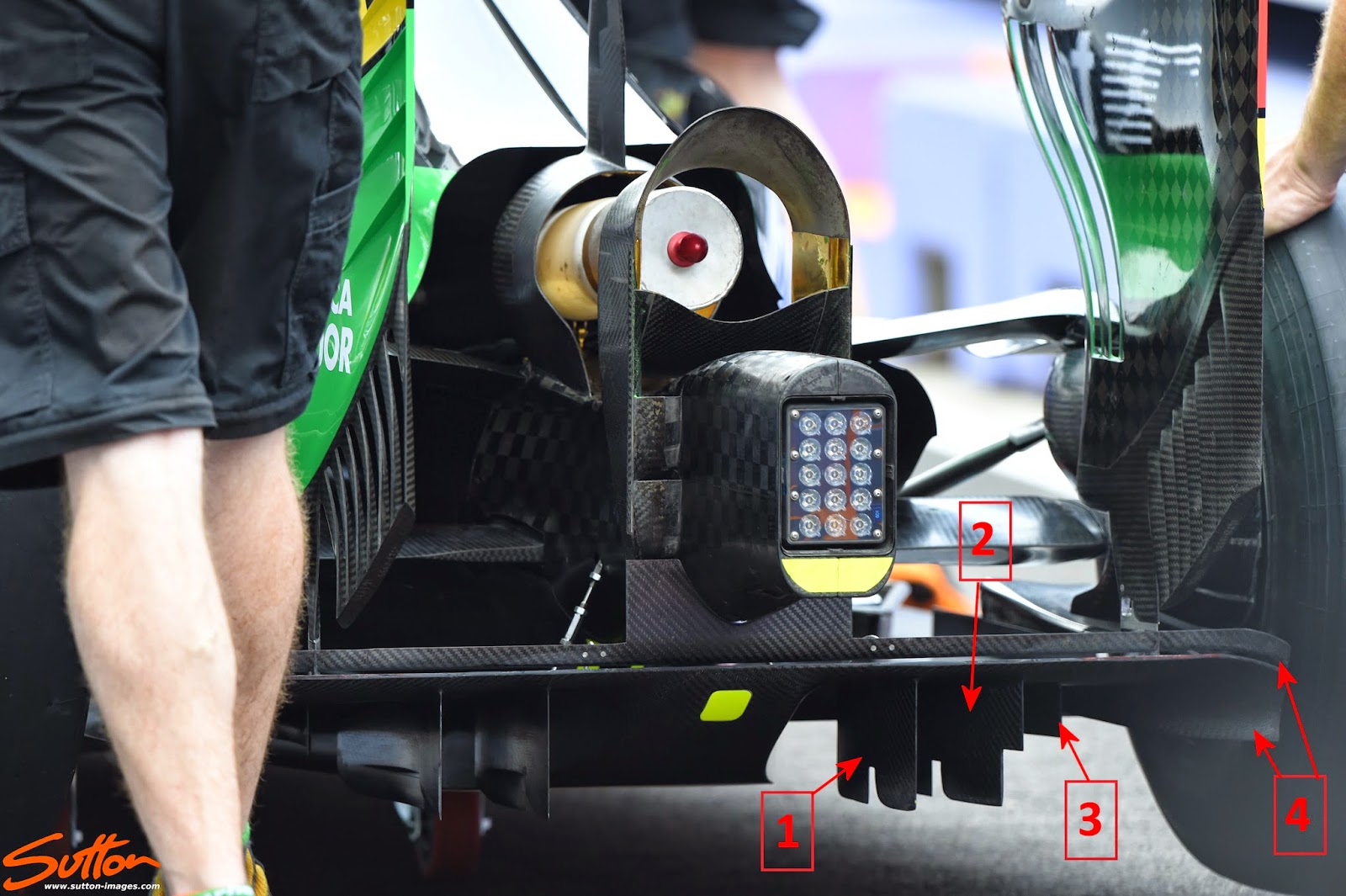 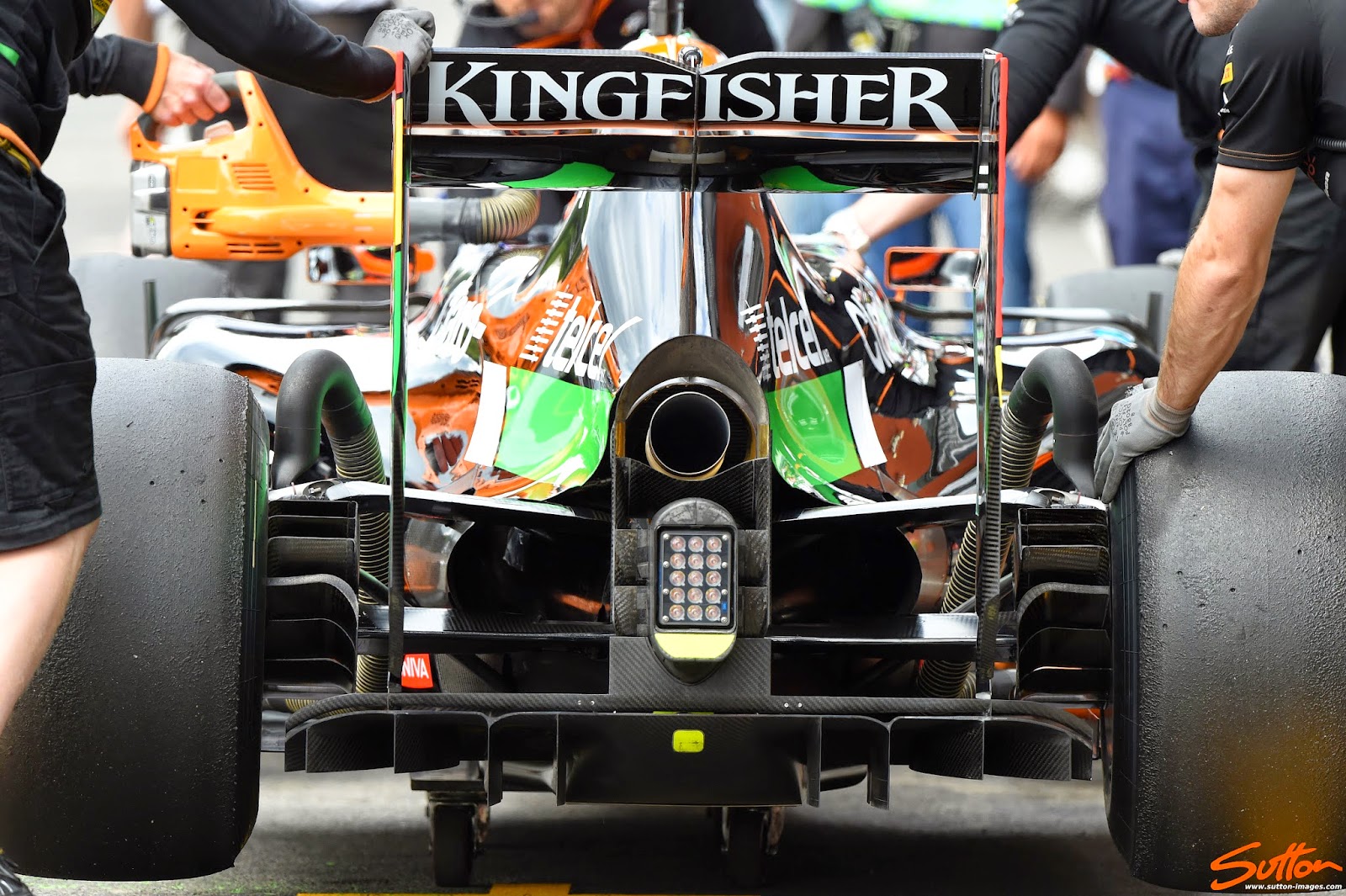 Above: As a comparison here is their diffuser used up until Singapore

The team have also made a change to their rear brake duct winglets (below, whilst their old ones can be seen in the image above), inline with the changes made to the diffuser as both have an impact on the tyres wake, meaning a change in diffuser ethos must also be met with a change to these winglets 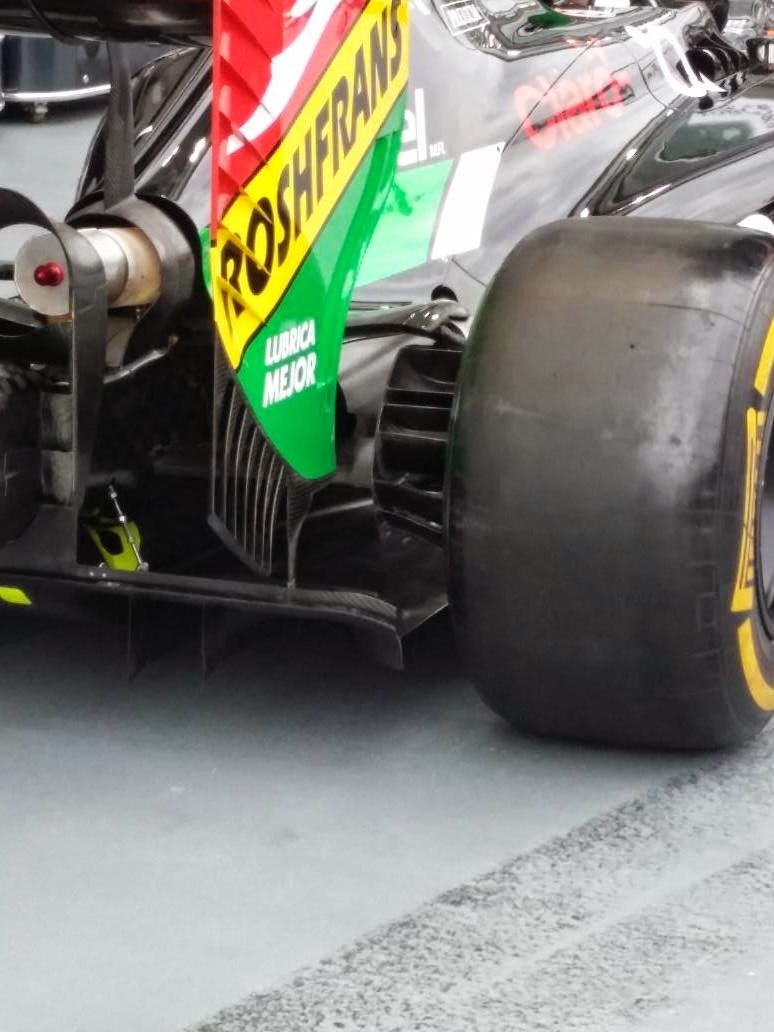 Above: Image via @ScarbsF1