Sauber have already made attempts at rectifying their performance disadvantage this season but for Singapore we find that the team have once more turned their attention to the sidepod bodywork.  This is the 3rd major iteration of their sidepods, with a change made in Barcelona that increased the size of the inlet to accommodate more cooling.  The changes didn't stop there though with the bodywork size and shape adjusted, catering for the way in which the airflow moved dowstream, into the coke bottle region.

The new bodywork, retains the inlet size run since Barcelona but looks to trade off some of the cooling requirements with changes at the rear of the car. This comes off the back of Sauber taking a step the two other Ferrari powered teams took in Spa when they followed suit in Italy covering the exhausts primaries.  The result of which is a retention of heat within the exhaust itself which increases the potential of the powerunit. (Image @ScarbsF1) 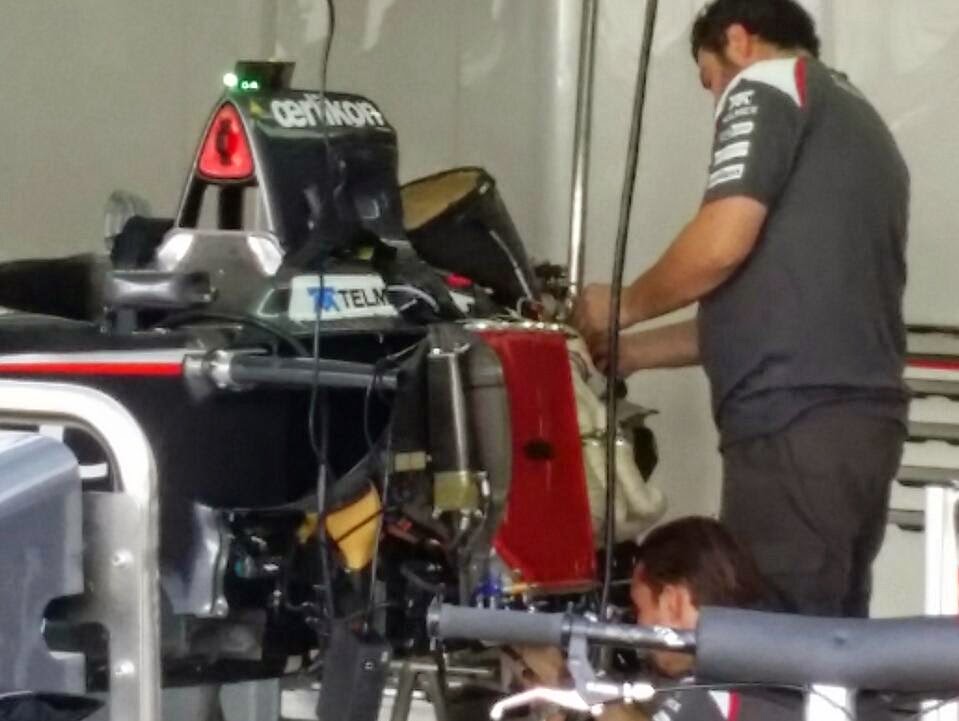 An increase in length of the sidepod, will help to retain the aspect ratio of the upper surface, as the upper cooling outlets increase in size encroaches on the sidepods bodywork.  The changes have also ushered in further curtailment of bodywork paint, with the rearward part of the engine cover now left bare.  This will advantages in terms of heat displacement and also marginally save weight.  (Many teams have moved to an elongated sidepod exit this season with the placement, shape and orientation critical to the performance of the floor, diffuser and rear wing, as all these structures can be compromised by it). 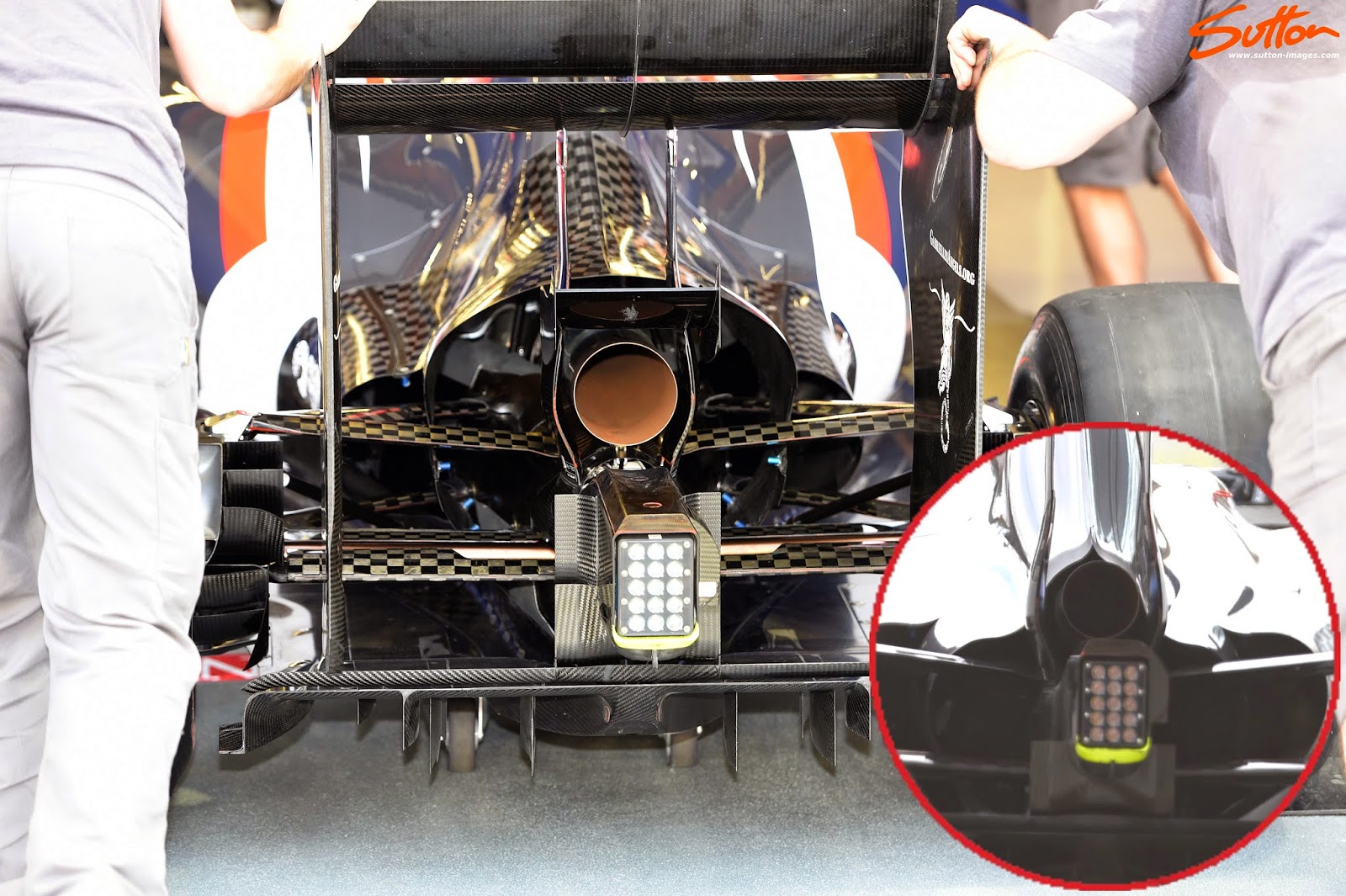 The adjustment of the lower outlets means the upper outlet has been increased dramatically in size (above, with the inset showing their Monza specification).  The team have also re-introduced their monkey seat (Y100 winglet) which sits just above the exhaust, looking to increase the upwash effect in the region (assisting both the diffuser & rear wing).  Furthermore the fins that run either side of the crash structure (in the Y100 region) are now two piece elements either side, making them much taller; which will of course change the flow characteristics/upwash in the cars centreline.
Tagged
Newer Post Older Post