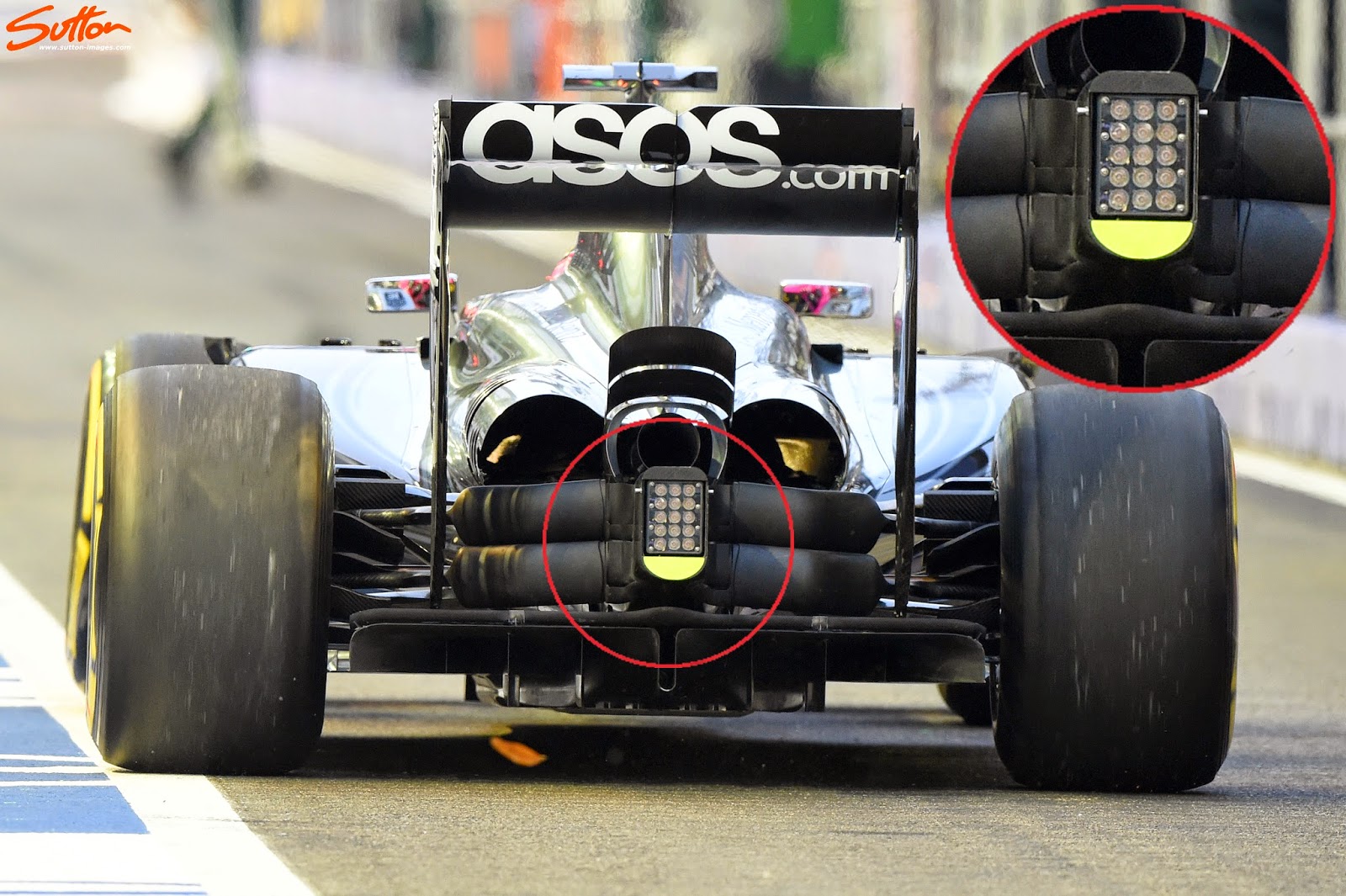 In a outwardly minor alteration in Singapore, McLaren have adjusted the ladder winglets that sit astride the rear crash structure (above).  Responsible for upwashing the airflow in the region and creating a centralized connection between the diffuser, exhaust, main Y100 winglet (Monkey Seat) and rear wing any changes clearly has impact on several flow structures.  We must therefore bear in mind that the team return to the use of both wishbone wings for Singapore, having just used the lower ones at the last few races; whilst they changed the central portion of the diffuser in Spa. 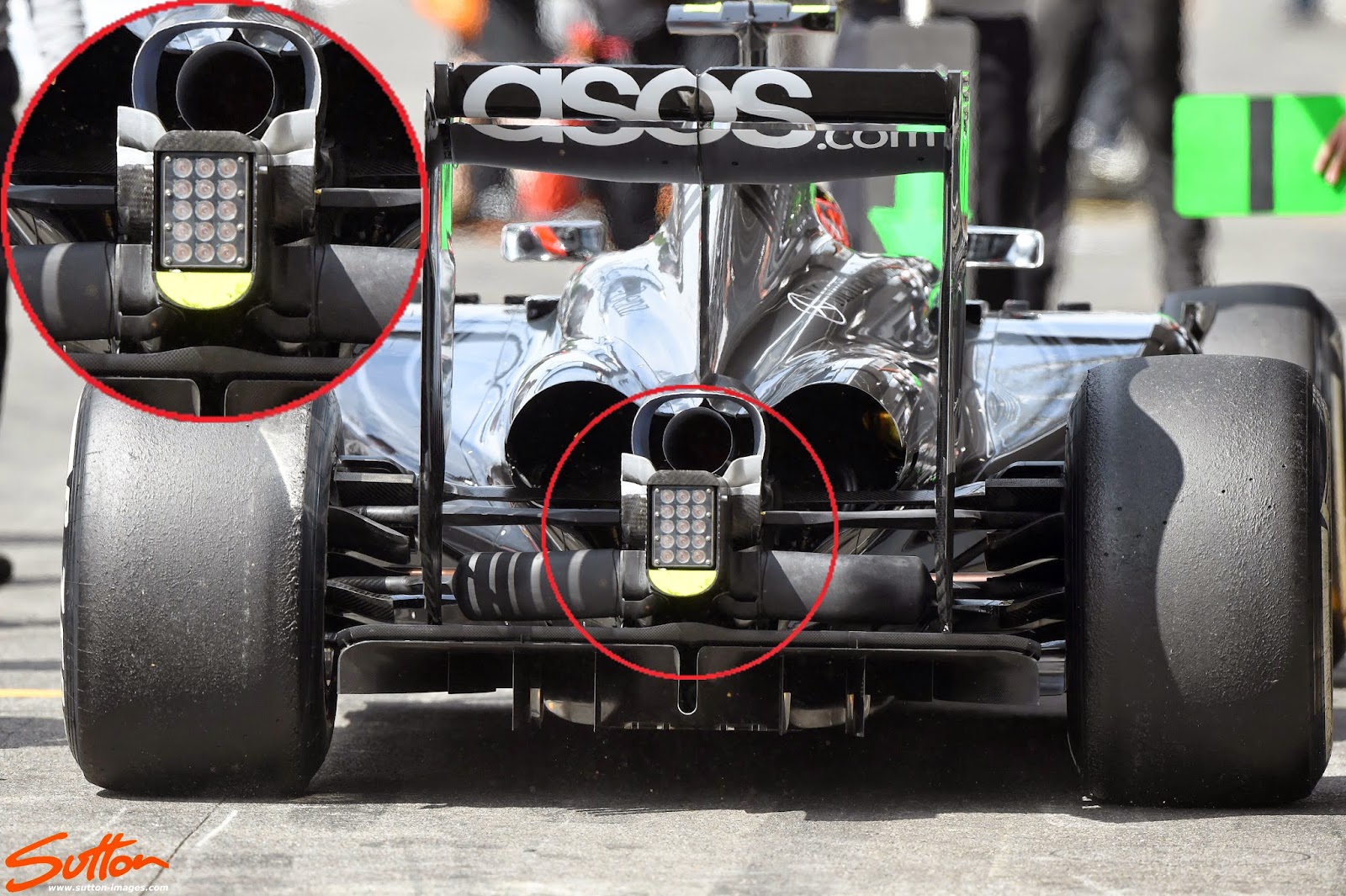 As we can see from their previous Y100 ladder winglet (above) the upper section is designed very differently, not only do we now find an extra section at it's base with which to release airflow, we also see the zircotec painted (silver tips) have been removed.  This will clearly have an impact on the trajectory of the exhaust plume, with it most likely having a more spanwise effect on the upper wing surfaces.