Mercedes arrive at Monza clearly ahead of their counterparts, this hasn't stopped the team from introducing new components though, with a change made to their wing mirror mounts and the cockpit fin that sits alongside. 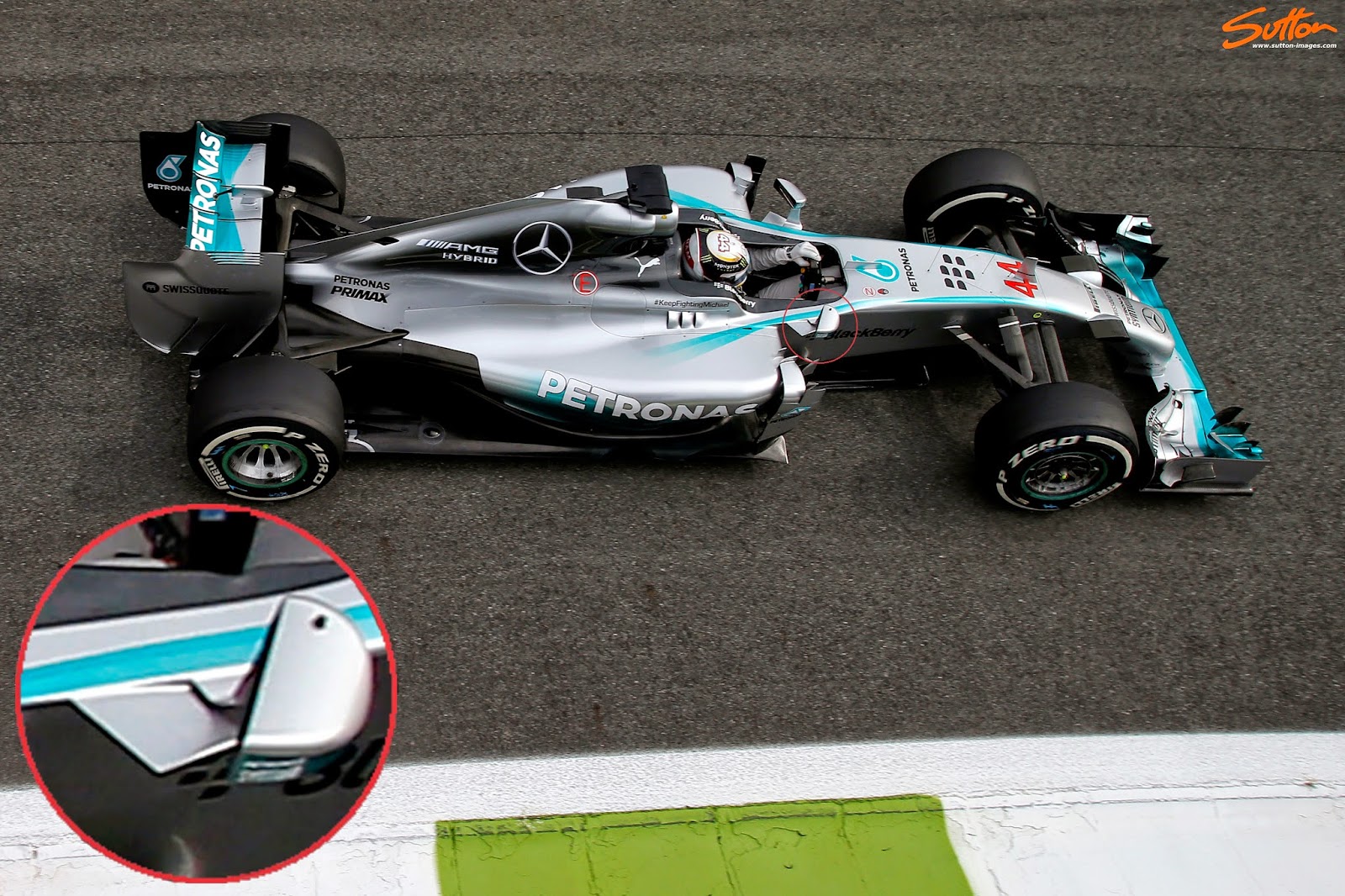 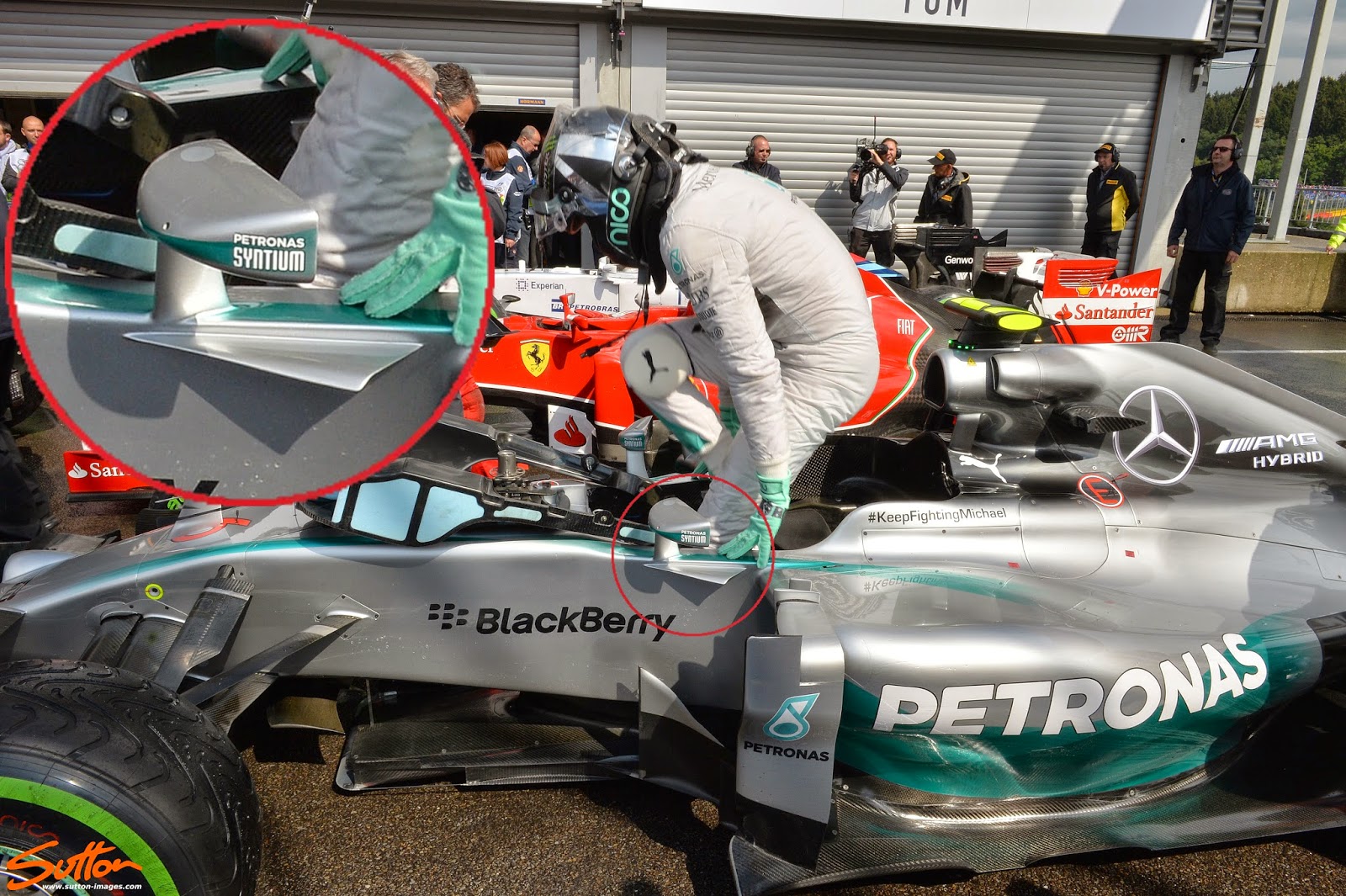 This means that the stalk is shaped to interact with the fin placed alongside it which is also reshaped.  Previously the fin was triangular whilst the new fin is more of a rhomboid shape, this will of course have an effect on how it reacts with the stalk and the type of vortices that are shed.

The appendages that proliferate the area around the sidepods leading edge are critical to the behavior of the sidepod, determining how the sidepod reacts and at what speed.  It's therefore altogether plausible that these changes could be Monza specific, with a premium placed on drag reduction and top speed, meaning this new configuration is able to delay separation/ reduce boundary layer build up at the tail end of the sidepod. 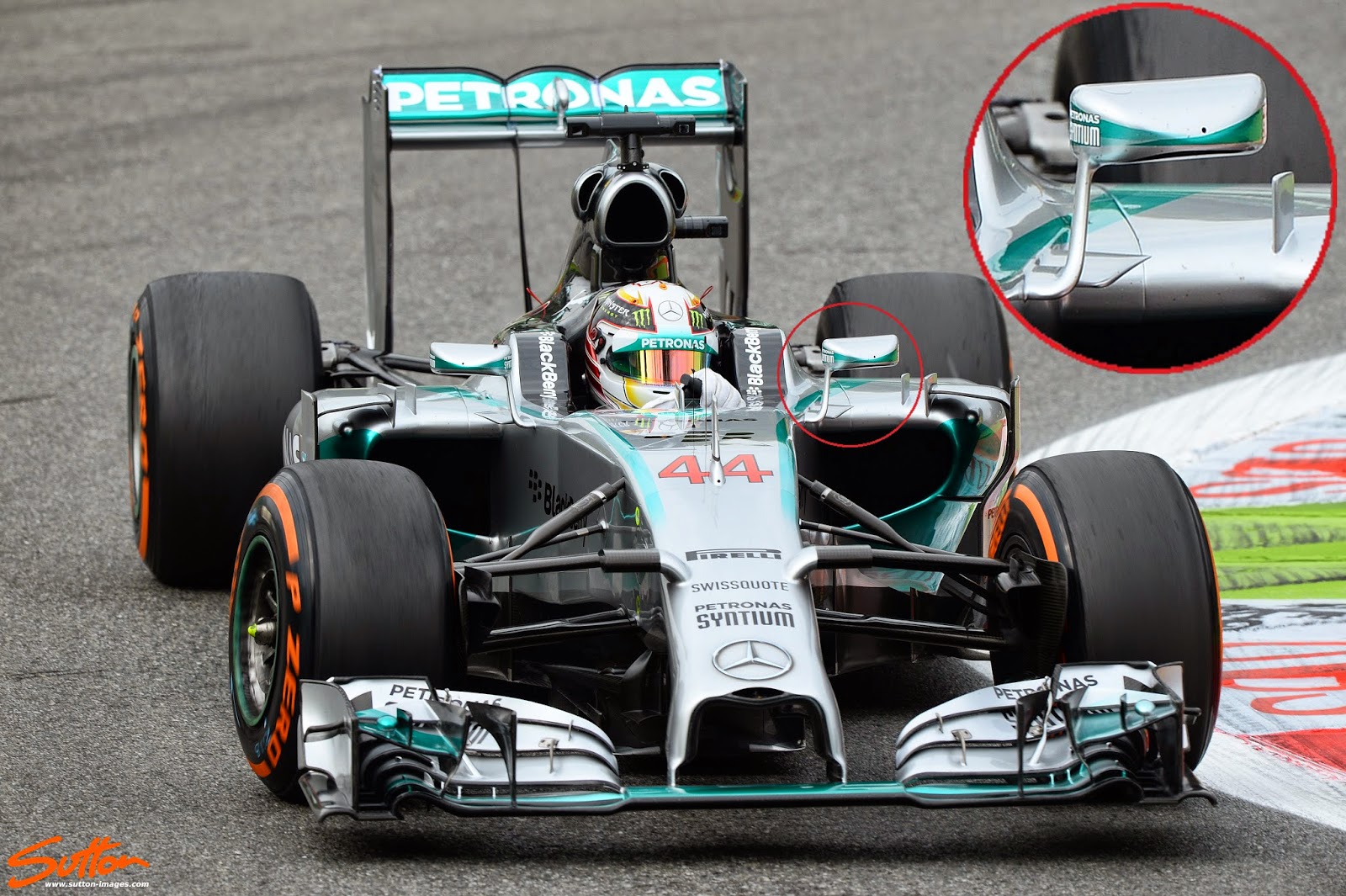 Above: The new mirror stalk is mounted on the side of the cockpit, with the fin placed just underneath it 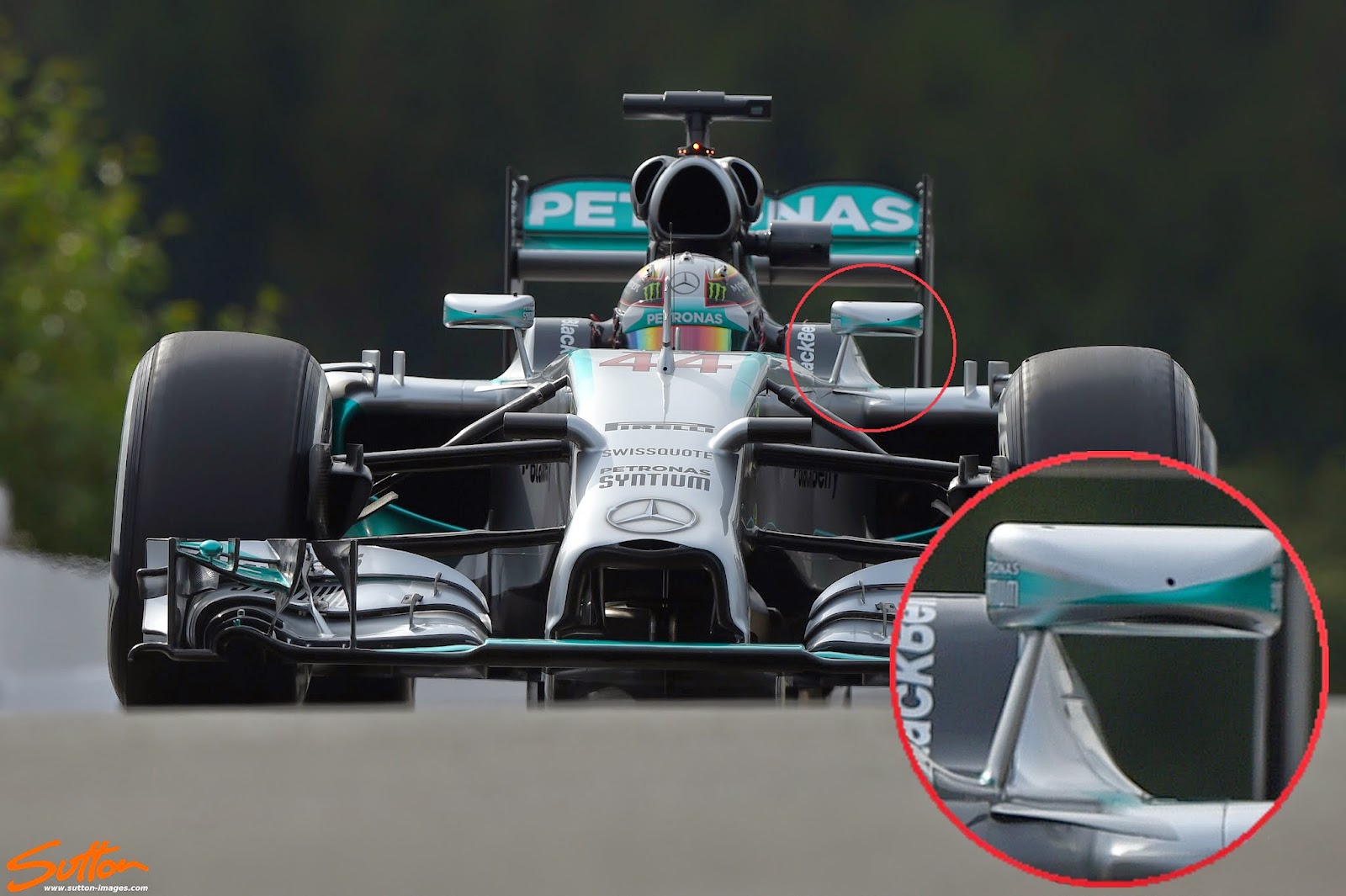 Above: The old mirror stalk is mounted on top of the cockpit entry, leaving the fin to work in isolation