The FW36 has been pretty quick all year, of course having the Mercedes powerunit has been a massive benefit to them but you cannot underestimate the job they've done aerodynamically.  The FW36 is an efficient car, not strewn with aero components that force the airflow.  This methodology does put more of an emphasis on mechanical grip and is likely the reason they struggled with tyre wear early on.  Once they had a good handle on that they made much larger strides to the front of the pack. 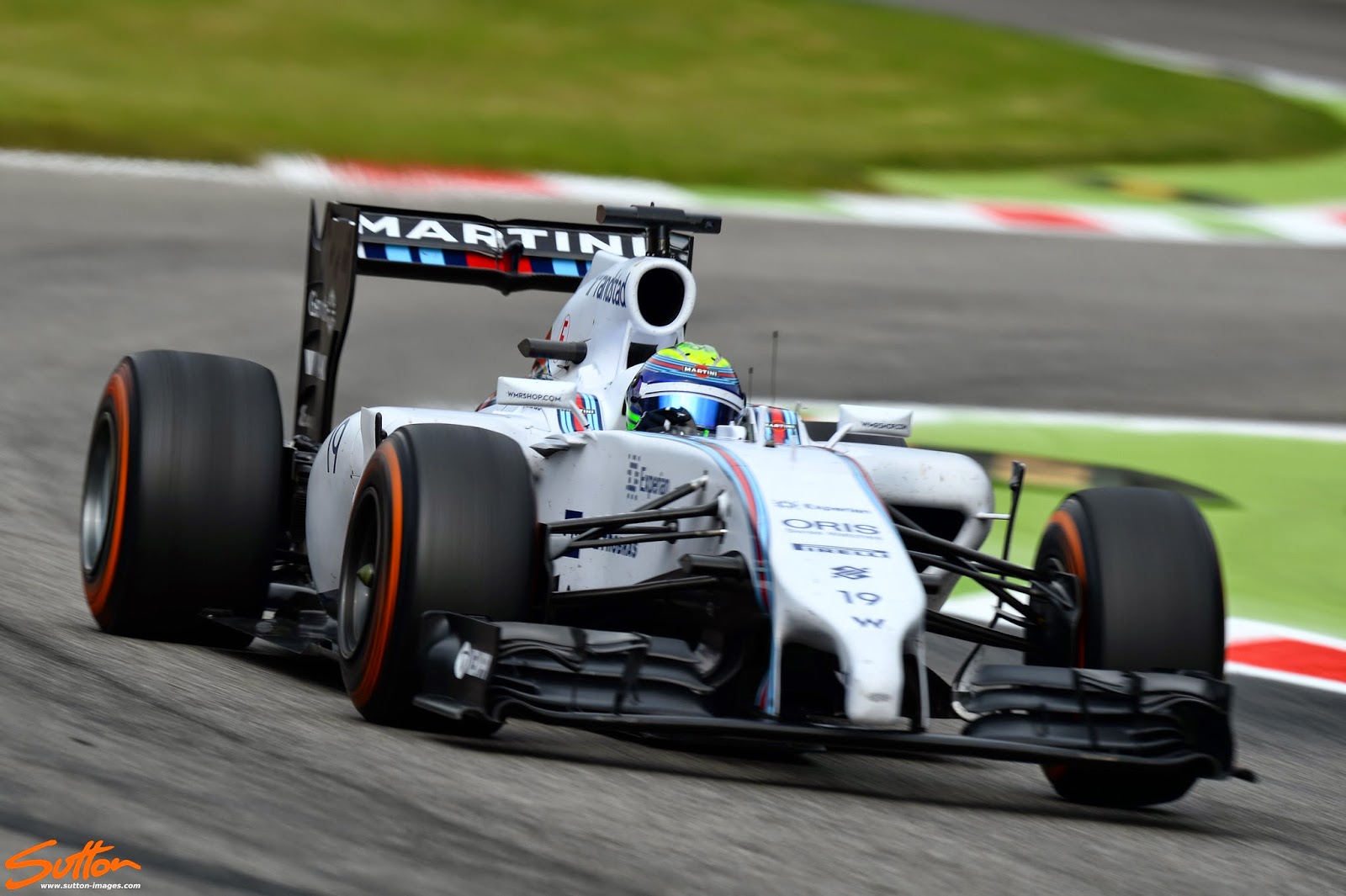 The long straights / high full throttle time of Monza poses an even greater challenge, with the team opting (just as others have) to run an extremely skinny rear wing.  The low angle of attack will undoubtedly result in less drag, making their car even more potent on the straights.  The centre section of the wing is ever so slightly cambered around the more circular centre V groove, used to further reduce drag.  Endplate louvres on such low angle of attack wings are either reduced in number or eradicated totally, their use afterall is to minimize the tip vortices generated by the two pressure gradients meeting.  In the case of Williams they are down to just one louvre 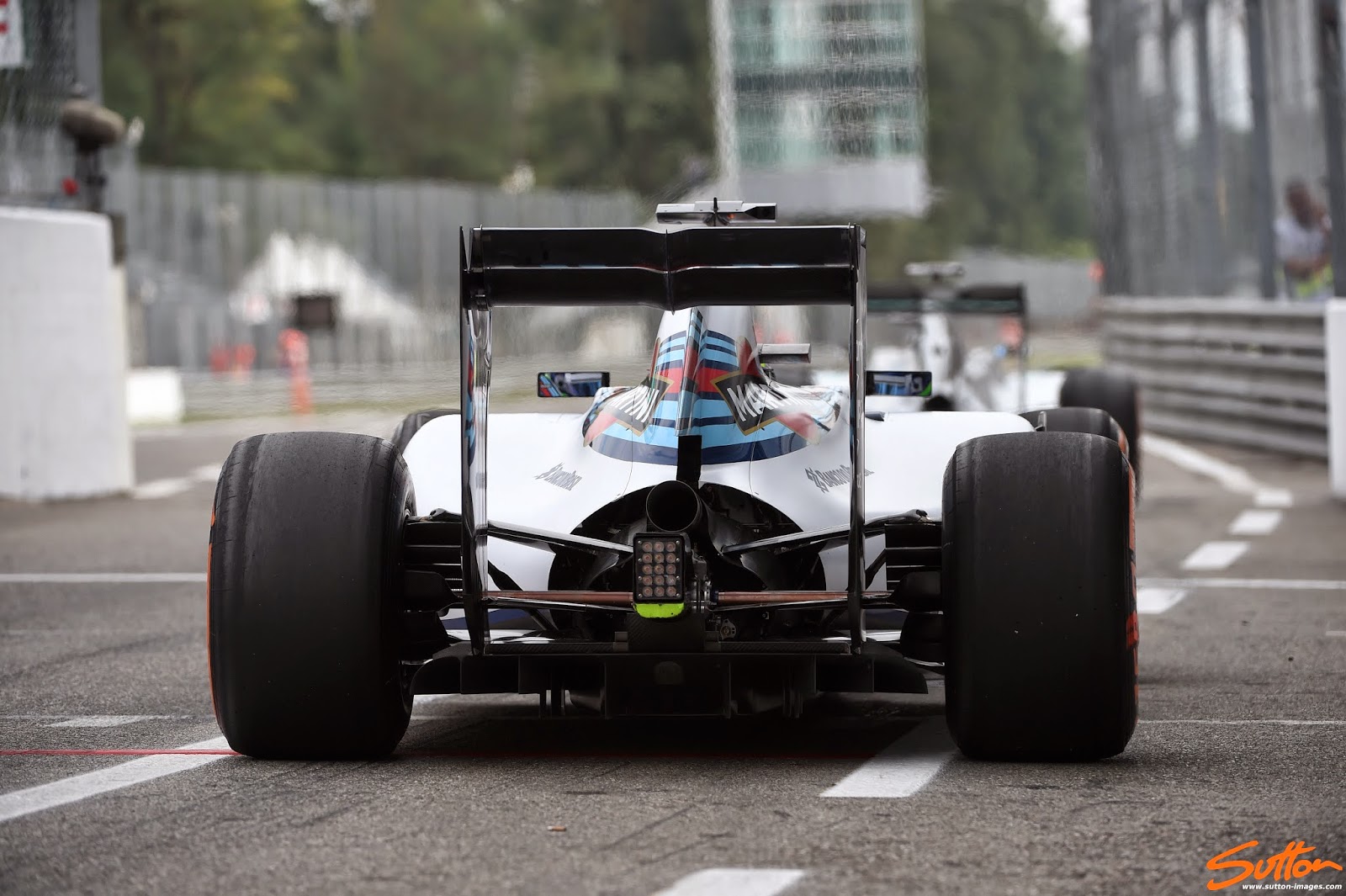 The use of the Y100 winglet / monkey seat is also eradicated for Monza as it's primary use is to connect the airflow structures, making for a more efficient rear wing at lower speed (aiding in attachment).  Without the angle of attack the rear wing doesn't need assistance from a Y100 winglet in order to operate at its optimum.
Tagged
Newer Post Older Post