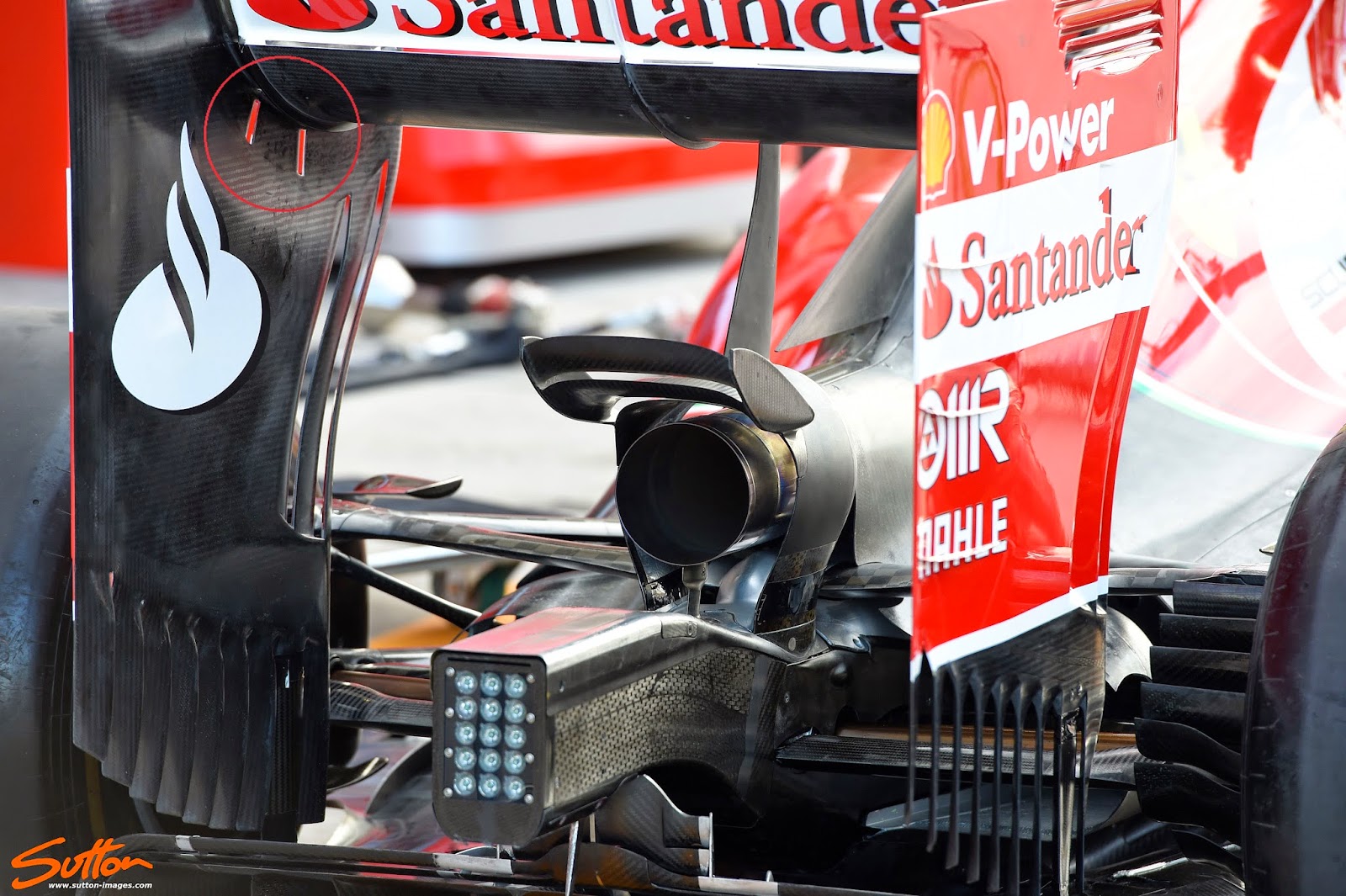 Ferrari have made it public knowledge that over the next few GP's the teams will test components that may or may not feature on their 2015 challenger.  Parts that will be tested to assess performance and if they're lucky may even be retained as they try to finish the season with a flourish.

For FP1 one of these components made it's way onto the F14T in the form of new rear wing endplates.  The design may look familiar to those of you that follow the technical side of the sport as the gradient slots initially adorned the RB10.  In the case of Red Bull three slots took the place of the leading edge louvres, making for a more efficient mainplane and top flap (the slots or louvres are used in order to allow pressure to migrate from the high pressure side into the lower, reducing drag at higher speed).  In the case of these experimental iterations from Ferrari though, only 2 gradient slots adorn the endplate, inline with the mainplane.  The leading edge louvres take care of the airflow distribution / drag reduction of the top flap, however owing to their desire to increase the AoA/Downforce being generated by the wing they've also reduced the height of the rear cutout. 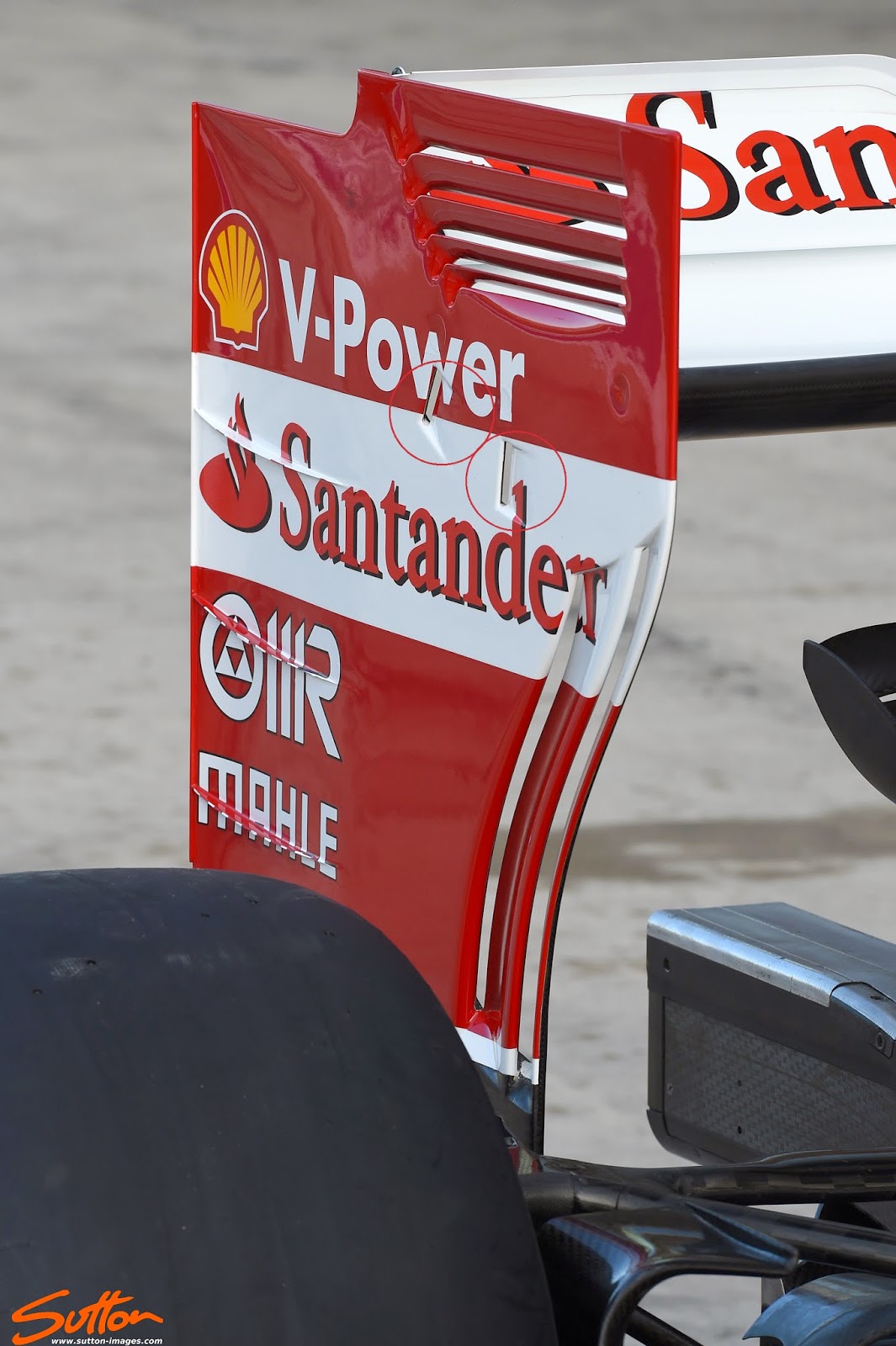 Whether the team continue to run this wing throughout the weekend remains to be seen.