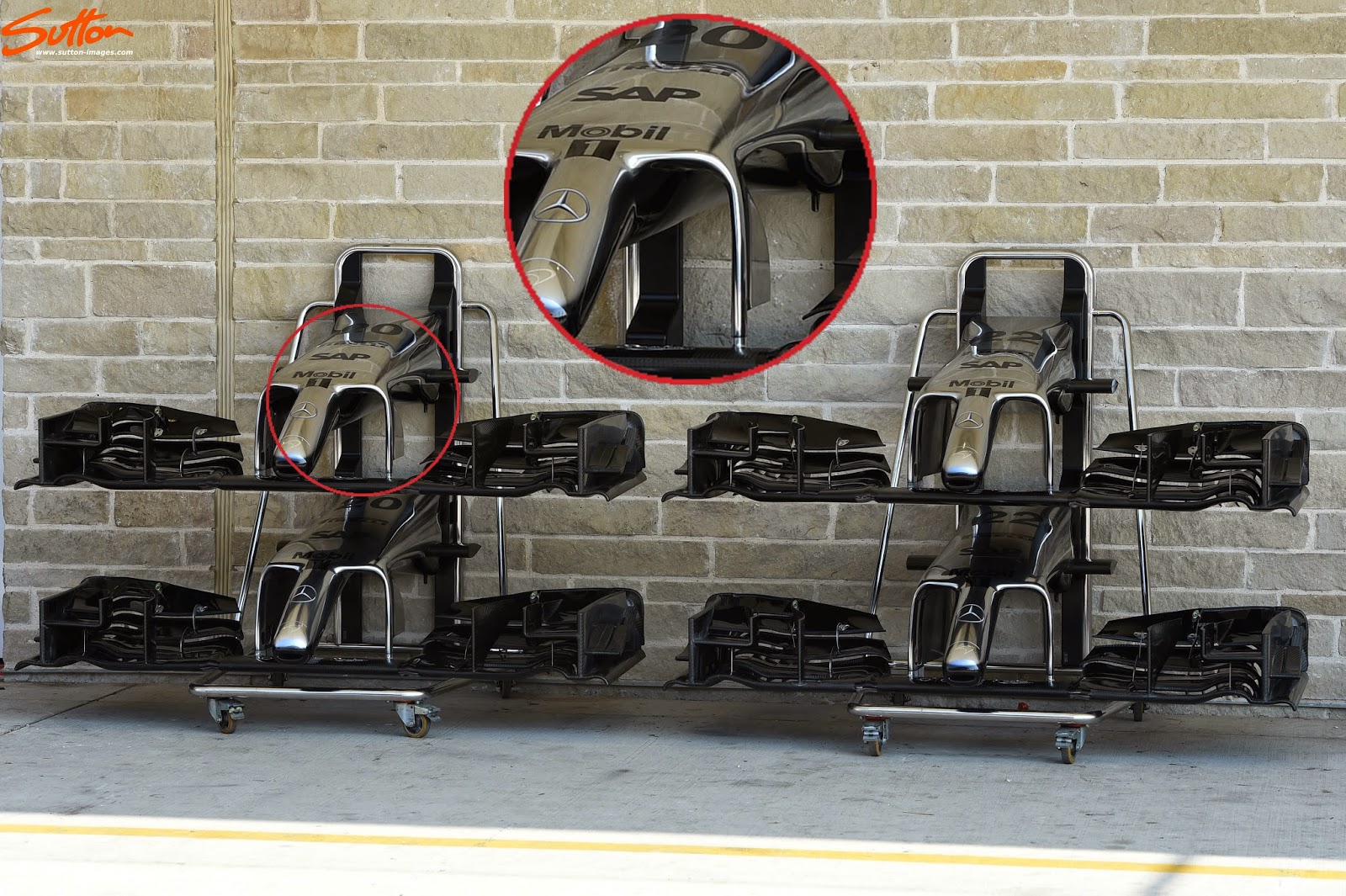 McLaren have introduced a new nose for Austin, not only in an attempt of increasing performance and therefore pulling further ahead of Force India but also with an eye on 2015.  With the nose regulations changing once more for next season, the teams are eager to explore these consequences.  In the case of McLaren the change isn't huge but we do now find a bulge present on the underside of the nose (pelican).

Since mid 2012 the team underwent a philosophy change in which they've attempted to run their nose toward the maximum height available within the regs,  born out the promise of more flow under the central channel providing more rearward downforce.  Flow en-mass however is not always the best solution, with a more controlled and conditioned flow able to enhance other flow regimes downstream.

The idea of the 'pelican' therefore is to harness the flow in this region, conditioning it in a way that the flatter surface used before it could not.  Although it will have a straightline effect (possible flow detachment issues caused by the finger extension blocking airflow and how it then moves into the low pressure zone behind and a reduction of the boundary layer, which albeit not huge can still have an onward effect) its most marked area of improvement will come in yaw, helping to increase front downforce, as it captures the flow more centrally creating a lower pressure zone in behind.
(In basic terms: Imagine the nose from above with the airflow streaming under the nose, now turn the nose left, the airflow will pool, or create a positive pressure on the surface receiving the airflow.  This in turn creates a low pressure zone in behind, which airflow will be eager to fill, speeding up the flow).