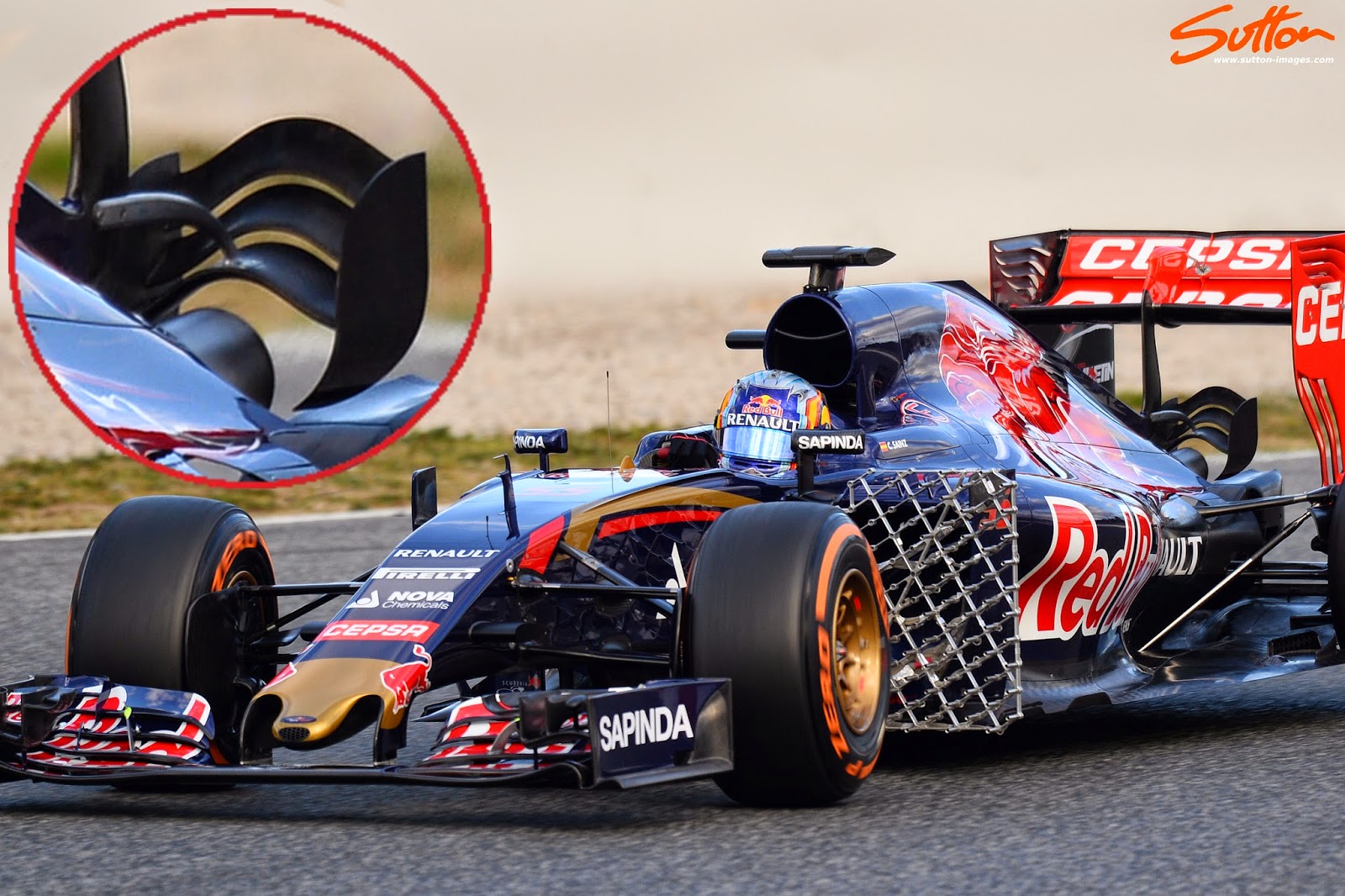 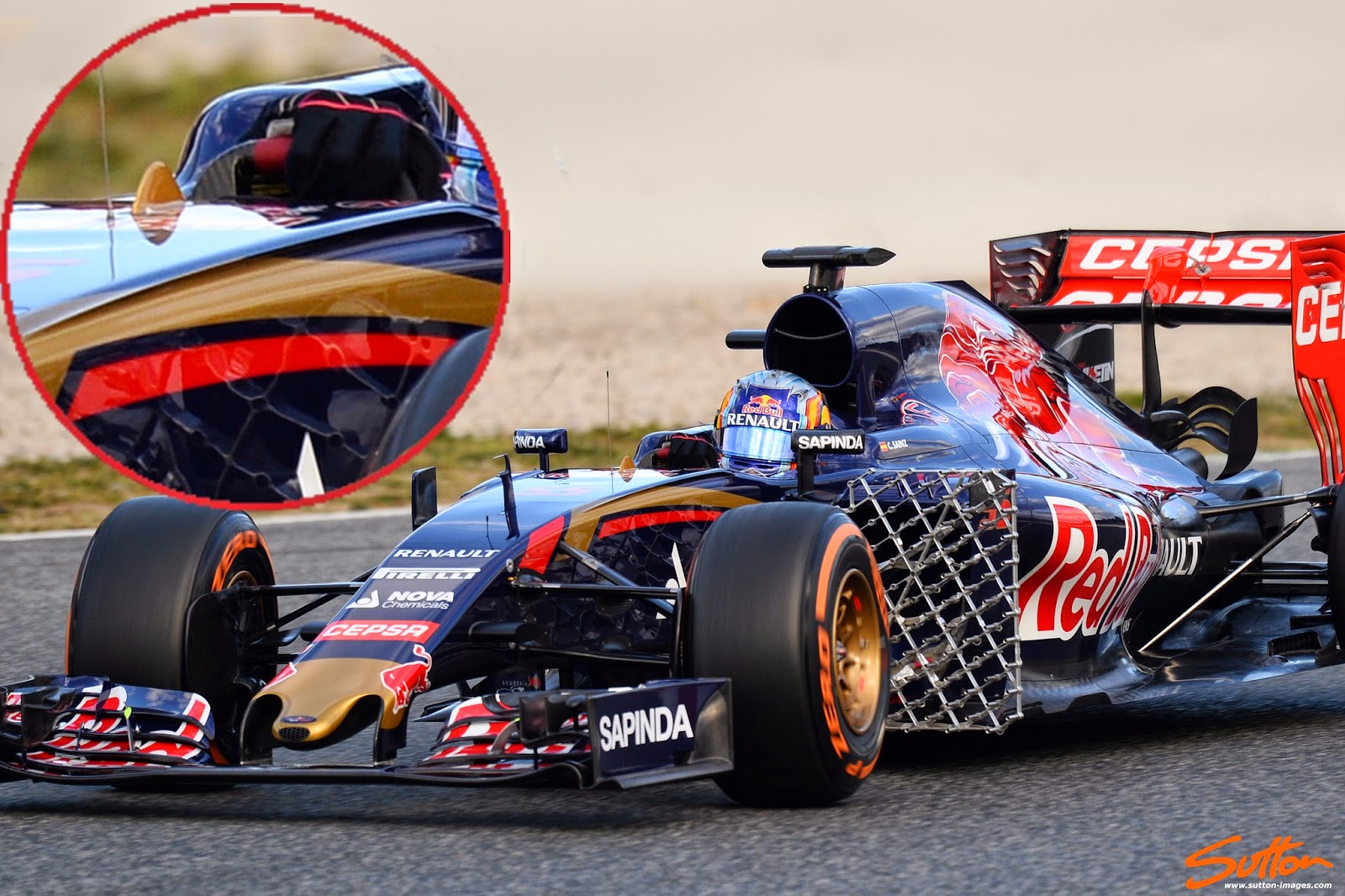 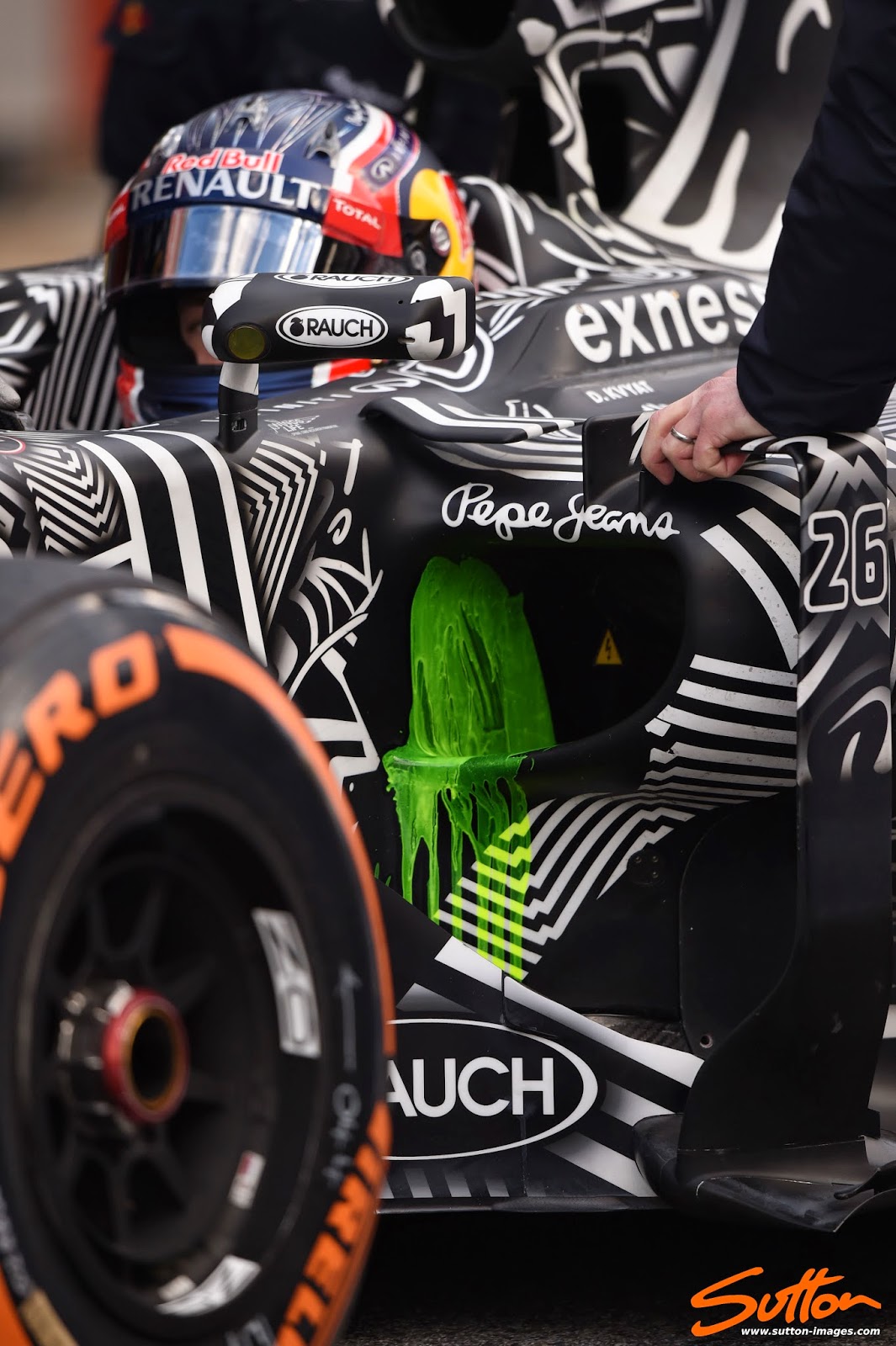 RB11 - Flow-viz applied to the sidepod inlet to assess flow, also note the thermal imaging camera mounted in the wing mirror looking at the back of the front tyre 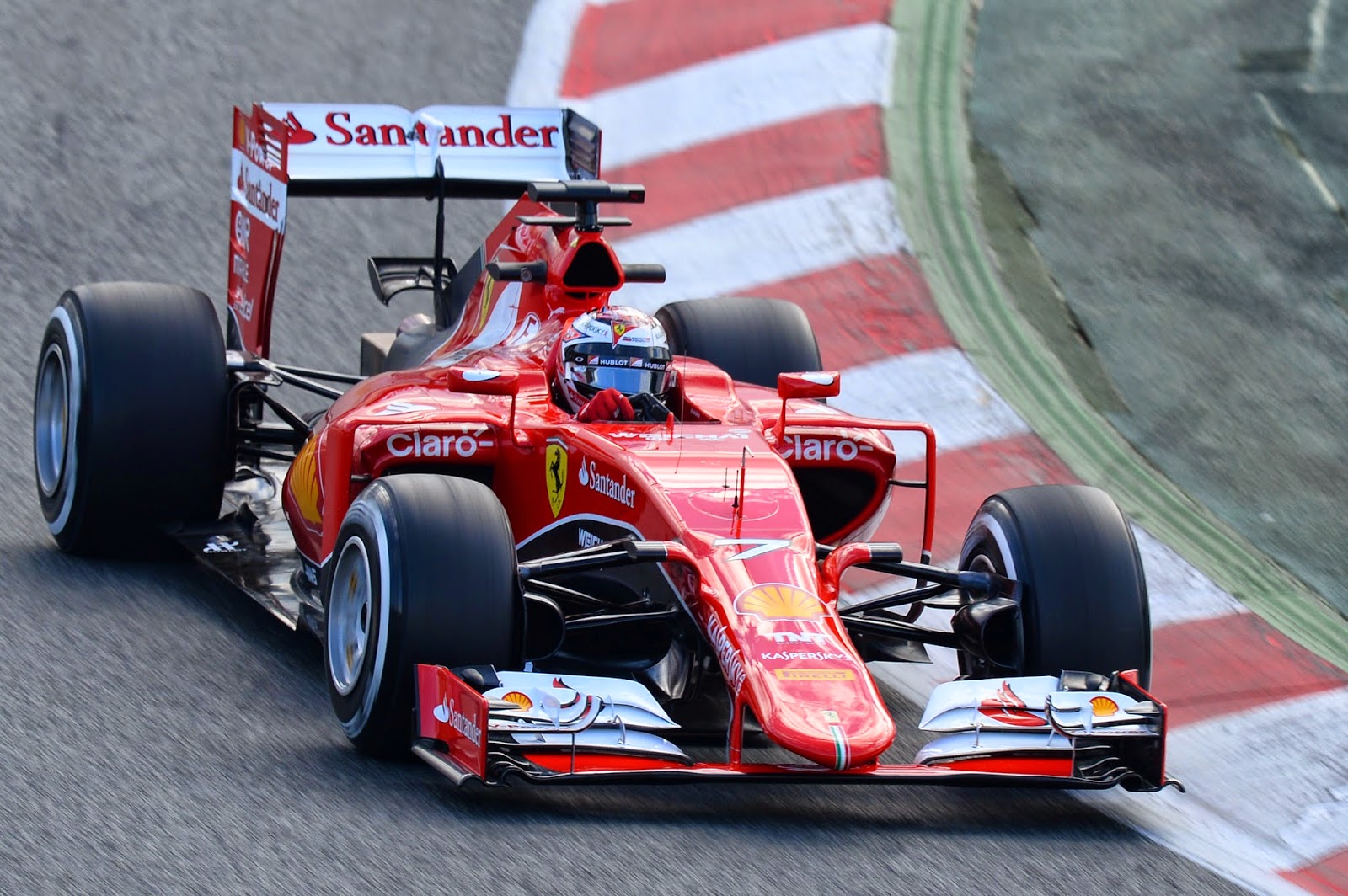 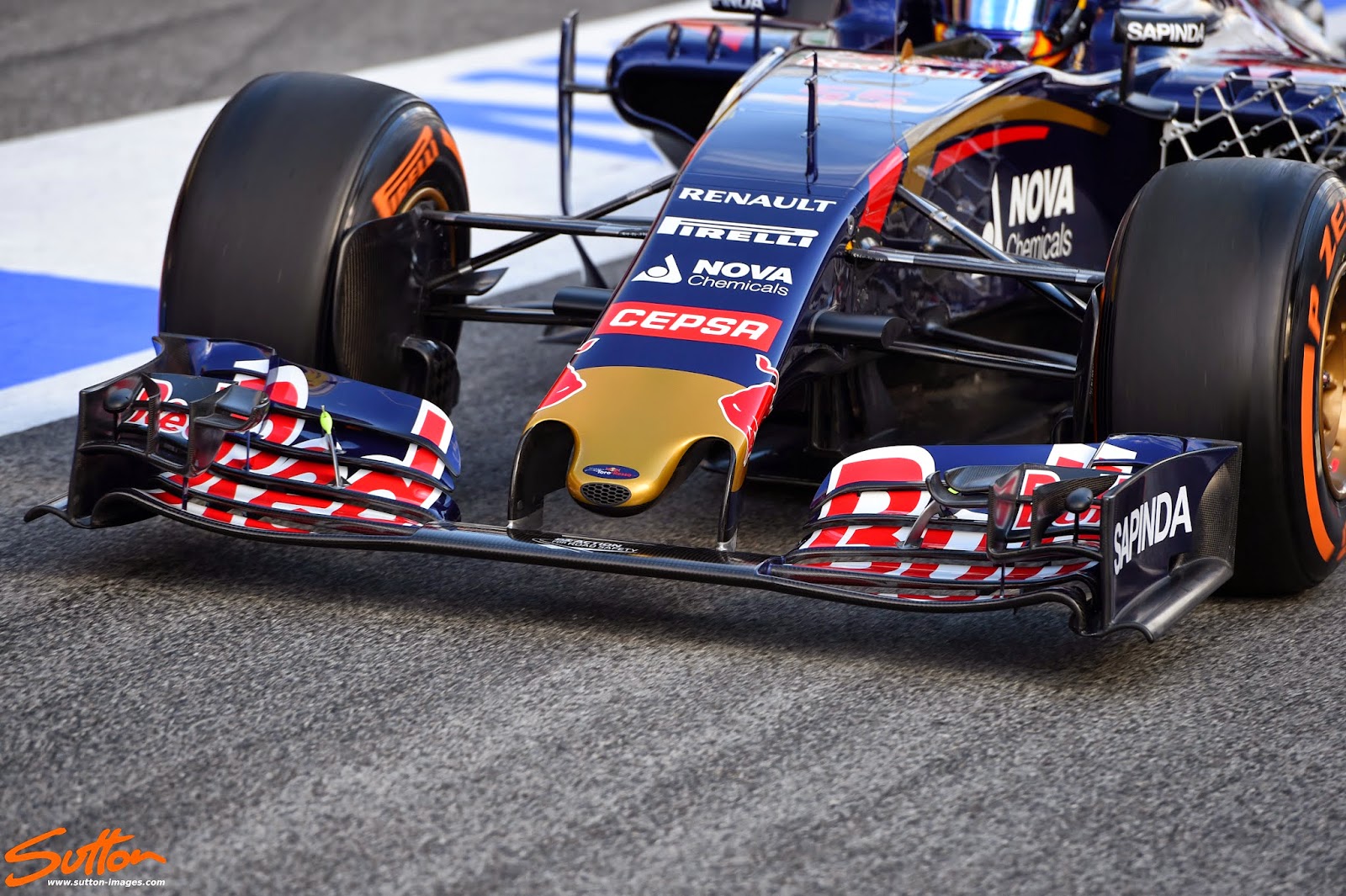 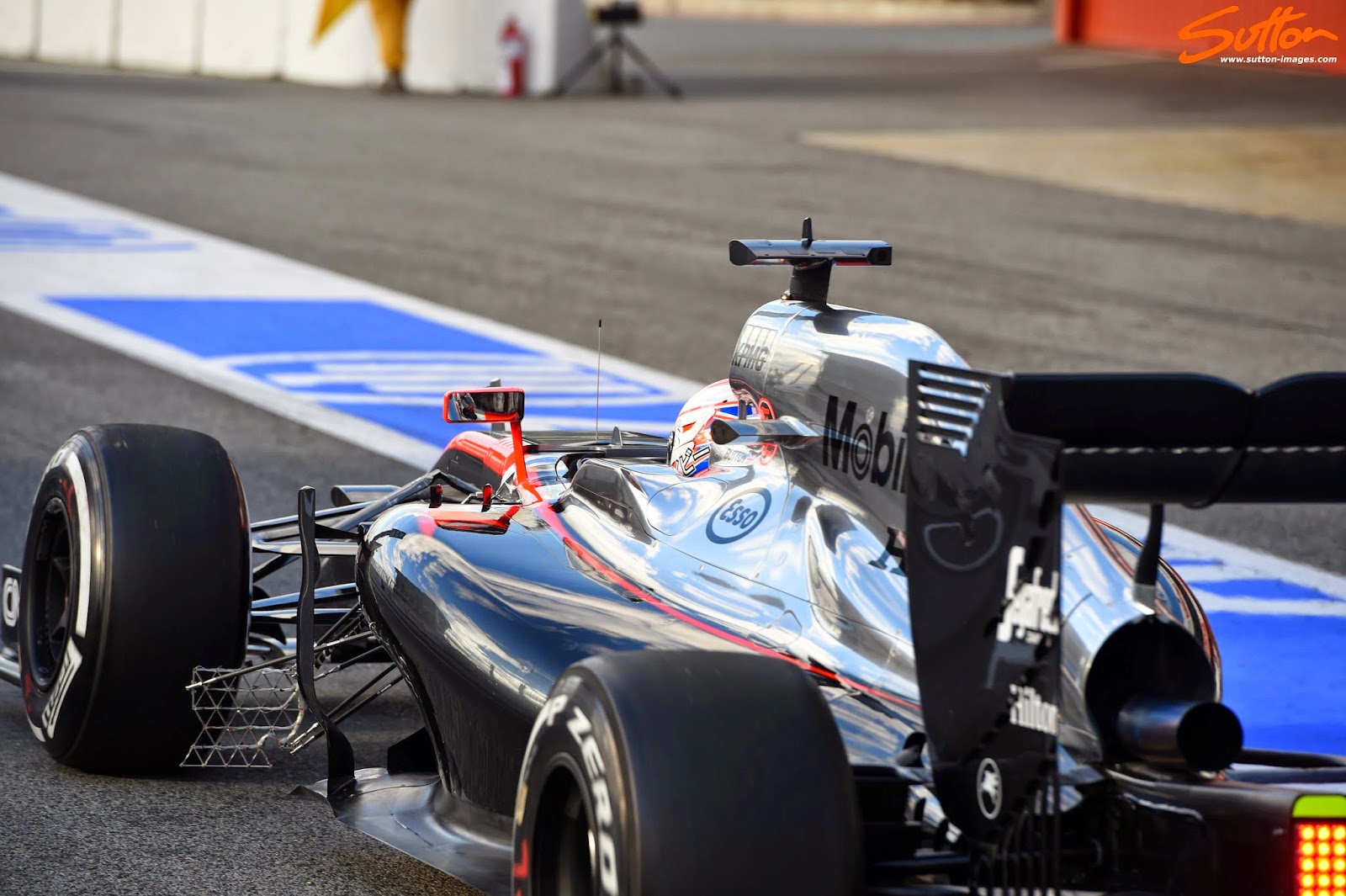 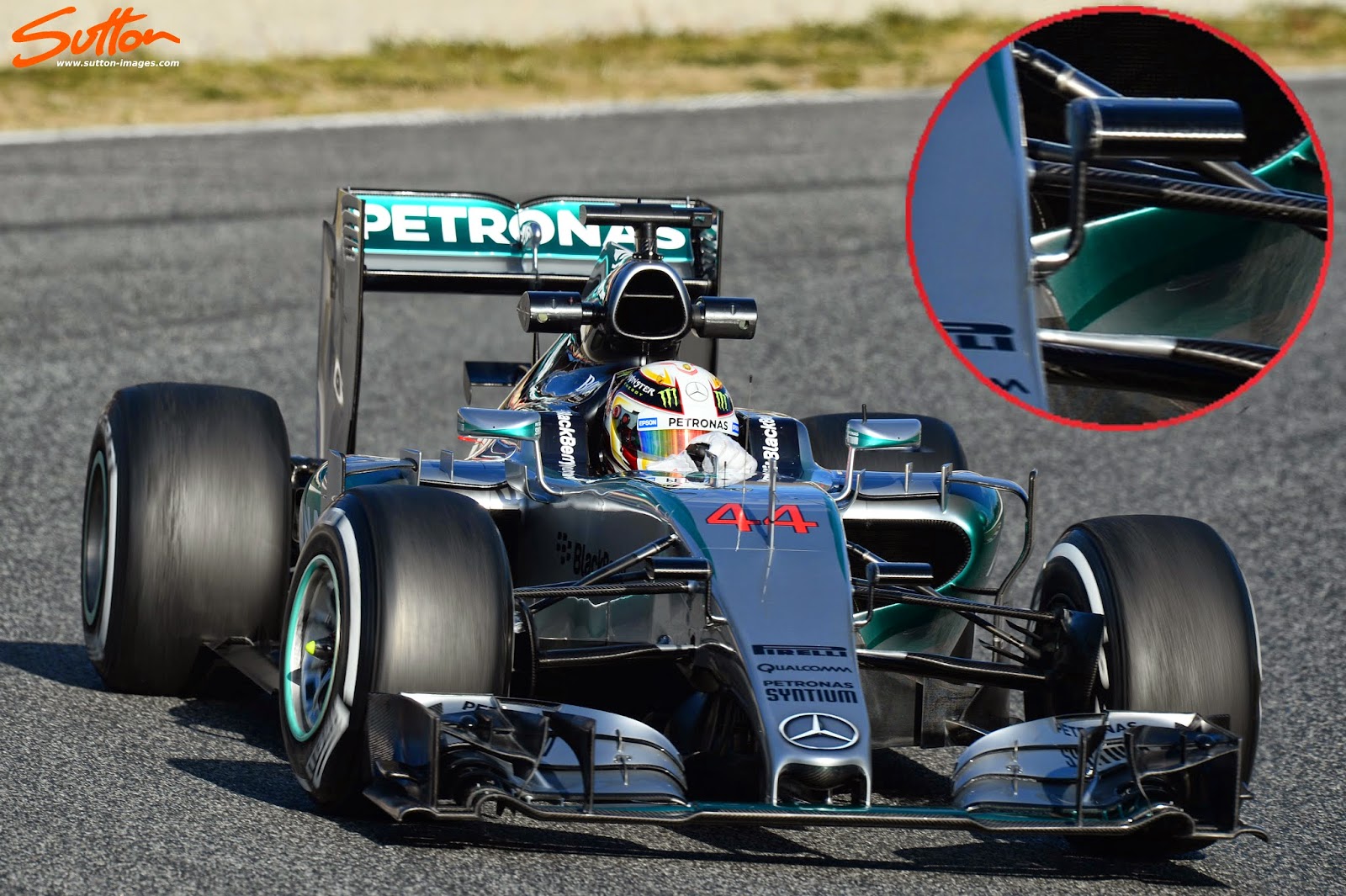 W06 - With the impending ban on the stalks that extrude from the noses upper surface, Mercedes are trying these new stalks which mount to the side of the nose 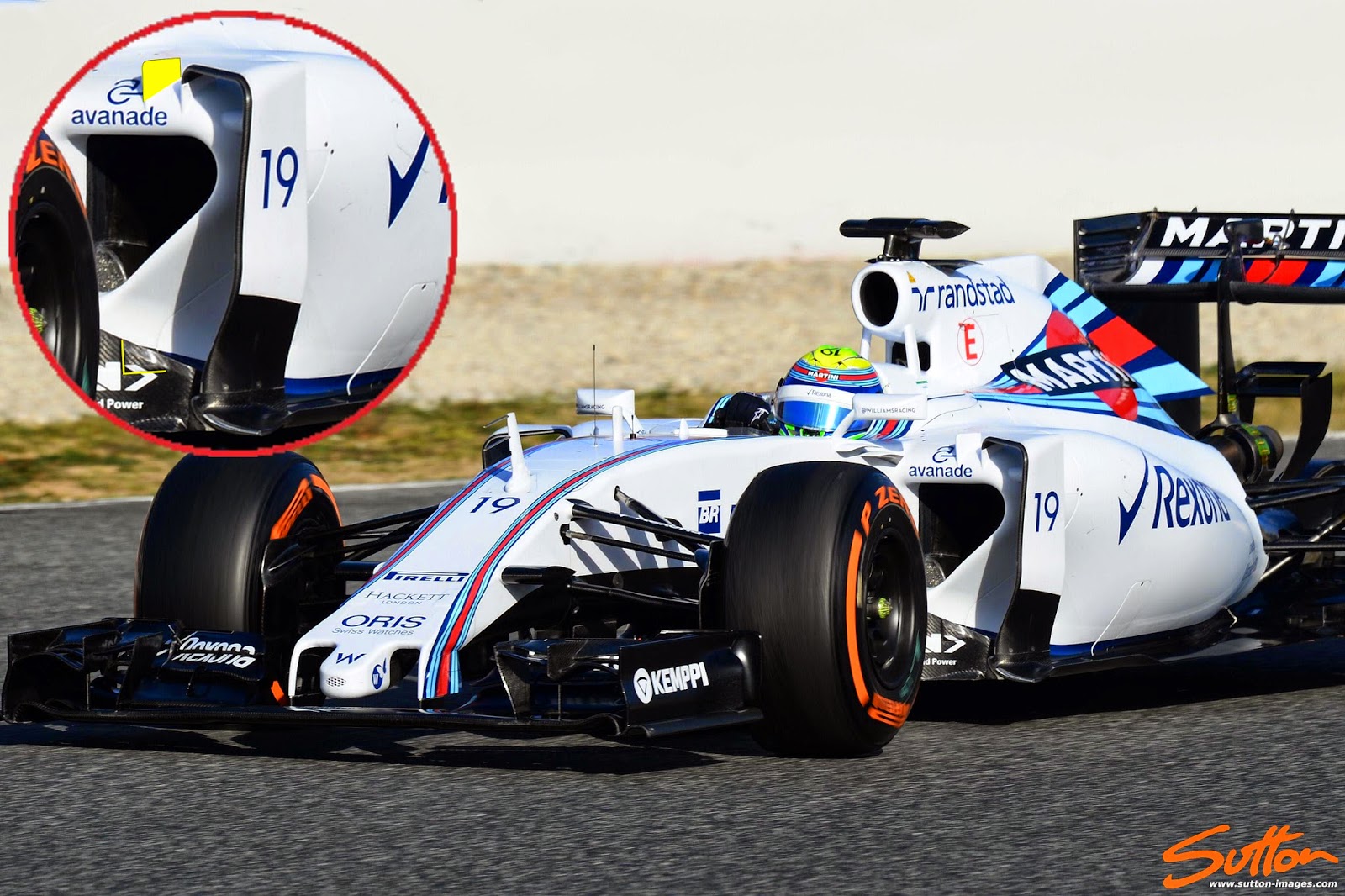 FW37 - New airflow conditioners for Williams, they now arch over to meet with the sidepods shoulder, whilst you'll also note their orientation (splayed). Highlighted in yellow is the Vortex Generator that appears to have moved along to allow the curved airflow conditioners introduction.  The bargeboards now also feature serrations (marked in yellow) 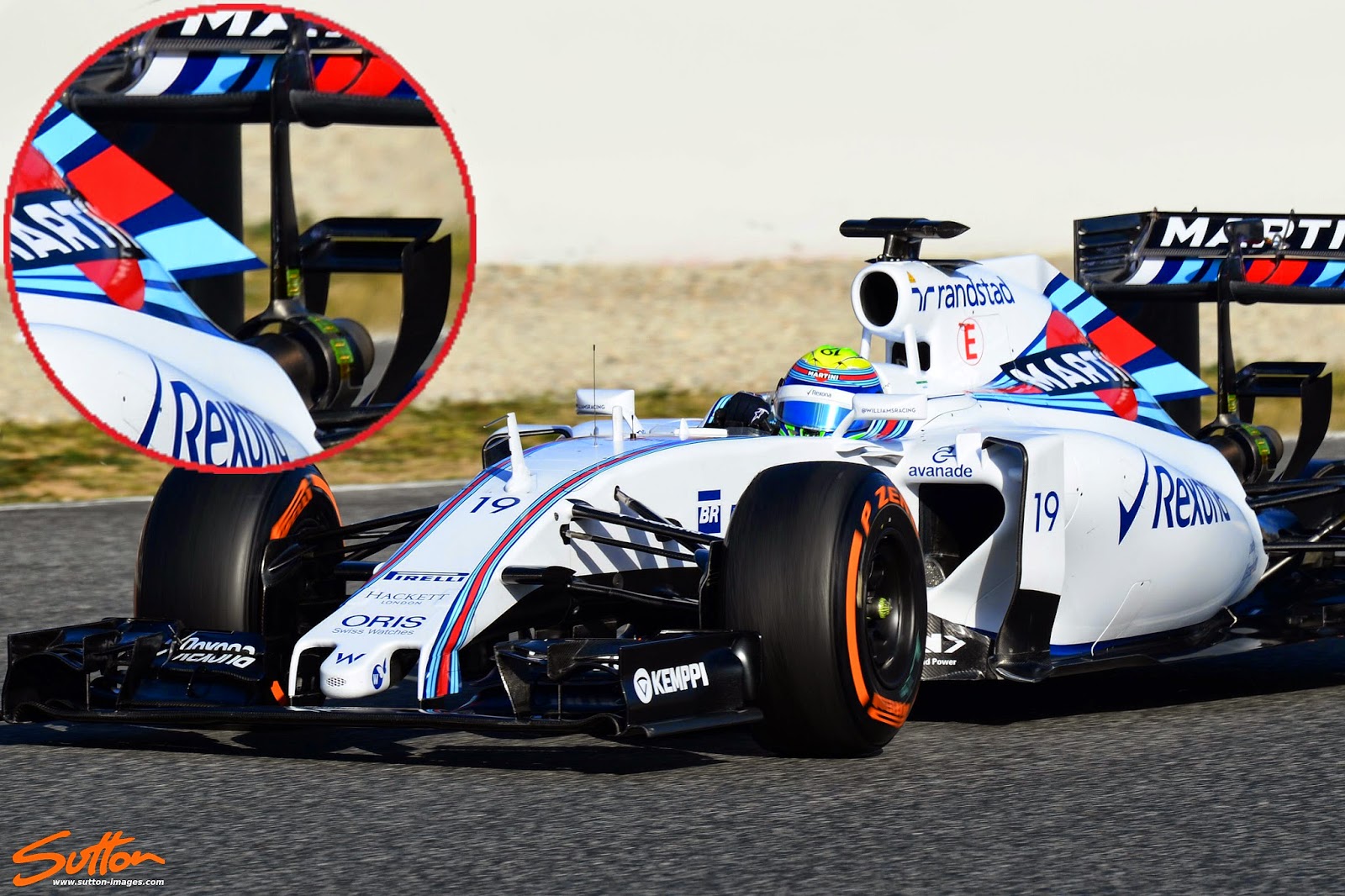 Williams had bucked the trend up until this point and ran without central supports, however this morning they have added a centreline inverted Y-Lon.  This will allow them to move the DRS hydraulics to the support, making it easier to make gains with the rear wings endplates.  You'll note the Y-Lon is also swan neck shaped to connect with the DRS actuator pod rather than the underside of the wing. 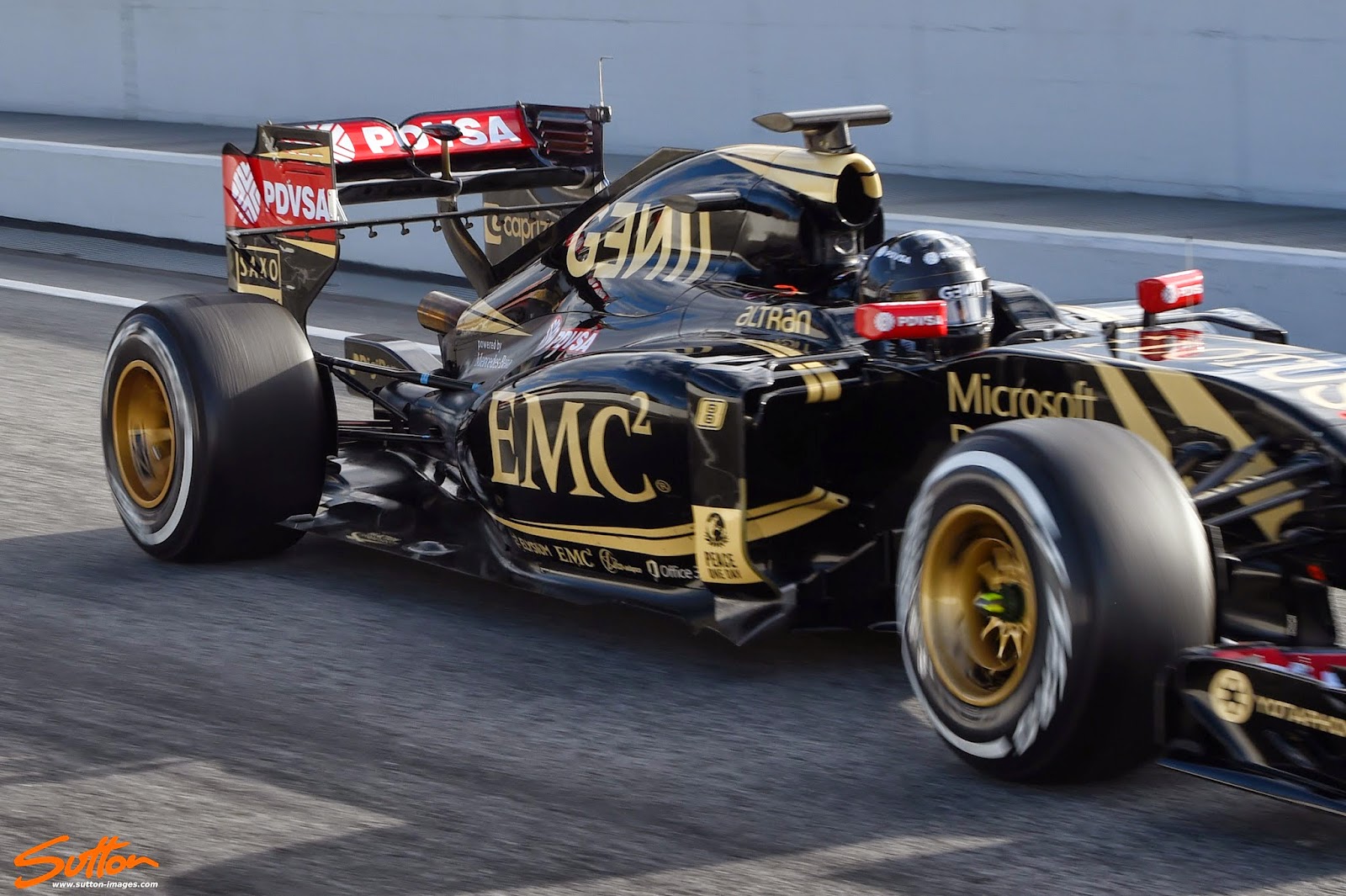 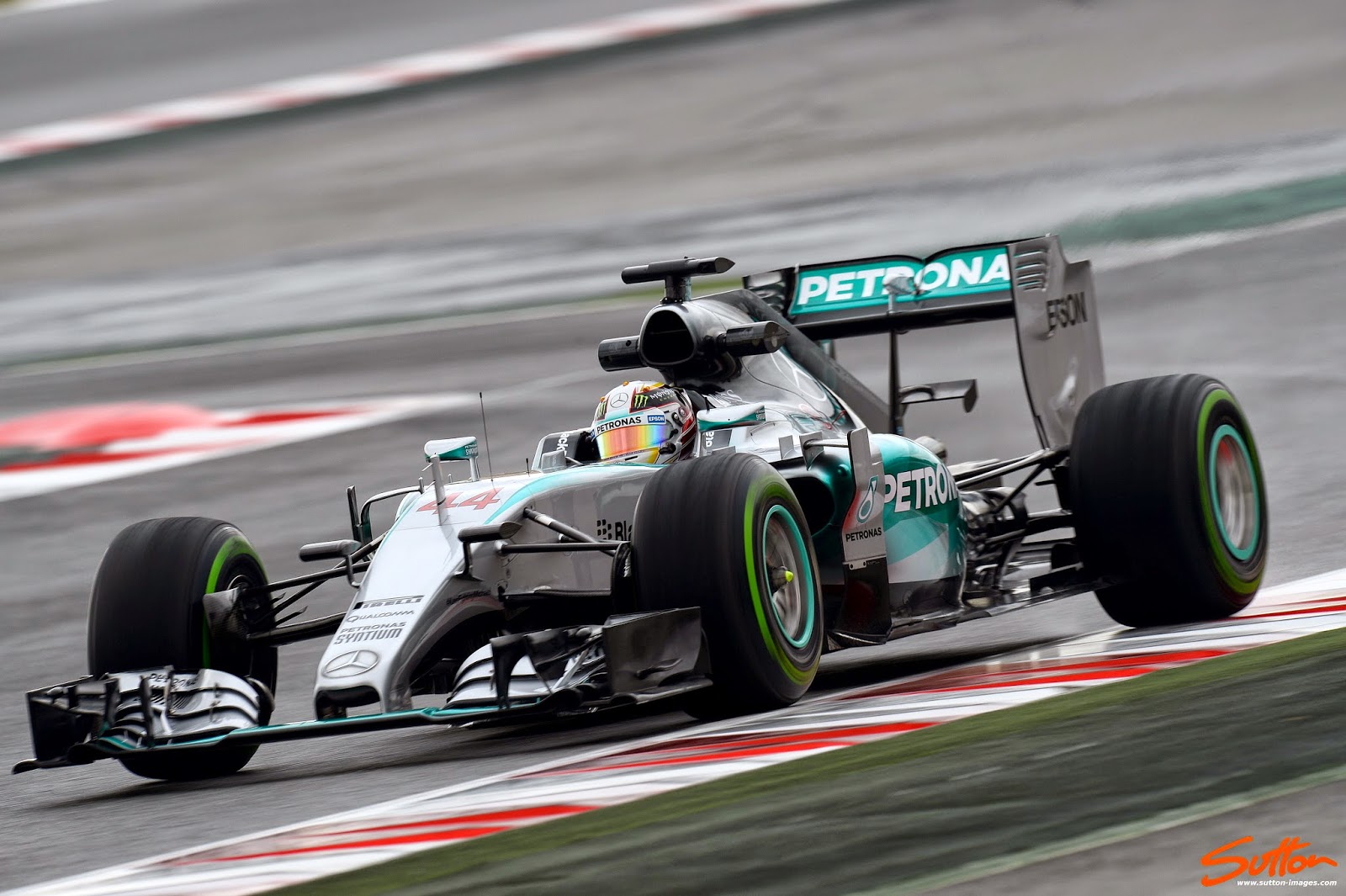 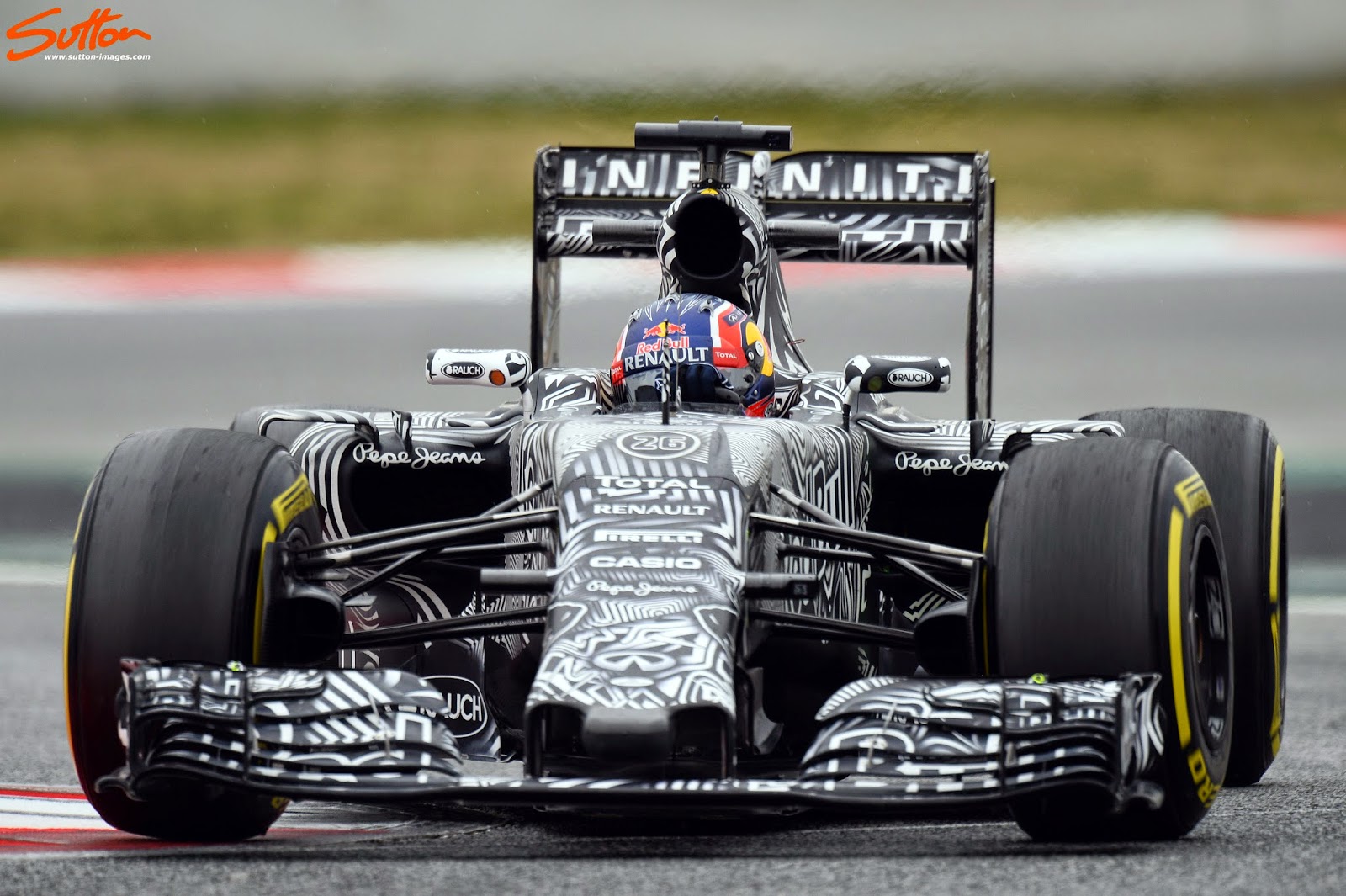 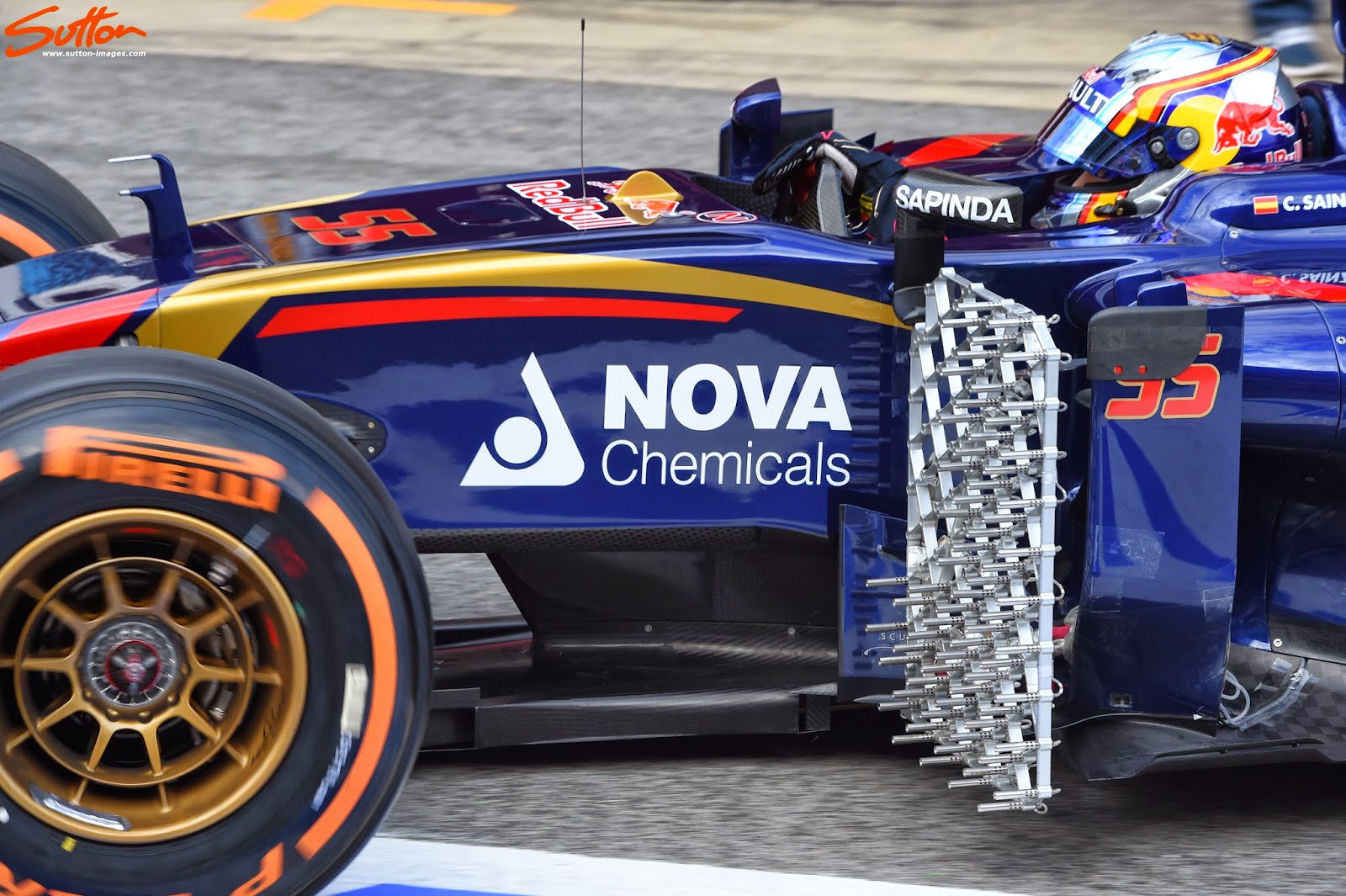 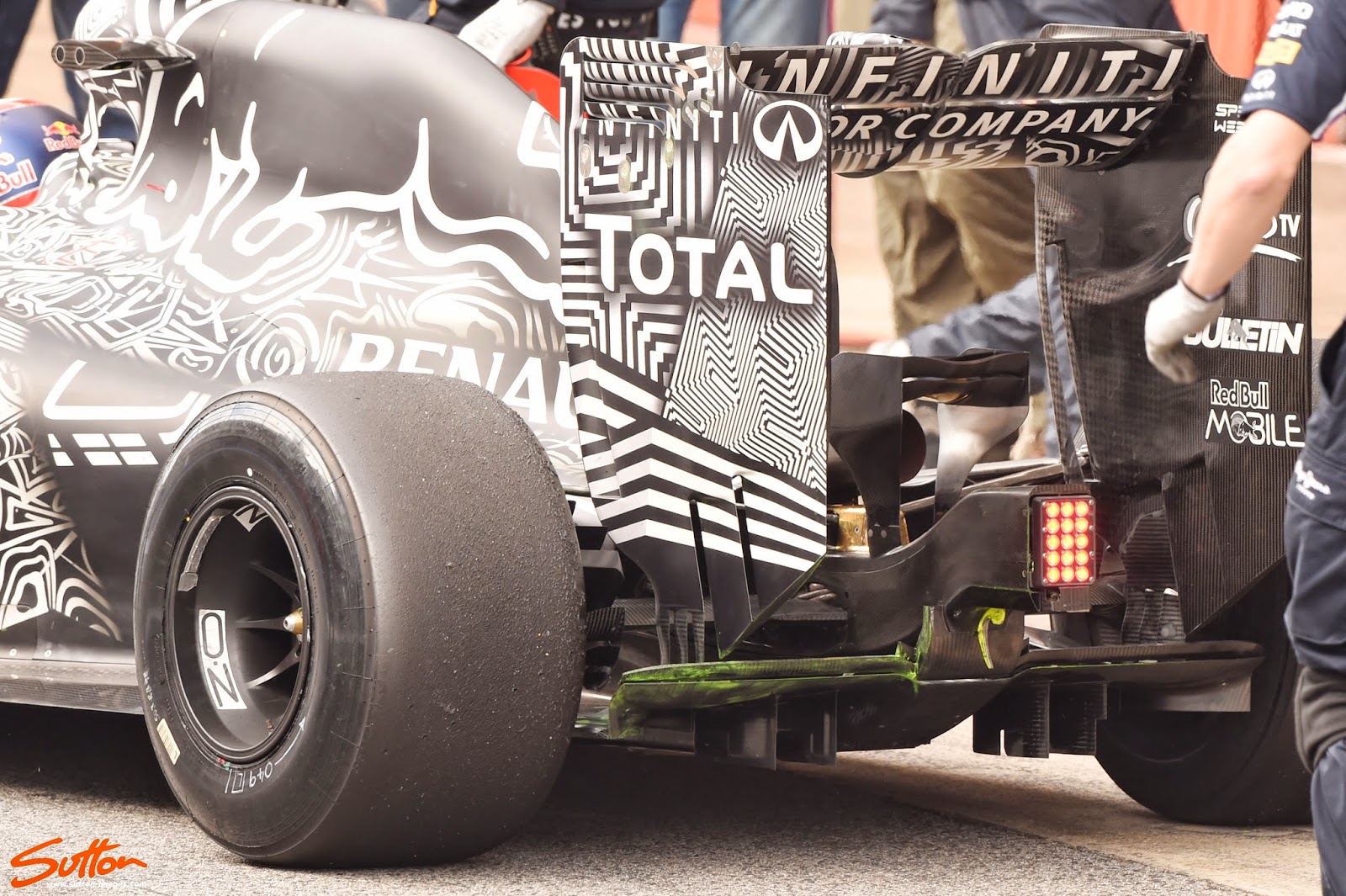 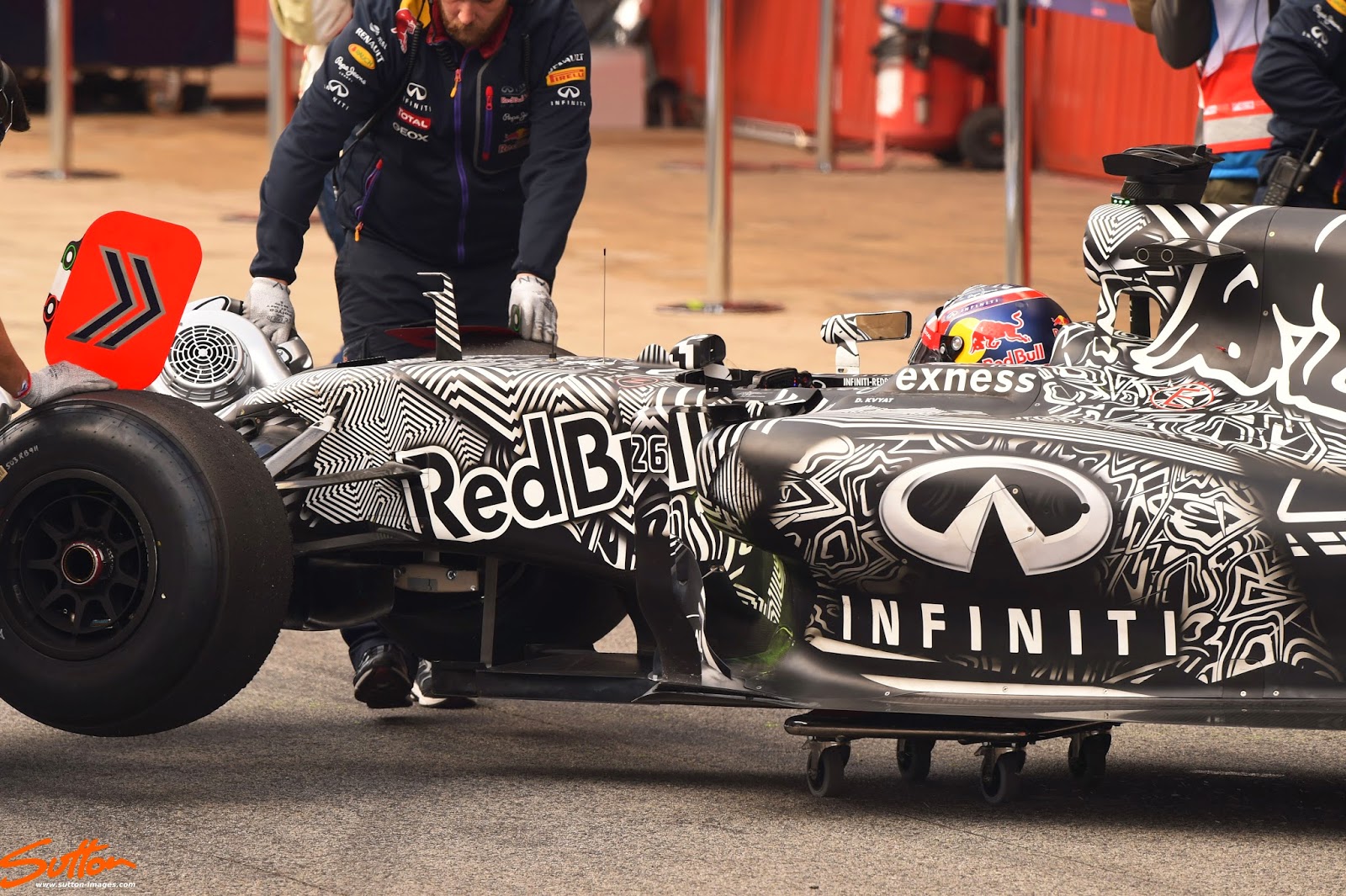 RB11 - Just look at that undercut! 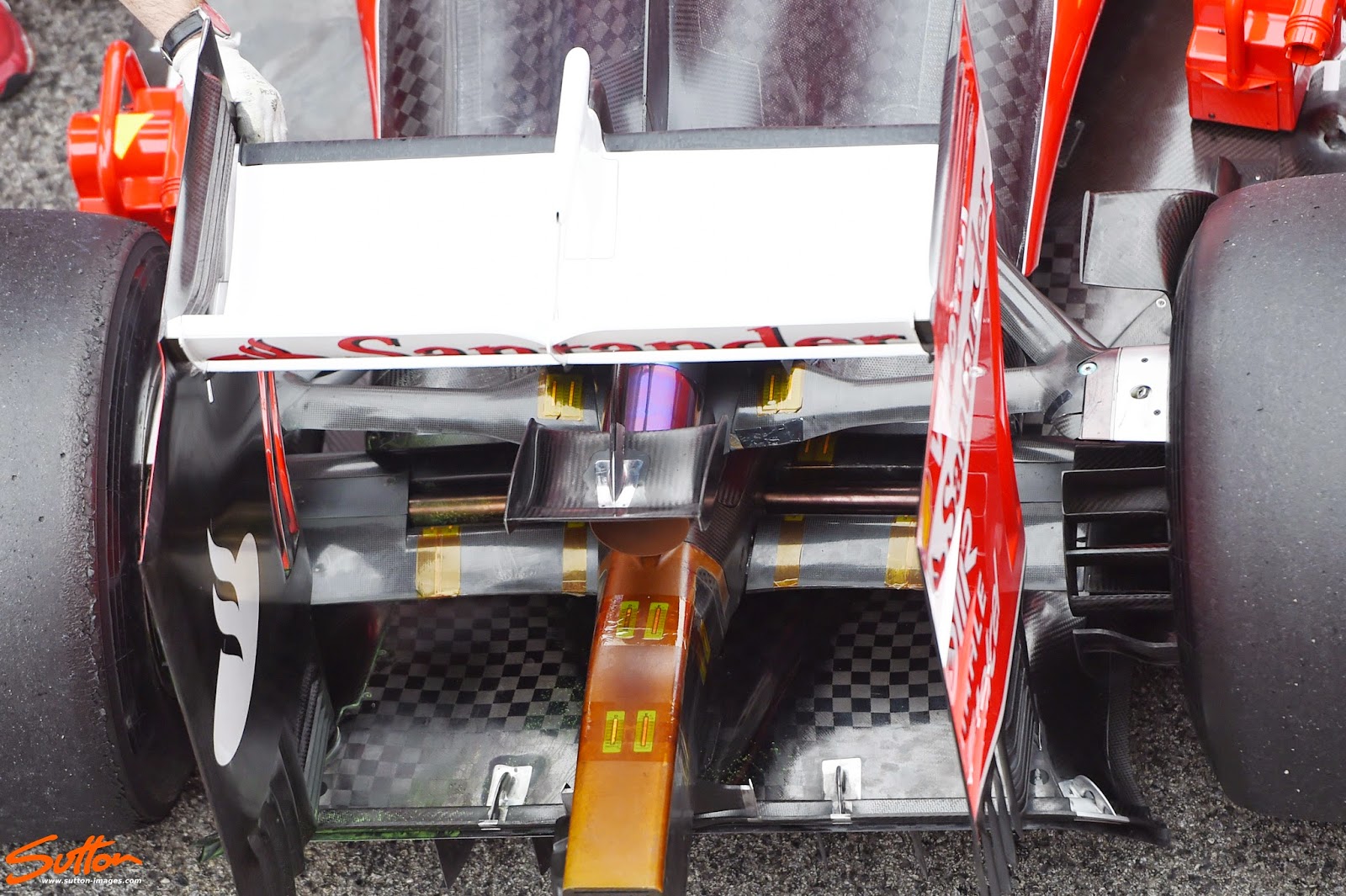 SF15-T rear end from above 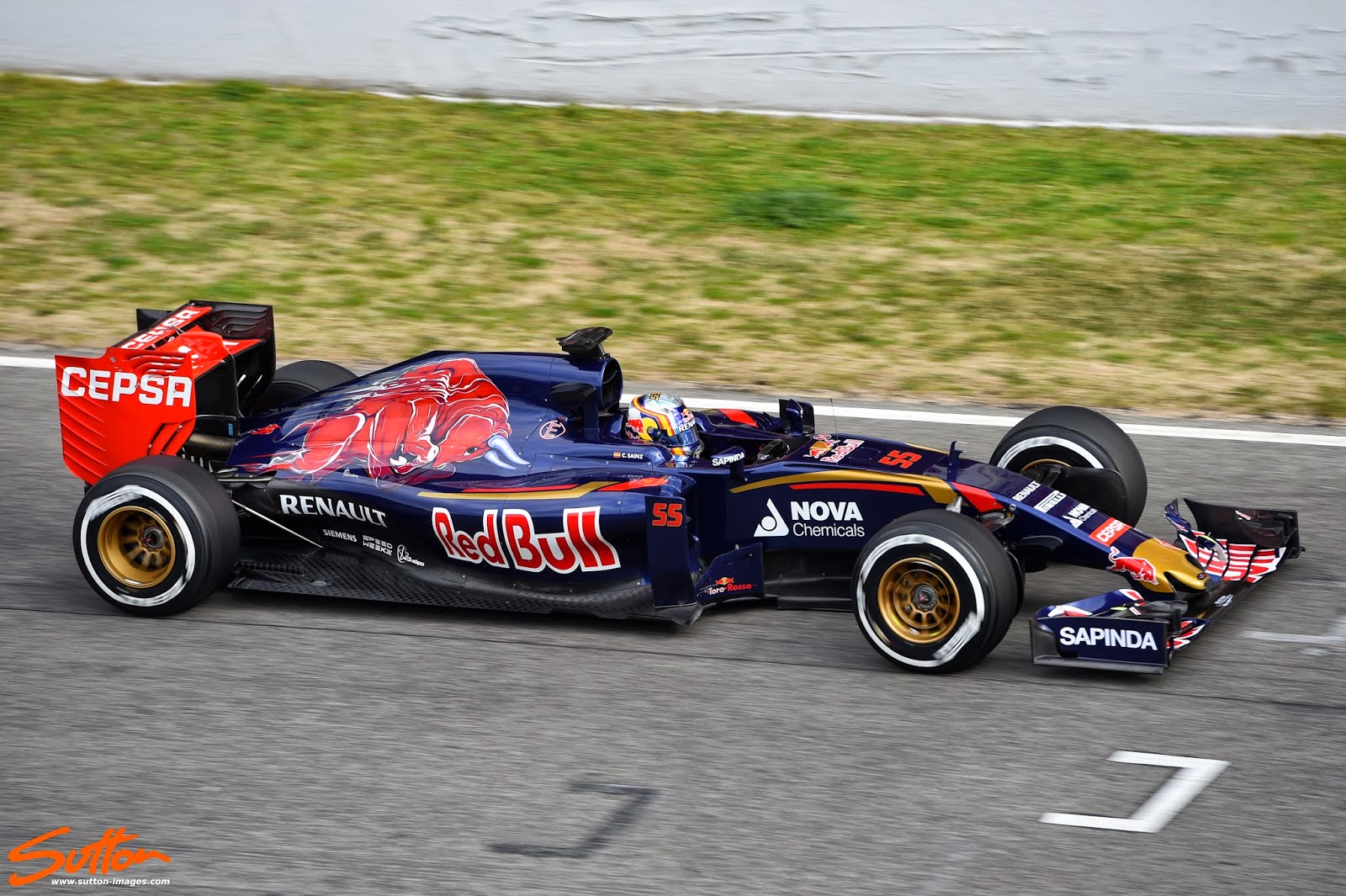 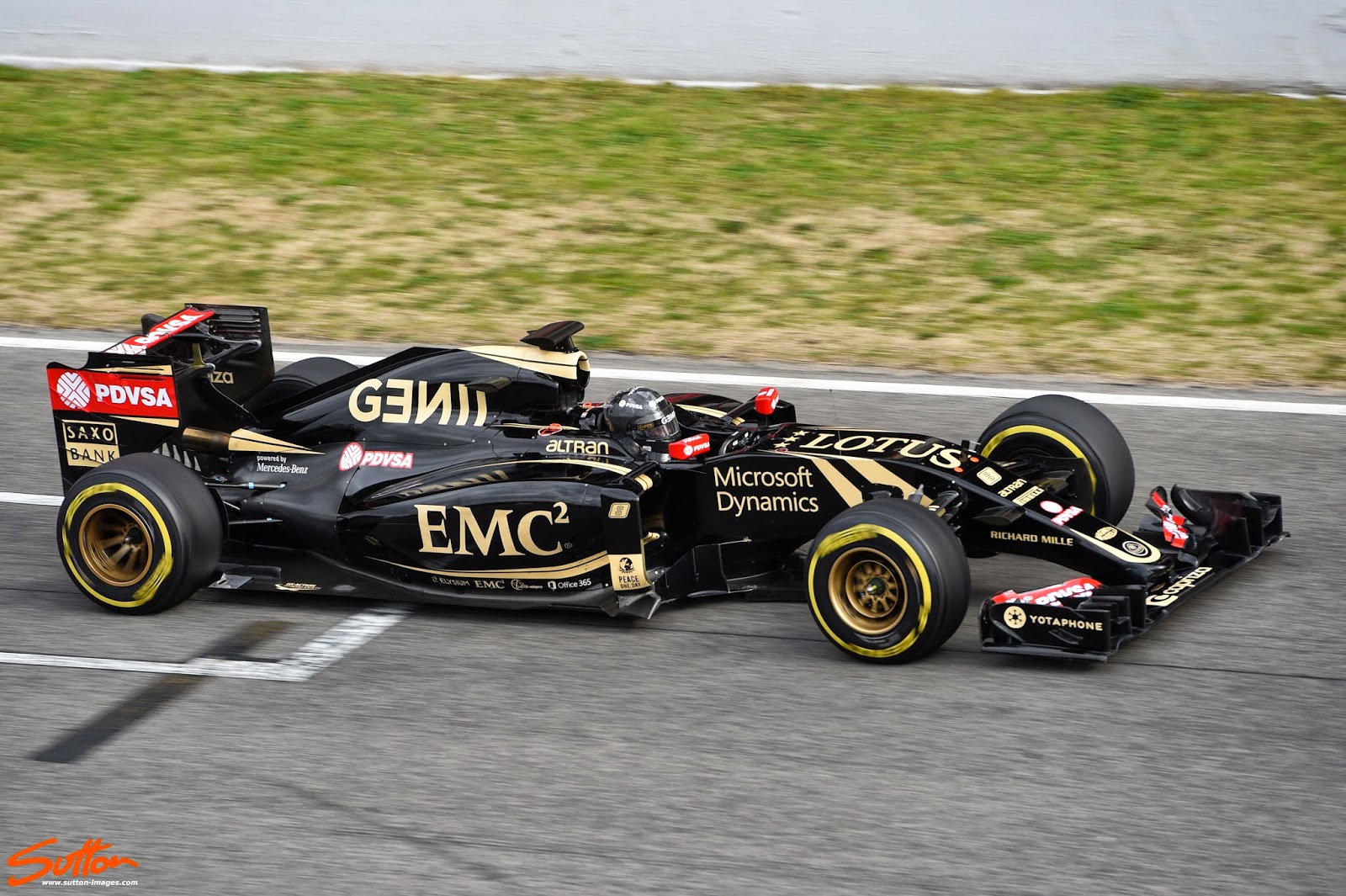 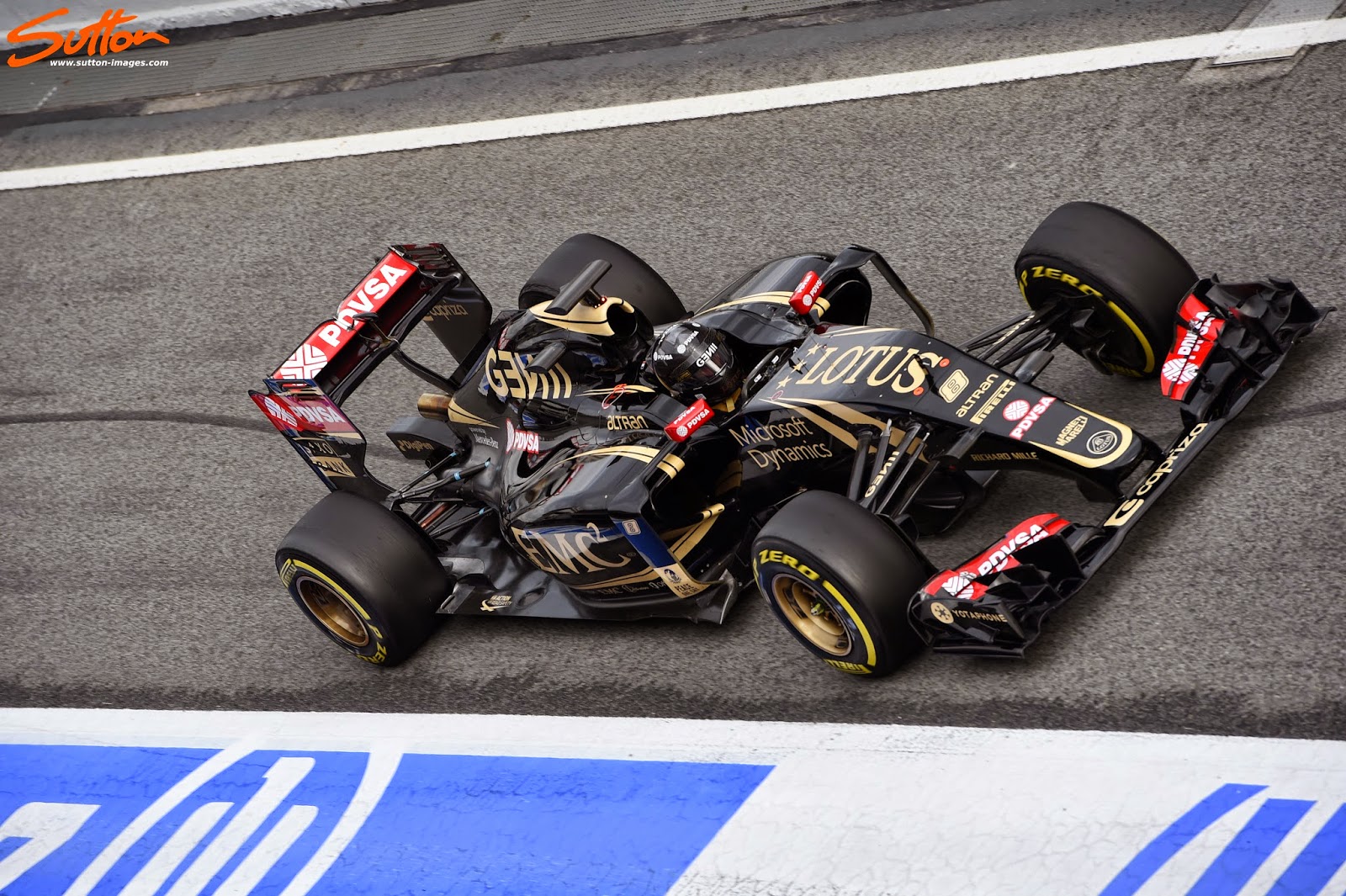 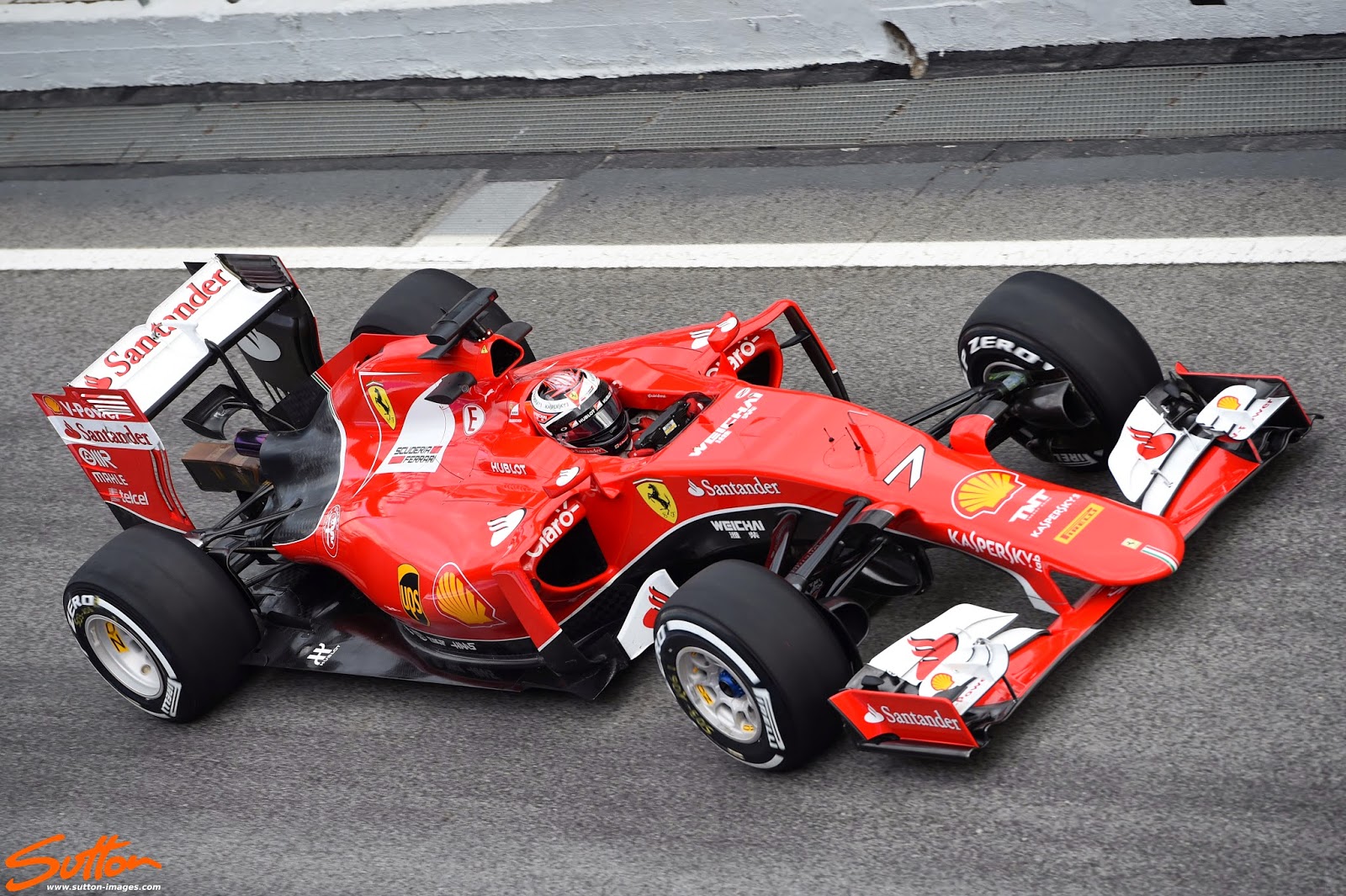 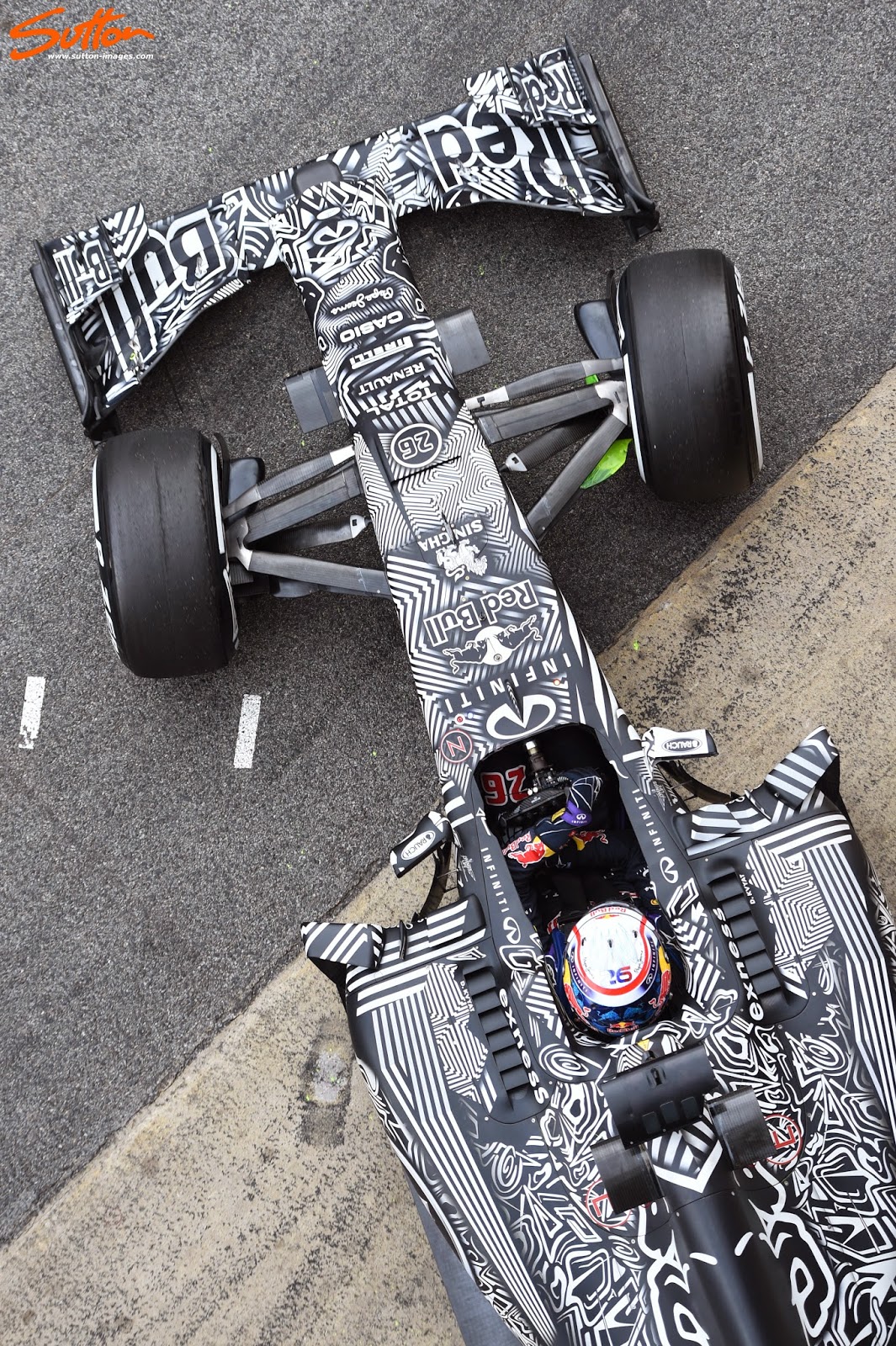 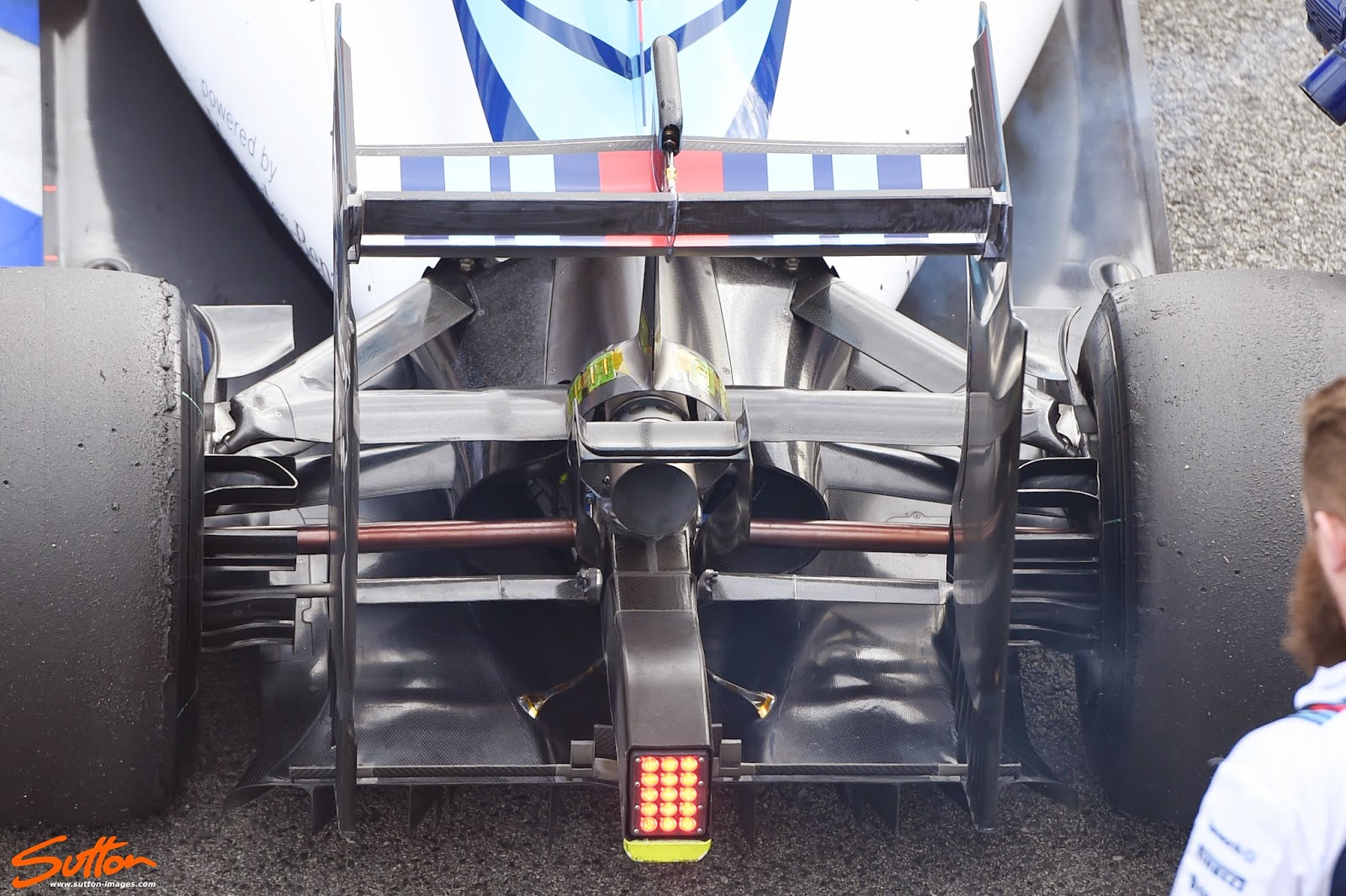 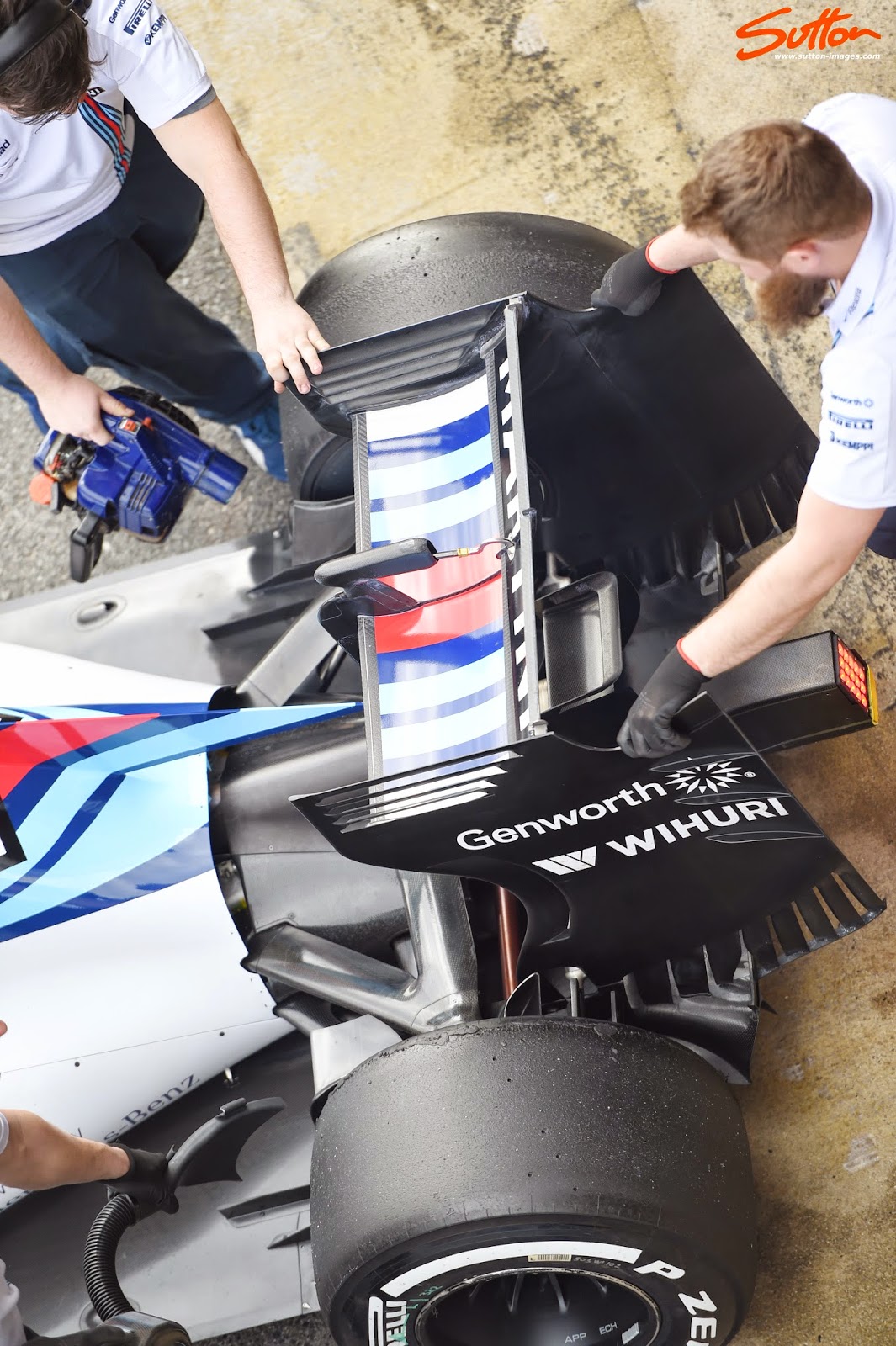 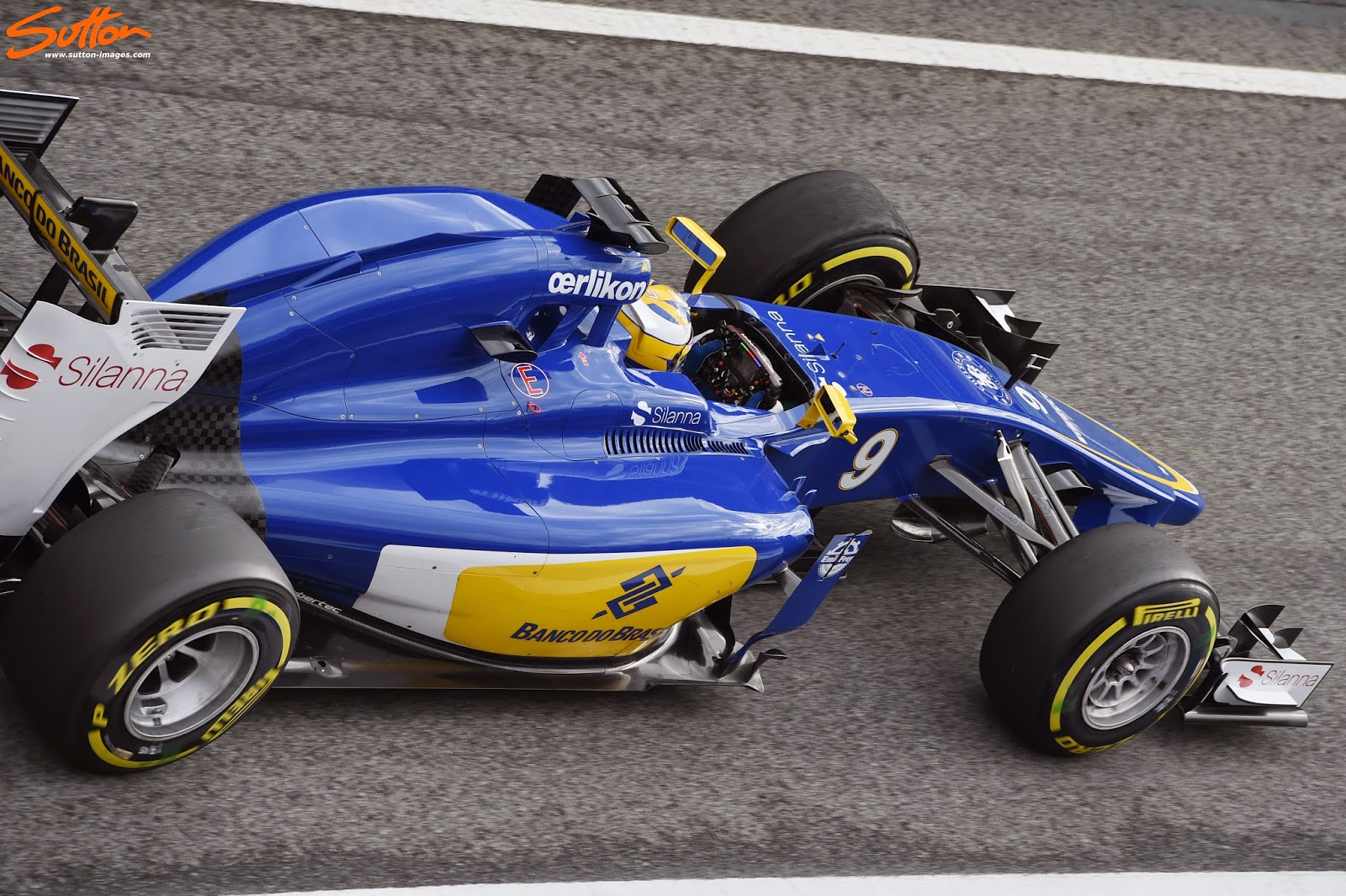 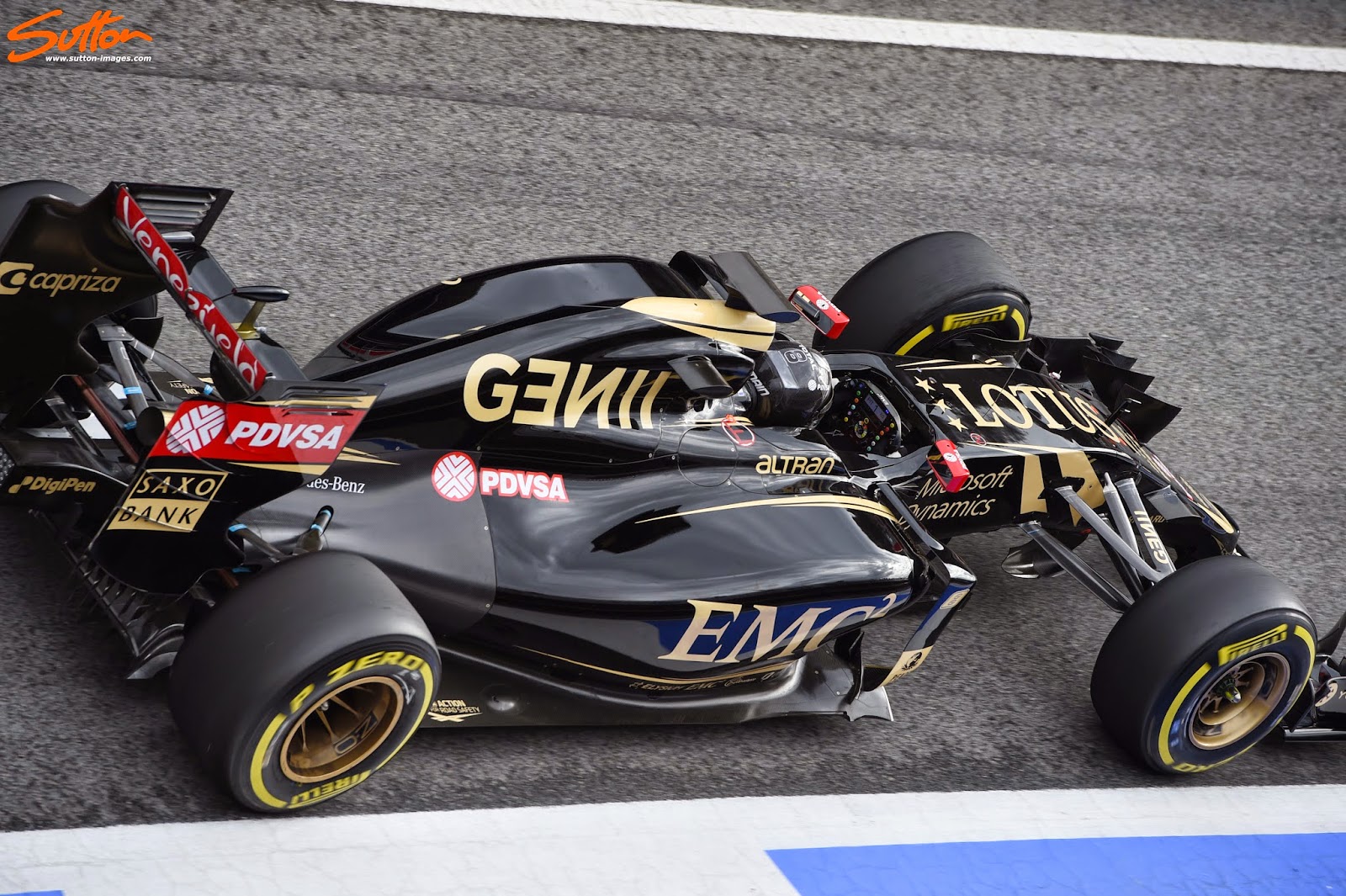 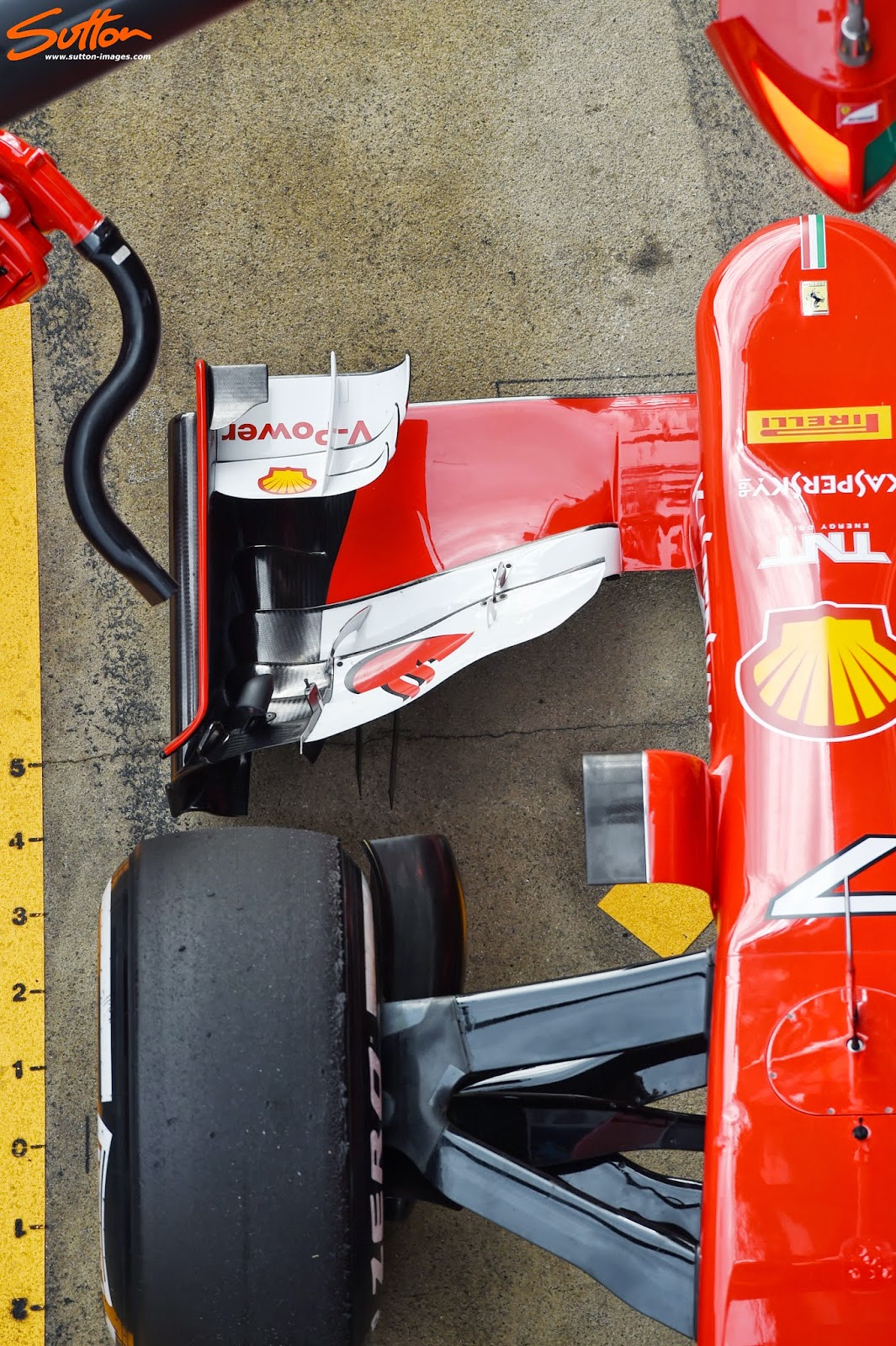 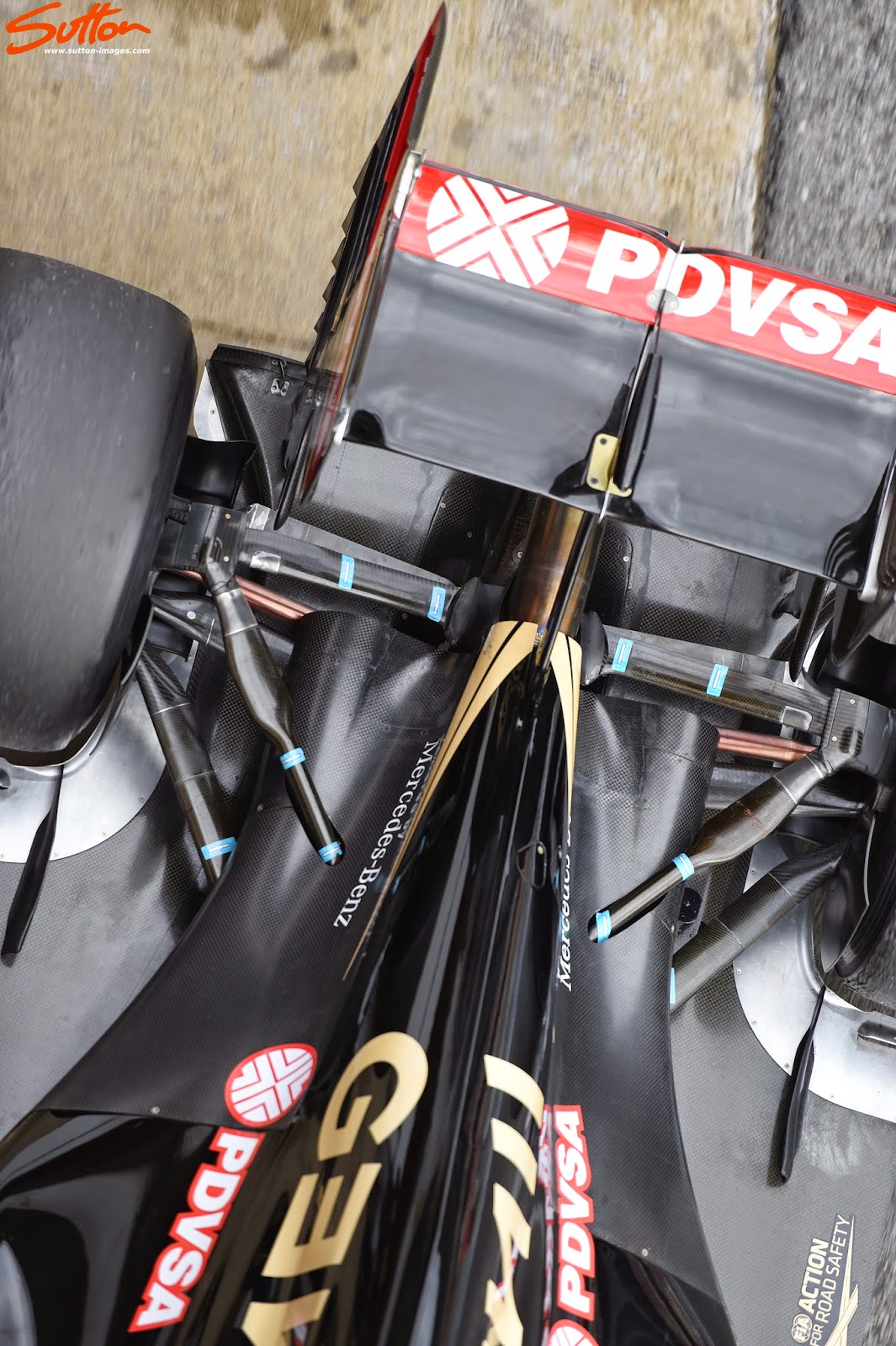 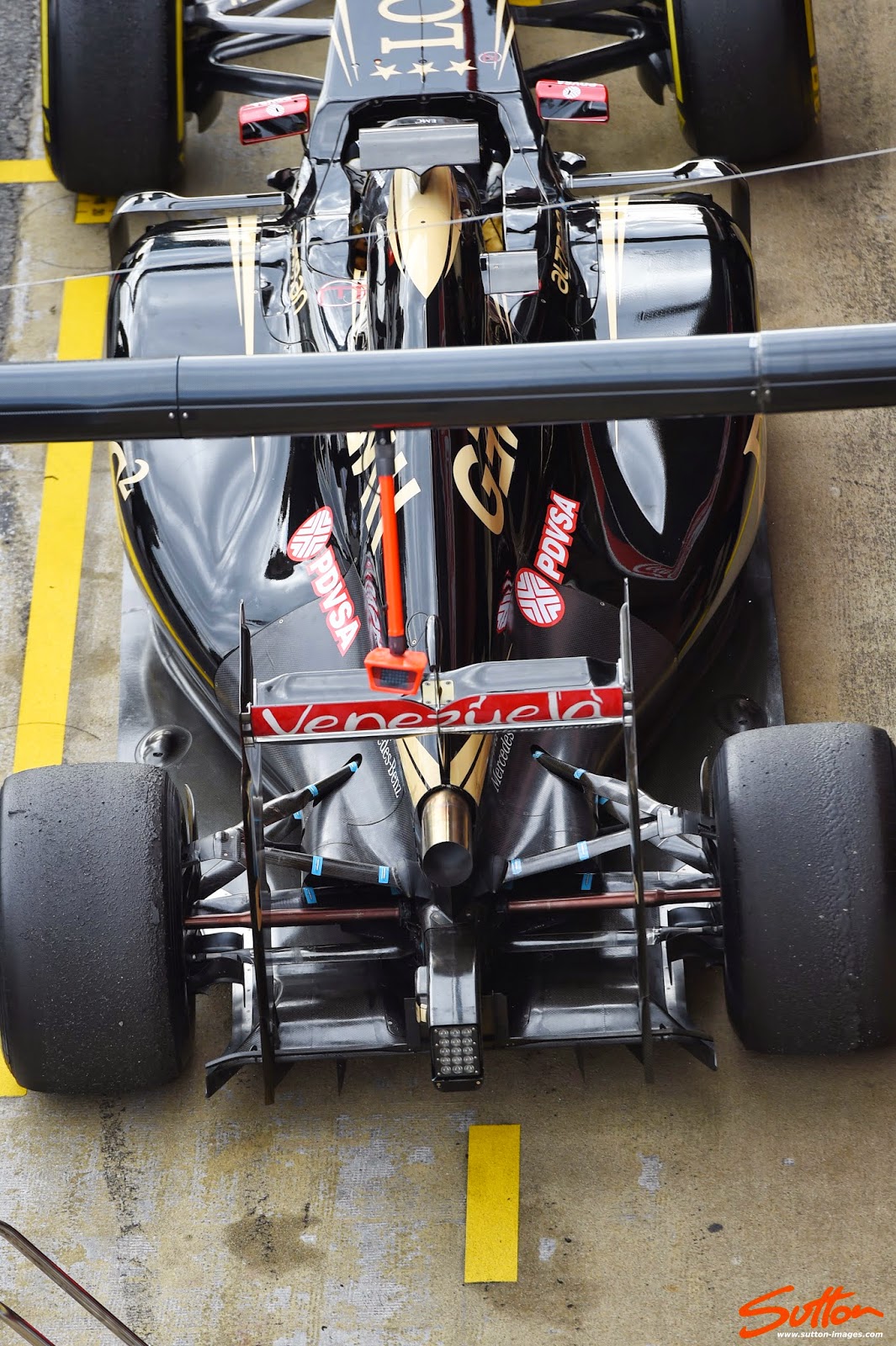