Mercedes introduced a new rear wing at the second pre-season test, the design of which retained a similar layout to its predecessor, although the aim is of course to make the overall structure more efficient.

You'll note that where the team had previously used two support pylons (left, yellow), there is now only a singular inverted Y-Lon (right, yellow), providing additional rigidity. This design change has also led to them reducing the aligned slot gap separators (yellow) to singular element to match the pylon change. The top flap which previously featured two V grooves, for drag reduction, has also been altered, reducing the V grooves to a larger, singular item.

The rear wing endplates have also seen a small revision, with the serrations extruded upward, in order to further maximise the upwash effect they're generating.

Mercedes used perhaps the largest and most outwardly complex Y100 winglet (Monkey Seat) on the grid in 2014 (below), with the exception of the specification they used in Monza. It is a surprise therefore to see the team using a similar specification to the Monza one throughout the test (Green), indicating the team have either taken another direction or are making gains elsewhere. 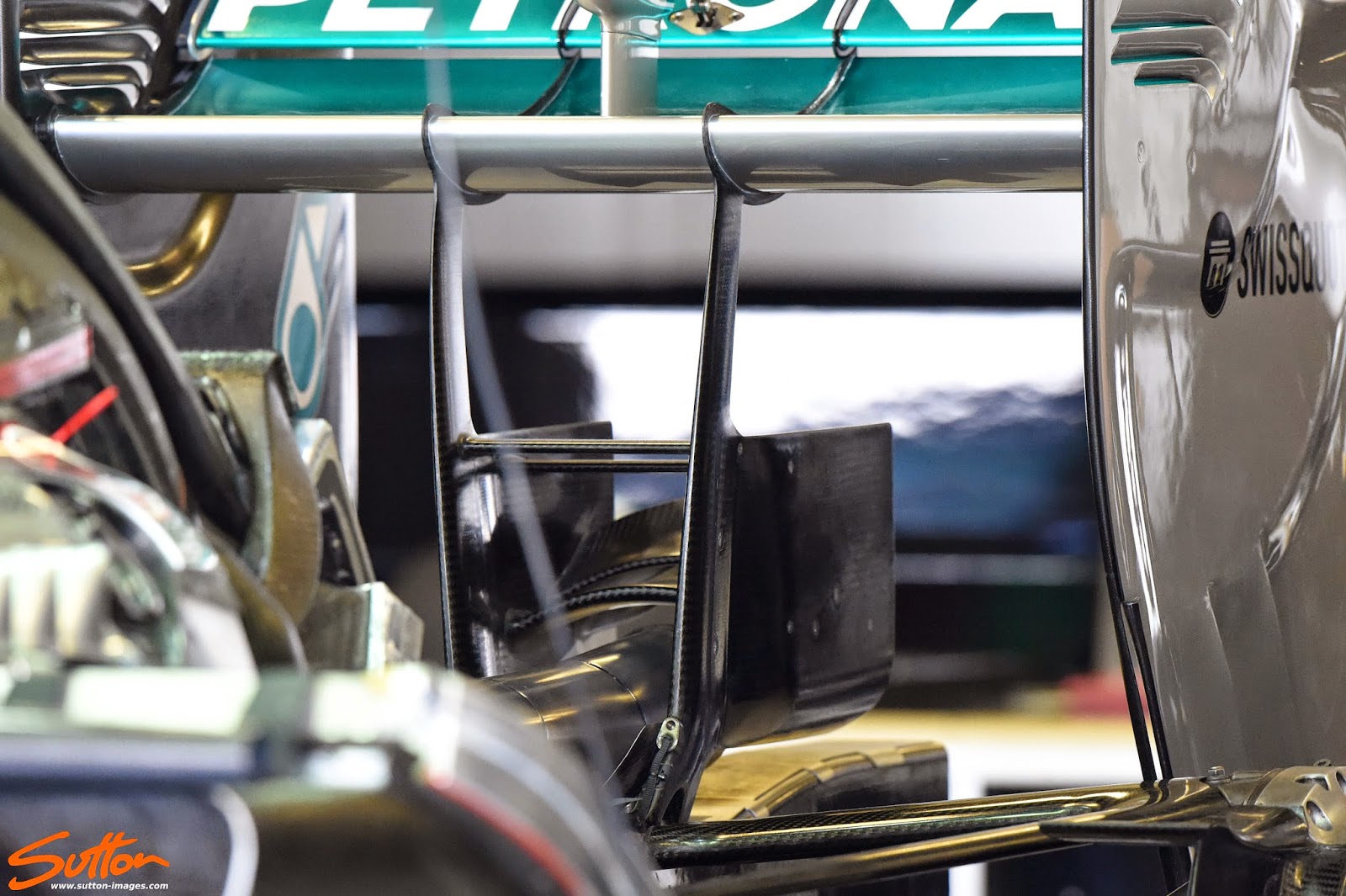