Alonso's accident in testing at Barcelona

I thought I'd make a post with some thoughts and images from the "strange" incident of Alonso's during the last day of testing in Barcelona.  Speculation is rife about what happened to cause the Spaniard to veer off course and come to rest on the side of the circuit.

The video below was just before the incident looking across at T1/T2 and in the distance T3, as we can see Sebastian Vettel has moved over onto the run off to get out of the way of the McLaren.

The image below was taken by Jordi Vidal just before Fernando's MP4-30 careered across the circuit and shows he's on what I'd consider to be a relative racing line.  You'll also not Vettel is in the background having re-joined the circuit. 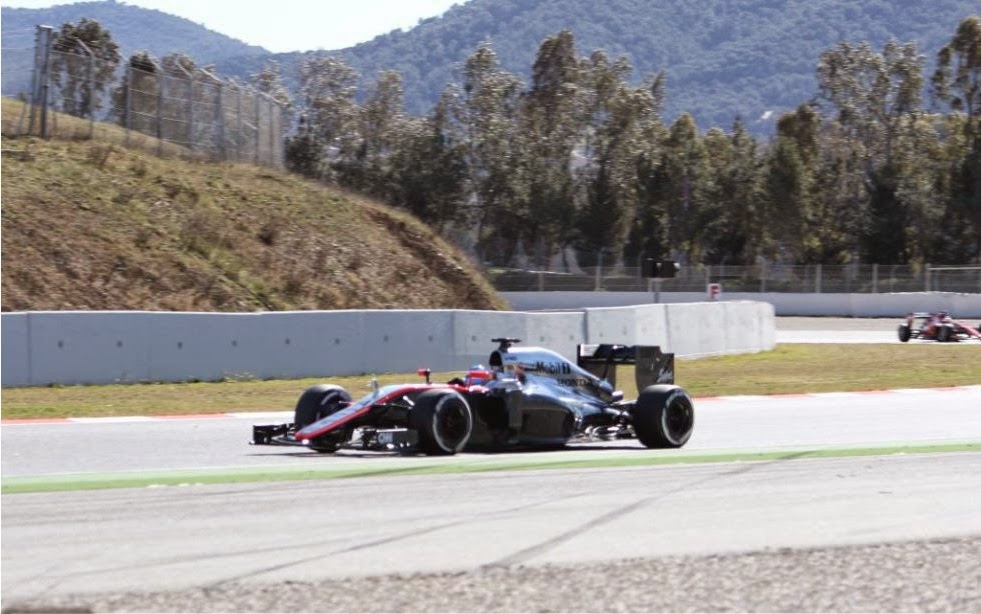 At this stage he would normally be travelling in the order of 250kph (as we can see in the video below, showing the pole laps of 2013/14)

As you'll note in the video (above) both drivers lift slightly as they crest the hill out of T2, suffer from a little understeer and turn into turn 3.  As we know it was particularly blustery at the circuit on Sunday as several drivers alluded to throughout the day. Carlos Sainz Jr was actually caught out on the very same corner by the wind and crashed his STR10.

We know that cross winds are a particular pain for both drivers and designers as they upset the aerodynamics and therefore balance of the car (detachment of airflow being a particular issue).  The fact that T3 requires a lift mid corner means that the car is already de-stabilised, throw in a sudden gust and it could have been enough to upset the McLaren.

The following images were taken by Alejandro Redondo on a track walk after testing concluded and show the locking right wheel(s) on Fernando's MP4-30 and the initial impact with the barrier.  As you can see the tyre marks show an odd trajectory through the corner, but this isn't new information as he wouldn't have crashed otherwise. 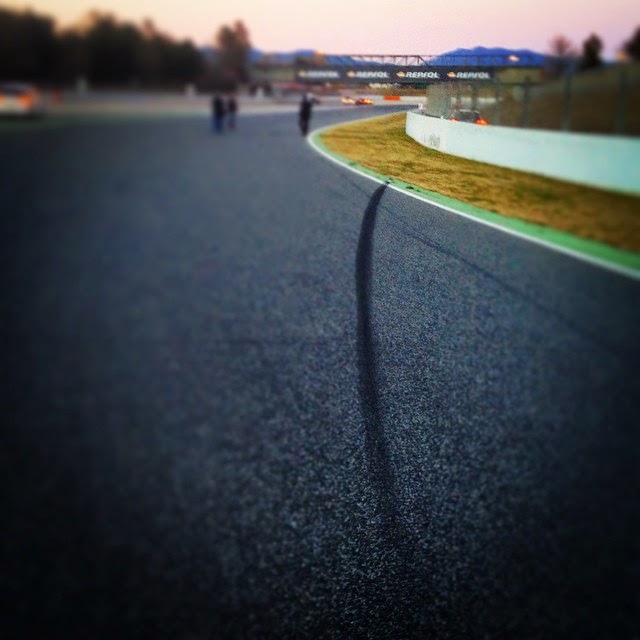 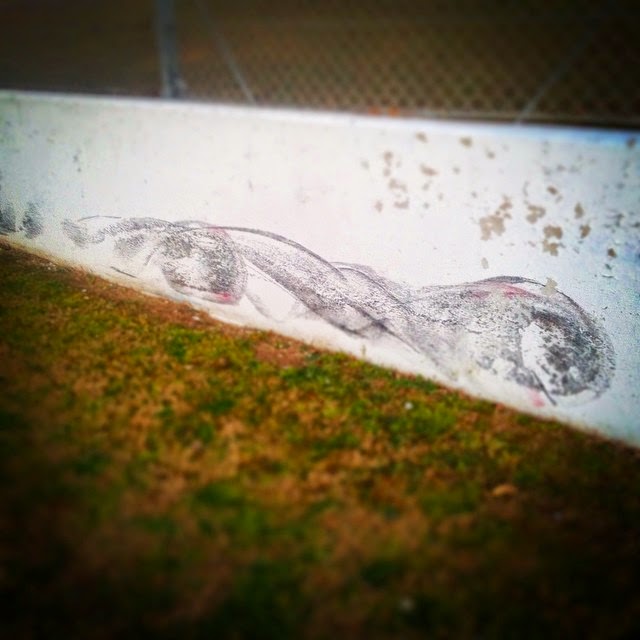 The following are scenes after the first impact with the barrier and show that not only the rear suspension has now broken but the front wing has also disintegrated.  Once again credit to Jordi Vidal for the images. 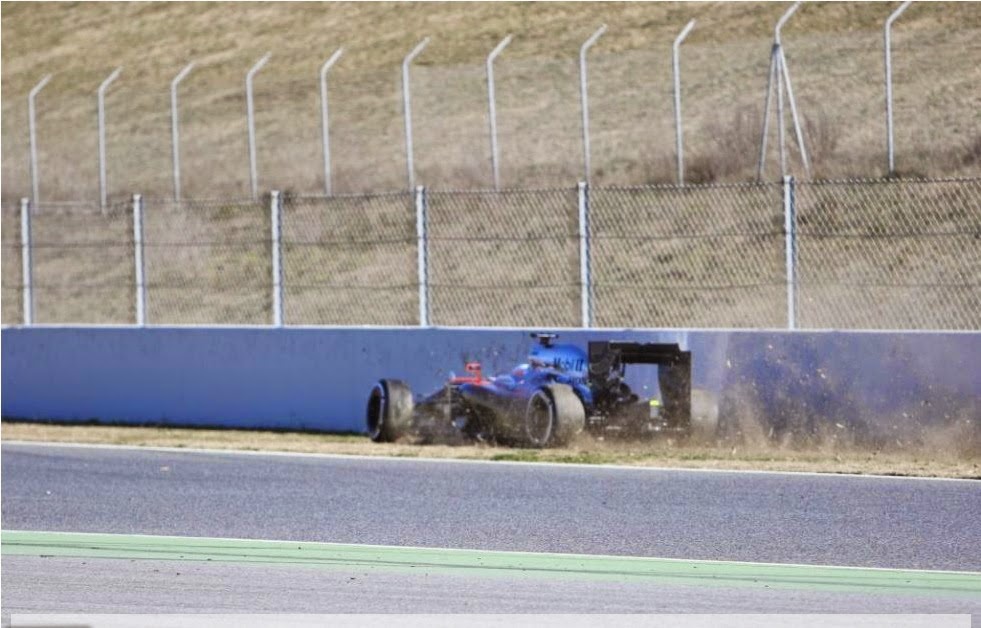 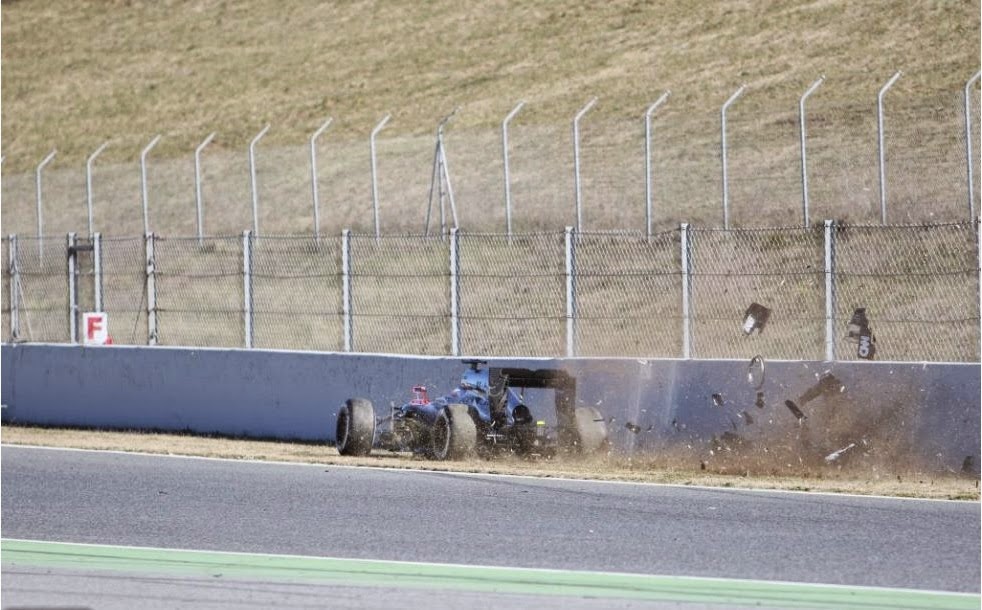 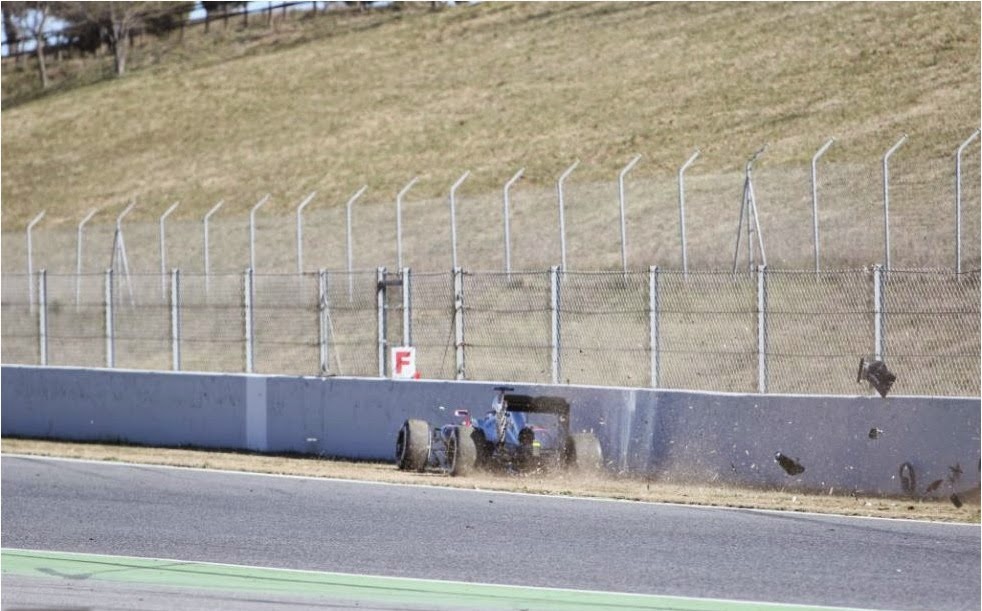 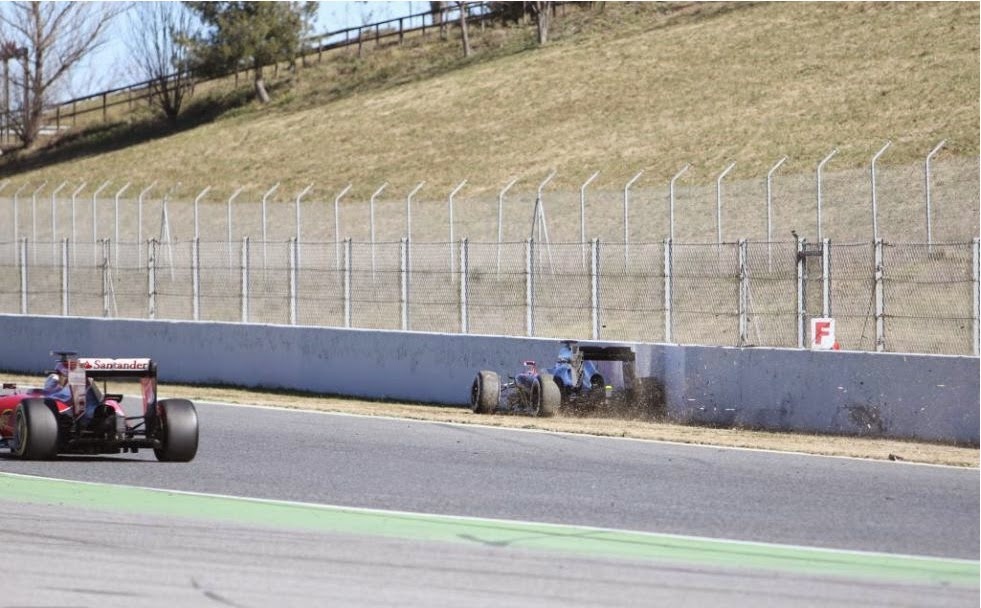 It was the comments from people at the scene and particularly of Sebastian Vettel who was following him that sparked a sudden wave of conspiracy theories on social media. "The speed was slow - maybe 150kph. Then he turned right into the wall. It looked strange."

I must admit that my initial reaction from seeing the collection of pictures and the odd angle of the accident was that he may have suffered an electric shock.  Especially as many at the scene had suggested he had slowed prior to the incident and appeared to be unconscious.

After the test session concluded Eric Boullier did an interview with Sky Sports suggesting that Alonso had, had MRI/CT scans and was given the all clear but would remain in hospital overnight. We await the full information of the crash but it has been stated that the initial impact was around 30G and that is why Fernando was airlifted to hospital for checks/observation.

The reason there are so many theories about the crash circulating, is that Fernando has built up an air of infallibility.  Lest we forget he is known for bringing 6 tenths and dragged a Ferrari to victories and podiums over the last few seasons that seemed implausible, besting his team mates countless times.  This immediately makes us question the machinery rather than the man, however, we should remember that he is new to McLaren. Meaning he also has to get used to the MP4-30, not only in terms of control ergonomics but the cars mechanical and aerodynamic behavior too.

Lets wait for Fernando to make a statement, as even though McLaren have the data and the car to work with, he is the only one he can say with any certainty what actually happened. 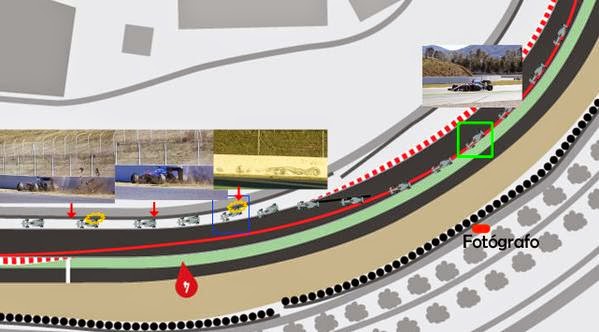 The team have concluded their investigations into the accident and conclude that Fernando understeered toward the outside of T3 and ran across the artificial grass surface, losing traction and in recovering was then subjected to a strong cross wind.  This caused the slowing of the car mentioned by Vettel and the impact we can see in the images above.  The team have however stated that the front right of the car impacted with the wall before the rear right... http://www.mclaren.com/formula1/inside-the-mtc/further-update-regarding-fernando-alonso/

I've just been sent some footage of the moments just after Fernando's incident and the arrival of the medical team - http://youtu.be/V5AAGZIOWhM
Tagged
Newer Post Older Post