It seems that when the Strategy Group convene lots is discussed but very little ever sees the light of day.  However, following the news that the powerunit token system will be abolished in 2017 is that an agreement, at least in principle, was reached to include the 'Halo' head protection in the 2017 regulations.

The device, originally designed by Mercedes will polarise opinion, as aesthetically it does appear a little cumbersome and there are those that say it detracts from the sports 'open cockpit' history.  Progress should not come at the expense of safety though, with speeds set to rise once more as the sport undergoes another metamorphosis, it is the right time to act.  Is the halo the answer? Probably not but, it is the best solution currently available without making serious technical changes to the rest of the car, a sentiment echoed by seasoned racer Anthony Davidson when interviewed by Will Buxton.

I have several issues with the 'Halo' just as I do with any of the designs that are simply tact onto the current chassis'.  Firstly what happens in the event of a submarining accident like Carlos Sainz Jnr's in Russia last season? 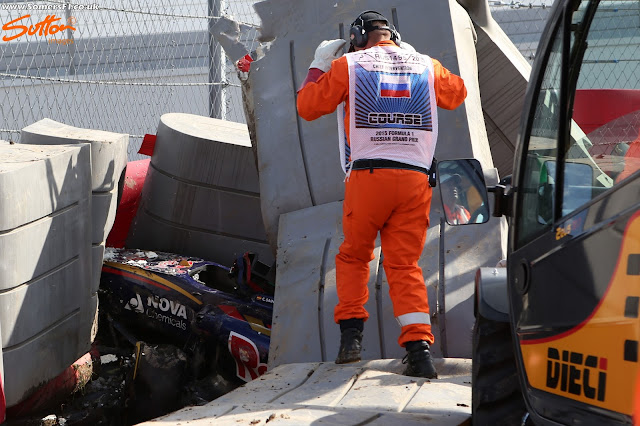 The halo has to be removed before the driver can make his escape and if the car is lodged under a barrier, as Carlos' car was, it delays the time taken to extricate the driver.  Now all being well the halo would do its job under such circustances, protecting the drivers head but, we are adding a new variable to the mix. 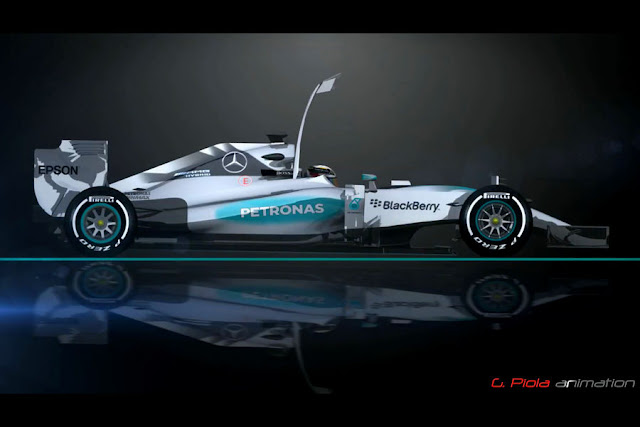 Giorgio's animation shows the halo being tilted upward to allow access and although that's how I'd expect it to be used under normal entrance and exit procedures I'm sure several failsafe mechanisms can and should be employed, perhaps allowing the halo to tilt forward too and/or allow a pincer style action where it splits open and swings outward, rather than upward.  All of these actions will need to have their own failsafes in place too though, stopping the halo from inadervtantly deploying.

Perhaps the one that comes up the most when talk crops up about canopy protection is inversion.  What happens when the car is upside down? currently the driver, if required, in most circumstances could clamber out but the halo adds but another obstruction for them to deal with.

The latest such case of this was Sergio Perez clambering out of his VJM08 in Hungary.  It's difficult to ascertain how the marhsalls would have dealt with the situation had they needed to right the car to extract the Mexican. 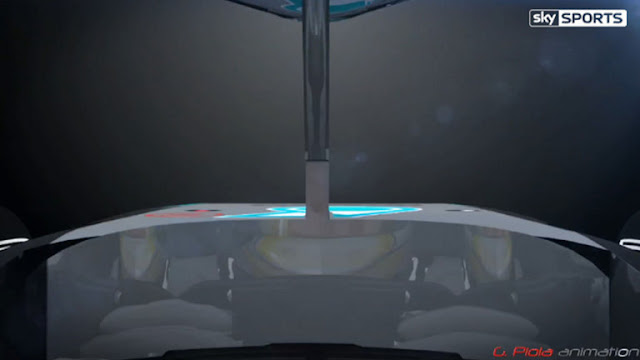 Whilst the driver already has aerials and pitot stacks in his line of vision, these are further down the chassis and are almost tuned out, as the drivers depth perception forces him to look beyond them.  The central support for the halo frame is a different kettle of fish though, mounted on the cockpits rim it is much more substantial and will undoubetdly impede the drivers view.

The halo also represents a significant weight obstacle that must be overcome, especially as weight has been one of the major issues since the rule changes in 2014, with the drivers hauling around an extra 60kg's, as the minimum weight was increased to allow for the powerunits.  As it's relatively high up on the car it will also have an impact on the cars centre of gravity, which could lead to an interesting challenge for the teams and drivers. 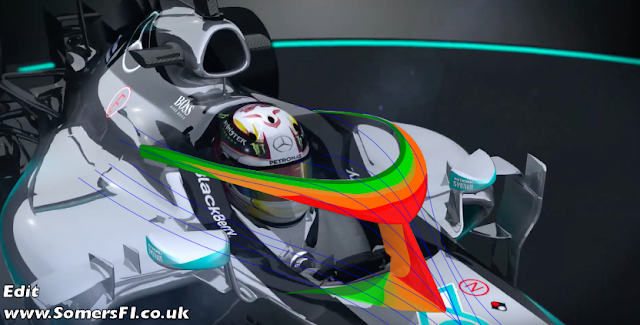 The halo will also come with some interesting aero challenges which the teams will have to work around.  I've mocked up a very basic idea of what I mean above showing how I'd guess a CFD plot might look (Red is high pressure filtering to green at the trailing edge).  A question mark remains over whether the halo will be a standardised component like the side impact protection spars either side of the cockpit or be designed by each team.

I can just imagine the latter.... 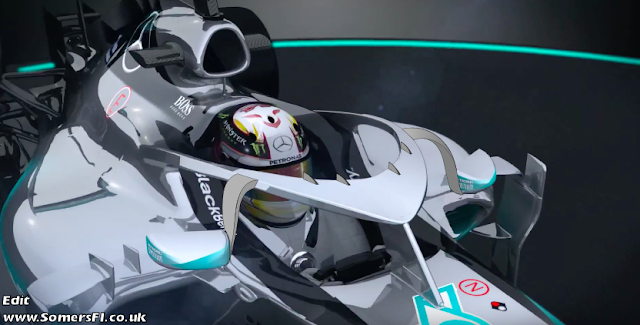 Reshaping of the halo itself, the addition of vortex generators and/or other trinkets (like the mirrors mounted to it), all in order that aero parity be restored or improved.  The usual box and surface curvation regulations might not be enough to hinder the teams from doing this sort of thing should they be given too much rope by the FIA.  Even if the teams are forced into a uniform design there will still be scope with which to take advantage of the halo's shape, with all of the surrounding components being reshaped to maximise performance.  Furthermore, expect to see some minimilistic but effect changes made to the shape and appendages on the drivers helmets too.

The halo may be aesthetically unappealing but it is the lesser of several evils with the FIA having conducted studies with numerous solutions over the years which has subsequently intensified since Jules fatal accident.  Whilst it is impossible to mitigate for every situation just imagine where we'd be without the development of crash structures, wheel tethers, hans devices and the like making the 'halo' just another element that is unloved but perhaps a necessary evil.

As the sport contemplates the shape of the car for 2017, perhaps it should set itself a task for the next major overhaul in 2020.  Just maybe, rather than offering self defeating platitudes the Strategy Group could think beyond their own egos and setup and fund and independant working group, tasked with designing a set of regulations for a new racer from the ground up, including pioneering safety initiatives.

In an article from Motorsport.com this morning it has been revealed that the teams will also investigate the option of including a transparent screen, albeit with 2017 providing too short a lead time to its implentation.
Tagged
Newer Post Older Post