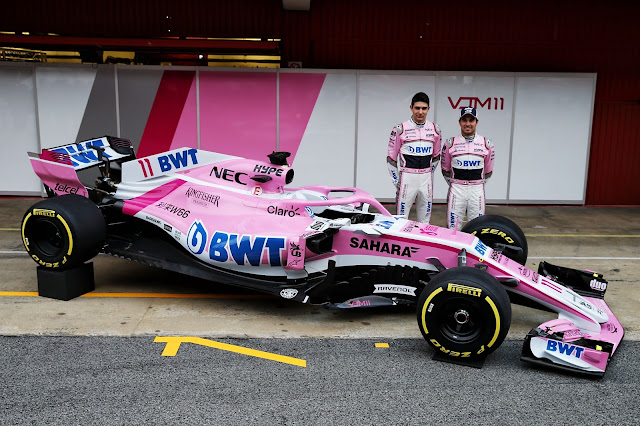 Force India have been punching well above their weight for a number of seasons now and they’re hoping that the VJM11 is capable of propelling them to similar glories in 2018.

The car is clearly an evolution of last years challenger, with decisions around the cars wheelbase defined by the dimensions of the powerunit and the positioning of the front axle. The latter is a factor driven more by aerodynamics these days, as the increased width of the front tyres from last year has led to a change in the behaviour of the wake shed by the front wheels.

The designers were given more freedom in the area between the front wheels and the sidepods, but it has not gone unnoticed that many have taken the opportunity to lessen the impact of the turbulence created by the front tyre by stretching out the distance to the sidepods.

At this stage the team have a very similar aerodynamic package to the one used toward the tail end of 2017, albeit revised to suit this years regulations, but they’ve already suggested that this first test is all about understanding the new car and making sure their simulation tools are correlating with the real world - an issue they faced last season and which put them behind their initial development targets. 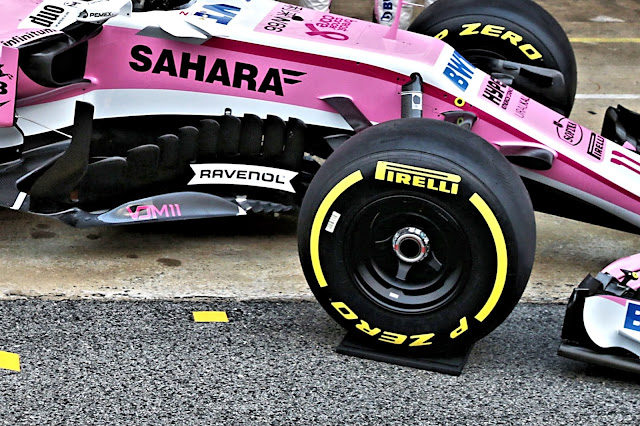 Having said that the nose and chassis transition does seem to have been gentrified, with the abrupt slope above the suspension made more gradual, likely due to the miniaturization of the hydraulic heave damper located beneath.

Lest we forget that the rules surrounding suspension systems were altered just before the start of last years campaign, giving little time to respond leaving several teams locked into a sub-optimal packaging arrangement. 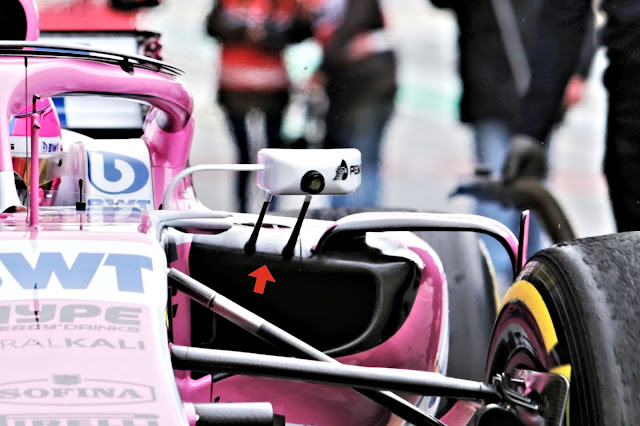 A neat feature that stands the VJM11 apart from its predecessor is the design of their wing mirrors, with , inspiration likely drawn from Red Bull whom sported a similar design as part of their update package in Hungary last season. The mirrors are now mounted not only on the inner curved support but also on two vertical vortex generating upstands, which reach out from the leading edge of the sidepod. 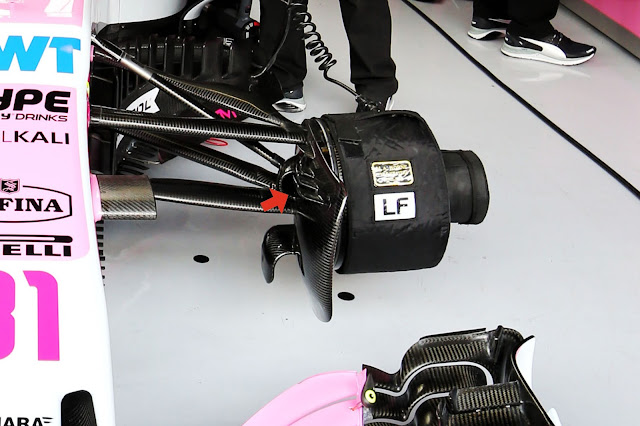 Meanwhile, the front brake ducts have been treated to some extra winglets on their forward edge, three in fact, which are placed here in order to reshape the airflow moving around the front tyre.

The introduction of the halo has put significant strain on the development of the 2018 cars and for a team like Force India, with a finite amount of resource, both financial and technical it's meant having to sacrifice development elsewhere. 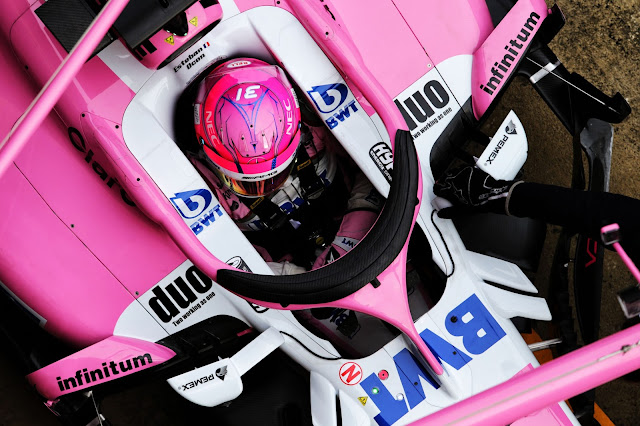 On the second day of the test they also showed their hand in terms of the aerodynamic fairing they’ll be using atop the halo. The triple element winglet is reminiscent of the one used by McLaren in the post season test in 2017 and helps to propel the airflow into more promising positions that would otherwise be affected by the turbulence created by the safety structure. 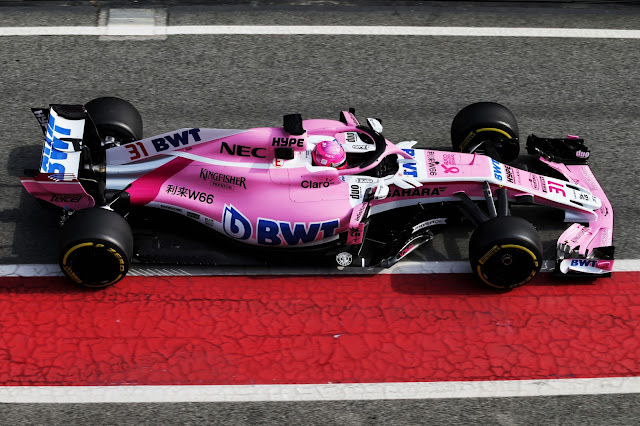 All in all the VJM11 most likely represents a reasonable leap forward, with the team having identified weaknesses in last years car and rectified them for 2018. We’ll know more about how it lines up against the rest of the field when their true aerodynamic package materialises but one thing's for sure they’ll continue to wage war with the bigger, well funded teams that they shouldn’t be able to.

Don't forget, if you like the content I create I'm trying to ramp things up for 2018 and will be providing full car illustrations for most of the field, I'll update these throughout the season to give a 'story mode' of their development throughout. You'll be able to follow this by contributing via my Patreon page - www.Patreon.com/SomersF1
Tagged
Newer Post Older Post