The design team at Toro Rosso have become synonymous with breaking innovative design features that find their way onto other competitors cars during the last few years, making theirs an exciting one to watch out for when it breaks cover. 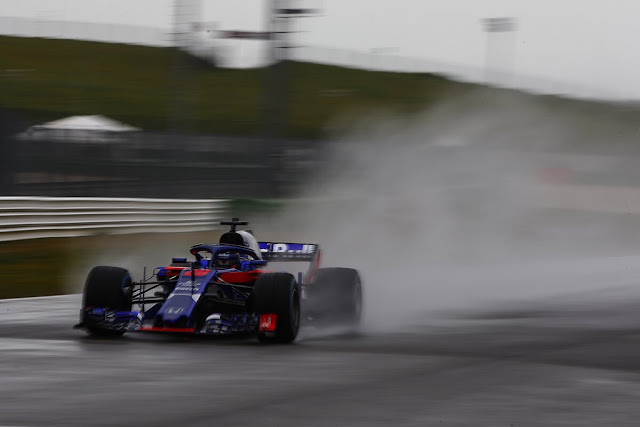 This years car is undoubtedly a compromise with the late switch from Renault to Honda powerunits for the 2018 posing a significant conundrum. If anyone can achieve such a feat it’s Toro Rosso though, as they’ve had to do similar when they made the switch to Renault in 2014, another switch back to Ferrari in 2016, when they utilsed a year old powerunit, followed by a switch back to Renault for 2017.

Even with an impressive powerunit switching resume the STR13 is undoubtedly a segway machine, with the team having to repackage the entire rear end of the car to suit the Honda powerunits characteristics, with the earliest of iterations seen on track expected to be developed apace during the opening phase of the season.

The work required to repackage the car for a new powerunit and the installation of the halo has not come without its compromises, with the team unable to push resource at areas of the car their competitors have. Namely the sidepods, with a more conventional shape and position retained, as the upper side impact spar remains in a high mounted position. Nonetheless, having made the decision to run with their front suspensions upper wishbone mounted in a higher position last year, and carried across to their 2018 design, the flow of air toward and around the sidepod could be in worse shape. 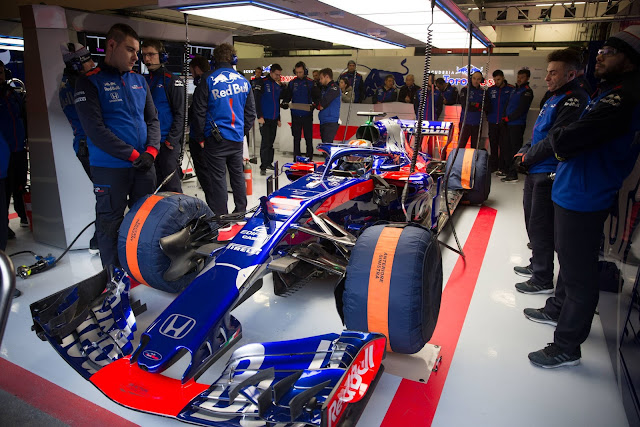 The team have reversed their decision in regard to the nose, retiring the slim one used last season and returning to a thumb tip style appendage. They've paired this with a pair of nose pillars that include a slot in them in order to drive flow through the lower, central part of the car.

Finding small gains in the nuance of the regulatory phrasing seems to be a speciality of this close-knit operation, as they operate from their humble surroundings in Faenza, Italy, whilst their wind tunnel operation is based in the UK. 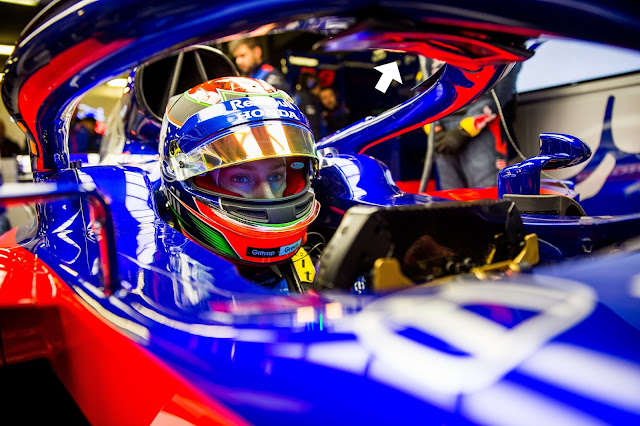 The team are the first to have shown their hand in terms of using the peak under the halo, placing a slotted winglet underneath as part of their allowance for the 20mm fairing that can be used by the teams to minimise aerodynamic disturbance. 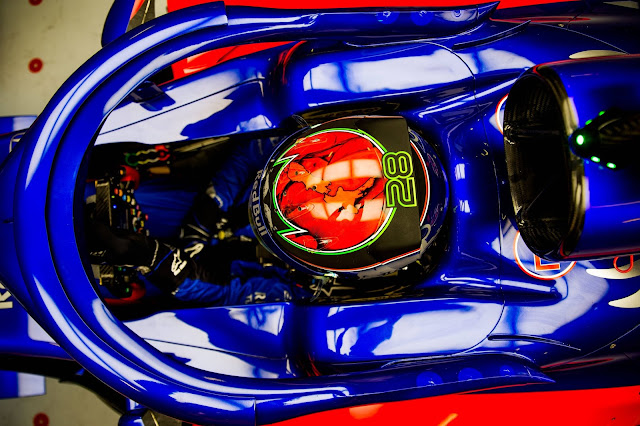 The team have also handled the rear transition with the cockpit protection in a very neat way, utilizing a boat tail shape. This is also paired with another smaller winglet, placed just inside in order to influence how the airflow moves down and around the rest of the car. 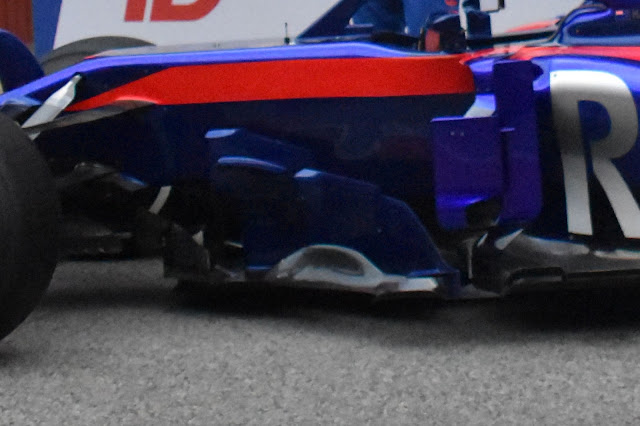 The bargeboards have been modified, as you’d expect, drawing inspiration from the sister team with the horizontal winglet placed used to control the flow of airflow traffic from the front of the car. 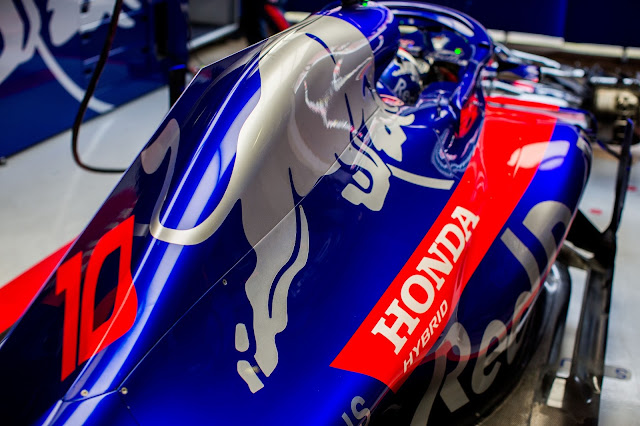 Meanwhile, the long slot near the edge of the floor has grown substantially and now appears to fully represent a hole, rather than a slot, allowing much more airflow to migrate.

Considering the design compromises that must have been needed to have been sought in order to get the car ready for testing the STR13 is a pleasant design, with plenty of scope for further improvement. Undoubtedly much of their performance will be driven by the performance and reliability of the Honda powerunit, but they too seem to have made progress and so I look on at at the fate of Scuderia Toro Rosso Honda with great optimism.

Don't forget, if you like the content I create I'm trying to ramp things up for 2018 and will be providing full car illustrations for most of the field, I'll update these throughout the season to give a 'story mode' of their development throughout. You'll be able to follow this by contributing via my Patreon page - www.Patreon.com/SomersF1