Somers Column - change is on the way, but do we need it? 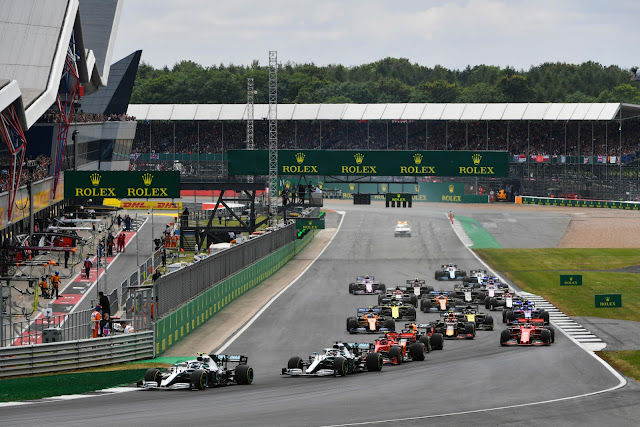 Just a few races ago there were complaints from fans and media alike that Formula One was broken, despairing at a single race due to a lack of activity. However, the two races that have followed have been barnstormers and it would appear that the modern short attention span and knee jerk reactionary crowd have been silenced, well, at least for the time being.

The important question here though, is Formula One broken? And my overwhelming response is no, nor is it in drastic need of a rethink, which is where we’re heading in 2021. So, in this article I’m going to propose some other, more metered solutions to the issues we currently face.

First off I have no doubt that FOM’s working group, headed by Ross Brawn and tasked with improving racing is doing some exemplary work. Afterall it’s been suggested that where a driver currently loses around 50% of their downforce when trailing in the wake of another car they have reduced this to approximately 10% and increased the trailing distance it’s achieved within.

Based on some of the recent racing activity I do have reservations regarding the entire prospect of the overhaul though, as whilst it sounds great to have cars that can follow one another so closely the DNA of the sport is likely in danger owing to the changes too. The mooted changes take F1 perilously towards a spec series, with not only areas of the car heavily restricted, but certain ‘none performance enhancing’ components becoming a unified design element. Now whilst casual viewers of the sport can’t identify components from one team to another I not only make a living from doing so but find it intriguing as to how ten separate teams can come up with components that although share characteristics are not identical.

Engineering is the lifeblood of this sport, as whilst people tune in to watch the race on a Sunday afternoon and cheer on their favourite gladiator it’s often decisions and manufacturing made away from the track that ultimately decide the running order. Mercedes are a prime example of this, a team that is so unified over its various engineering disciplines that it has triumphed for 5 seasons in a row and is all but an implosion going to do so again for another. FOM’s decision to dilute this from 2021 onwards, for me at least, is a turn off and frankly may be seen as one by some of those that actually compete at this highest of levels.

Afterall, the likes of Mercedes, Ferrari, Renault and McLaren to a lesser extent use Formula One as a moving advertising billboard that shows the entire world how great their engineering excellence is and why you should be buying one of their cars, rather than a rivals. Lessening the engineering aspect of the sport could be a turn off and certainly one less reason to put their own funding into the project.

As you can tell I’m not convinced what’s being proposed will fix Formula One’s ills, as I thoroughly expect Mercedes to do another 2014 and throw an enormous amount of money at the new rules before the proposed budget cap comes into play, thus giving them a buffer to the other teams in the opening phase and allowing them to pull clear as the others hunt around for the performance that’s locked into the then W12.

Talking of budget caps I firmly believe that if such a device is going to work and reduce the gap to the midfield that the mooted sums must be far less than is on the table at the moment. At 175m with concessions for driver wages, advertising and costs associated with engines it's still far too much and well out of reach of many of the smaller teams. To be decisive that figure needs to be closer to 125m, with some hefty scrutiny placed on the expenditure associated with the concessions too, as it’s far too easy to have some flexible accounting to enable costs to grow.

This would be my first gambit, rather than introduce an all-new car that will require a floor up redesign for everyone and an opportunity for some to get it right and others to get it extremely wrong. We don’t want or need a topsy turvy shuffle, we need things to plateau to a point where everyone is racing in close proximity.

Talking of close proximity, let’s talk Max Verstappen and Charles LeClerc… the racing between those two has been pretty tasty in recent races, up there with the sort of midfield battling we’ve gotten used to in the last decade or so. So, what’s wrong with the current aero regulations if lap after lap we get that kind of action? Of course there is still work to be done in order to improve what we have, with some of the current freedoms taken away in order to make the cars less predictable but to say that it’s broken is laughable. Have you ever gone back and watched what many consider to be F1’s glory years? Trust me there aren’t any, there are snippets, small moments that define those years but not wheel-to-wheel racing action week in, week out.

So, the Somers Formula (or tweaks) would be as follows and would hopefully make for a much more exciting racing (note I talk about racing, racing ie, wheel-to-wheel action is not necessarily about overtaking!)

Ditch powered steering or reduce its effectiveness dramatically - for those that want to see the drivers work harder this is a must, as it means they have to put more effort into rotating the car
Reduce areas of critical downforce development - Since the giant downforce leap forward in 2017 certain areas of the car have become critical to producing downforce, with the bargeboards and edge of the floor areas within the regulations that require some tidying up.

The development of these structures have been identified as the designers as the low-hanging fruit, easy to cherry pick as there is freedom in what can be done. The easiest way to reduce their effectiveness is to reduce the box area in which the bargeboards can exist, lower the lip on the leading edge of the floor, making it more difficult to force air underneath and reduce the area on the outer portion of the floor that can be used to create fully enclosed within - a hangup from the way the regulations were transferred from 16>17.

These are changes that will make the car a little more squirrelly, at least until the teams identify ways to recover the lost downforce, at which point you make some further detail changes, perhaps to the size of the diffuser or height of the rear wing in order that their interaction is metered.

The length of the car is also problematic to me, as it’s not only aesthetically woeful - as the length/width ratio is messed up, making the car look less aggressive, it’s also making the cars more aerodynamically stable. One major bug-bear I have with the regulation change in 2017 was the swept front wing, as this increased the nose box by 350mm a dimension that subsequently crept up by a further 25mm, making the cars longer by default. I’m not sure that it actually improves the look of the cars either and whilst it improves safety in the process it also increases weight in front of the axle meaning that has to be compensated for at the rear.

Formula One teams has for years been pushing the envelope to save weight here and sought ever more complex structures to do so, so of course I expect that the more well funded teams have been able to overcome this obstacle in ways that the smaller teams have not, especially as there has been a shift toward more complex nose structures that assist from an aerodynamic perspective.

The black art of tyres is one that requires innumerable articles but it’s quite clear to me that the switch to three compound choices has been a disaster for Pirelli, as it makes life easier for the quicker teams when it comes to one-stop races, especially as the hard tyre is even more performance oriented this year. I’d propose a switch back to the two compound scenario with a larger gap in performance between the two compounds available at each race, that way it forces their hand - really struggle on pace to make a one stop work or go flat out for a multi stop strategy.

The lack of variance in race strategy is also driven by other factors, the most obvious being fuel load, as whilst the regulations have seen the maximum fuel load increased to 110kg to account for the increase in drag it’s still not enough to create divisional thinking and allow the drivers to push throughout the race*. Jean Todt has recently proffered a return to refueling in 2021, worth a cursory glance in its own right but not one that will likely lead to a great deal of strategy variance in my opinion. Instead I’d take away the maximum fuel load criteria and allow the teams to choose how they go racing.

Whilst this potentially means heavier cars at the start of a race it also means they’ll be forced into more tyre stops and we’d have a variance up and down the grid as each team choose a way to go racing that suits their car/direction, much like we had in the V8 era.

I’d also make some changes to the fuel flow restrictions and ERS model too whilst I’m at it, giving the drivers more tools when they require and forcing them to recover more energy at less critical phases in the race. Still at 100kg/h, I’d suggest upping the fuel flow limit in order that the engine can make more peak power, whilst the MGUK is surely at a stage that allows us to push beyond the current 120kw (approx 160bhp) to something a little more potent for when battle ensues.

I’ve also made my feelings about DRS heard in the past but in short the current format for me is somewhat contrived. I want both drivers, both the lead and chasing driver, to have tools at their disposal to fight and my suggestion would be to have a set number of uses per race, deploy them how you see fit but once they’re gone, they’re gone.

Anyway I’ve banged on enough, for me I’m struggling to see the rationale for full blown change other than Liberty stamping their mark on the sport, for me it’s just easier to fix what we have, rather than the risk of another runaway Red Bull or Mercedes. I think this is where the teams are at too and why it’s taking so long to sign off on what appears to be a diluted version of FOM’s original vision.


*In fact the teams will always slightly under fuel the car for a given circuit and do some management throughout a race as fuel is just extra weight that must be carried, which results in a time loss.